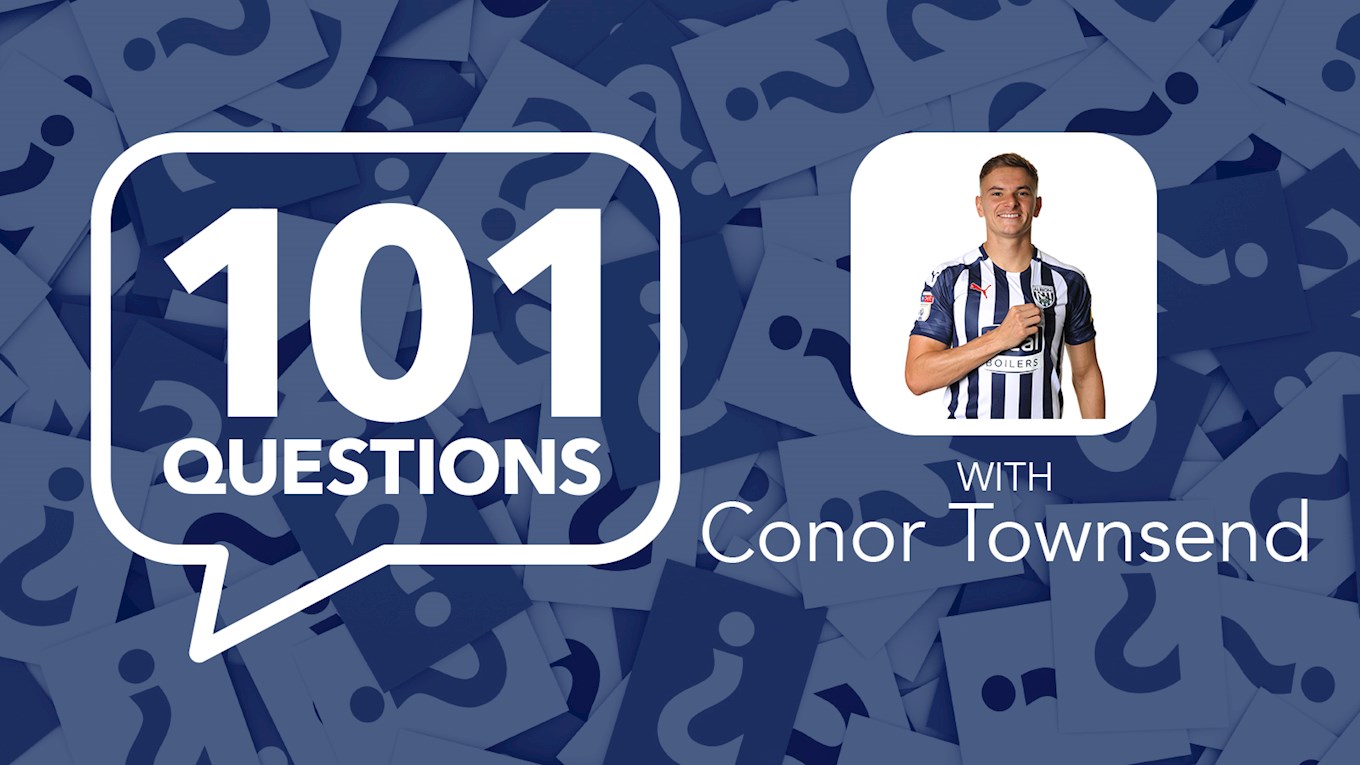 Conor Townsend is the next Baggie to take on 101 Questions; a feature which fires random questions at Albion's players.

To kick-off, the players pick ten numbers, each which have a question behind them, and then they must answer the question behind each number they have chosen.
Let’s get to it.
So, first off Conor, please can you pick your ten numbers?
No problem, I’ll go for 7, 14, 22, 49, 66, 72, 75, 83, 92 and 98.
7 – What was the first holiday you remember going on and who did you go with?
Probably Spain. My grandad had a villa out there so from me being about three or four years old we always went there as a family.
14 – Who is your best mate in football and how long have you known them?
Rory Watson, who is at Scunthorpe and Will Aimson who is at Plymouth Argyle, I’d say. Football gives you the opportunity to become friends with people from all over and I’m blessed to have made friends for life at every club I’ve been at.
22 – Favourite stadium you’ve played at and why?
The London Stadium. To score the winner there with 5,000 Baggies fans watching was special.
49 – What’s the biggest compliment anyone could give you?
That I was an all round nice guy.
66 – Are you spontaneous and what’s the most spontaneous thing you’ve ever done?
I would say I am spontaneous but can’t actually think of anything spontaneous I’ve actually done. Haha, so maybe not, I don’t know.
72 – If you could have a role in any film or series, which role would you have and why?
Game of Thrones is the series I’d like to be in, and Tyrion Lannister is my favourite character - but I’m not sure I’d fit the bill.
75 – What’s the funniest thing a referee has ever said to you without naming them?
Nothing. Referees aren’t funny.
83 – If you had to keep one fast food chain open, which one would it be?
It would have to be Five Guys, hands down. It’s my guilty pleasure.
92 – If all the Albion players had to compete against each other in every Olympic sport, who would come out on top overall?
That’s a tough question. I’d say between Semi Ajayi and Matty Phillips. Maybe Jake Livermore would be a dark horse, though.
98 – What is one thing you wish schools taught children?
I never learnt anything about mortgages or taxes at school and that is something everyone will use in adult life, so probably that.