Selection headache for Slav ahead of 'big' Brentford clash 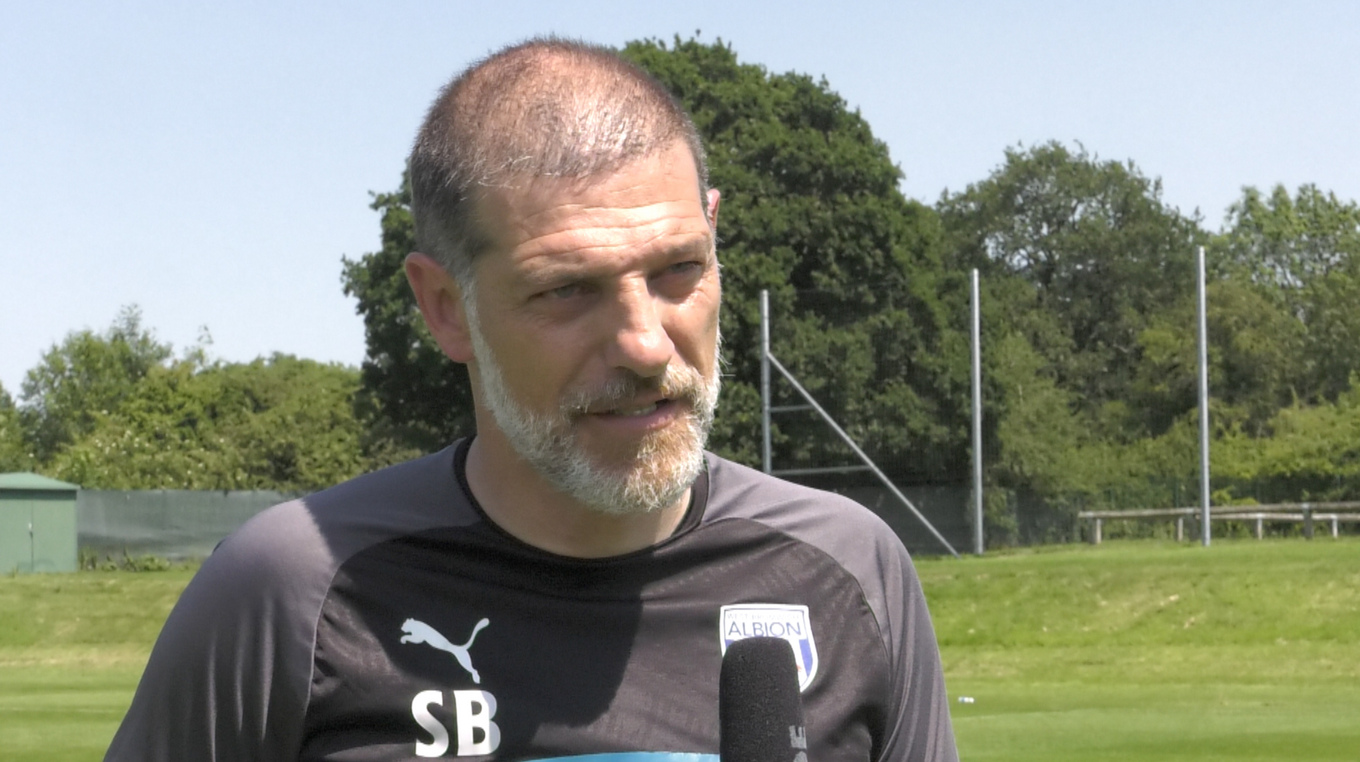 Slaven Bilić is considering his options as he reports a full-strength squad for one of the key games of the Championship run-in.

The Baggies head for Brentford on Friday night and a showdown with the fourth-placed team who came back into action last weekend with a valuable 2-0 win at Fulham.

Albion’s goalless draw against Birmingham City still proved to be good enough to take Slav’s men back to the top but, just as importantly, all the players emerged from their first action in three months with a clean bill of health.

Talking to WBA TV before what will be the Club’s last ever fixture at Griffin Park – Brentford move to a new stadium for next season  - Bilić admits he is weighing up his options.

“I’m thinking about our options, we have different options,” he said.  “Not because of fatigue. That will come but we’ve had five days of good preparation. But it’s about team, the cause that we all have and share.

“We all have to sacrifice for the team if necessary. The guys are doing brilliantly. And make no mistake - especially after the Brentford game - we’re going to need every player.

“It’s a big test of course but then it’s also a normal game. We approach it in a good position, a good state of mind and it’s only one of eight games remaining. We have a lot of big games but considering our situation we know there are two important games Brentford and Fulham. But we are concentrating on all our games.”

Slaven expects his forwards to have added an extra level of sharpness – though still not necessarily operating at maximum capacity – for Friday after coming up scoreless against Blues.

He believes that only match practice can bring them to peak levels but noted that Fulham and Leeds were both a little ‘ring rusty’ on the Championship re-start.

“It was like the first game of the season,” he said. "No matter how good everyone has been in training beforehand, it is only matches that brings that sharpness.

“We are still disappointed we didn’t win. But considering everything, what I said after the match became more valid to me when I see other teams playing and results.

“Most of the guys playing up front lacked that sharpness that you can’t get in training. It’s not about motivation or training it is about that sharpness in the box, match sharpness and for that you need matches.

“So we lacked that. Enough times we were in dangerous situations but everything was blocked. But Fulham, Brentford, Leeds at Cardiff, Preston, Forest… Most of the games around the top six with teams trying to have possession showed this.

“I expect our sharpness to be better after one game. But also it isn’t going to be the same type of game we’re playing – all credit to Birmingham who were fighting behind the ball –  but it won’t be the same game when we face Brentford.

“For sure they will test us but they will know that with our quality we will test them too. Most of all, it should be a great game.”