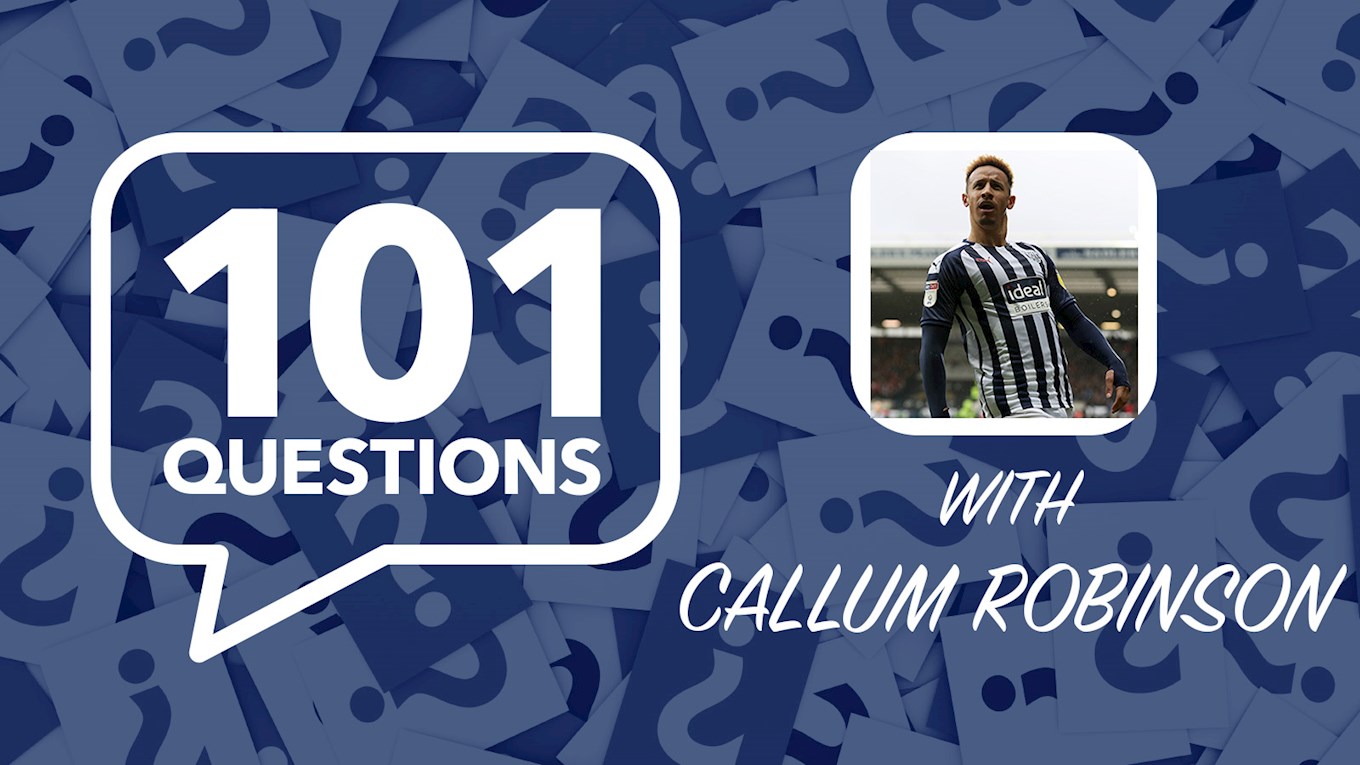 Welcome back. You know the game by now.

But just in case you need a little recap…

The player on show picks ten numbers between 1 & 101. Each number has a random question behind it which the Albion man then answers.

Callum Robinson is next up. Check out his responses below.

Thank you for taking the time to join us, especially now you are back at training, Callum. Which 10 numbers are you going to pick?

2 – What was the first FIFA World Cup you remember watching and what moment sticks out in particular?

“The first World Cup I can remember was the 2002 World Cup in South Korea and Japan. The goal Ronaldinho scored for Brazil against England when he lobbed David Seaman, that sticks out for me."

7 – What’s the first holiday you remember going on? Where did you go and who did you go with?

“I think that would have to be when I was about seven years old actually. I went away with my mom to Torremolinos in Spain."

10 – What are your favourite pair of boots you’ve ever worn and why are they special to you?

“Adidas f50 Adizeros. I wore them when I was with Aston Villa and we managed to win a competition called the NextGen Series in 2013. After winning that tournament I got myself in and around the first team.”

12 – What is your signature dish in the kitchen?

“Tuna pasta with mayo and sweetcorn.”

15 – Tell us a funny story from your childhood?

“I’m struggling with one here to be completely honest. Next haha.”

37 – What is your favourite city in the world and why?

“I really like Paris. I think it’s a nice, modern city with really nice food and plenty to see and do.”

47 – Who is your favourite Harry Potter character and why?

“Ron Weasley absolutely cracks me up. He’s just so dopey.”

54 – Which personality trait do you wish you could instantly adopt?

“Maybe to be more serious sometimes. I might be able to become the skipper then!”

77 – What do you normally do on a Sunday following Saturday’s game? Talk us through your day?

“I’ll normally get up, have breakfast and then just chill out by maybe watching a film or something like that. I’ll take the dog out for a walk and then have a Sunday roast dinner. In the evenings I’ll jump in the bath and either watch television or play FIFA before going to bed.”

99 – What’s the best concert or gig you’ve ever been to and why?

“Jay-Z and Kanye West together was unreal. I like going to see Drake as well.”