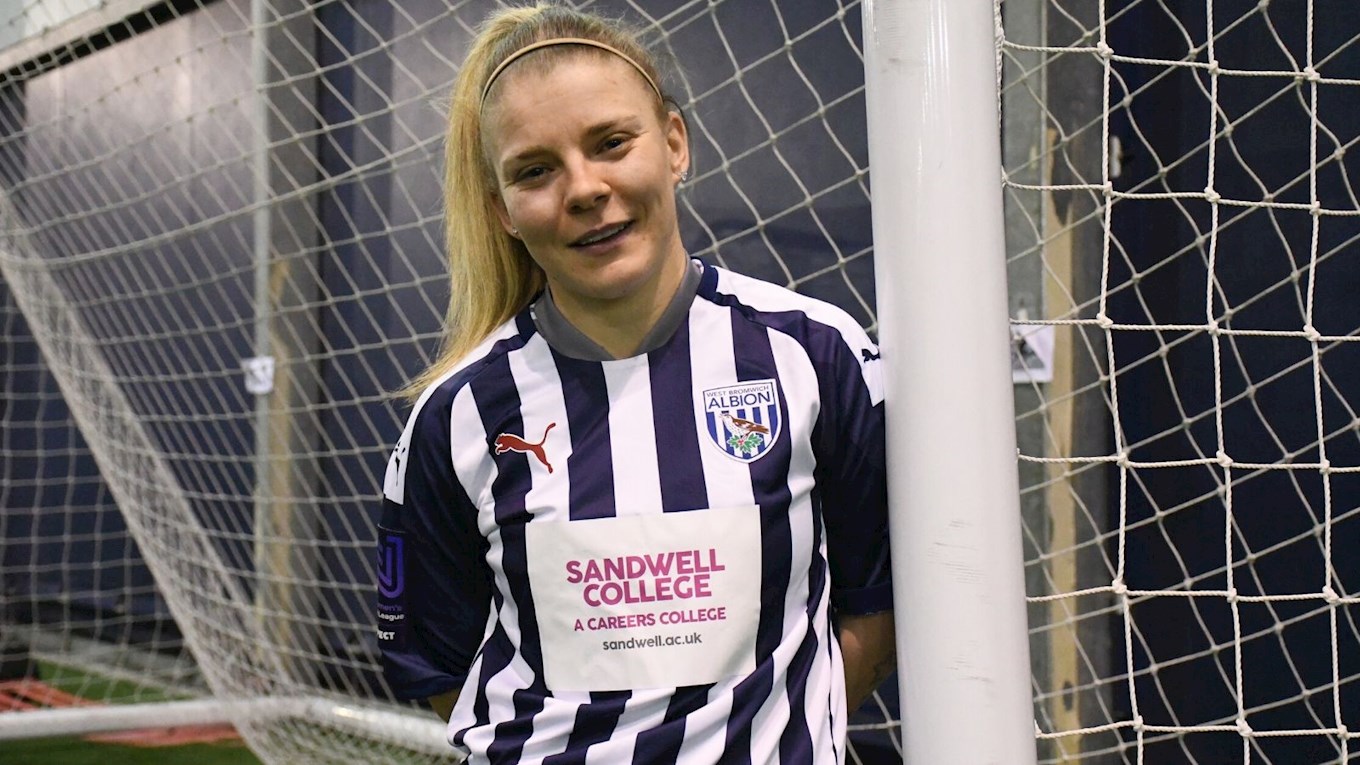 Albion Women have strengthened their midfield department by adding Leigh Dugmore to their ranks.

The winger joins from Leicester City Women in the FA Women’s Championship, having spent three years at the Club.

The 29 year-old has previously represented the Baggies before joining the Foxes, and rejoins boasting a wealth of experience.

Dugmore was planning on taking a break from football, but after talking to Head Coach, Louis Sowe, decided to join Albion.

“I wanted a break from it but Louis got in touch with me so I thought I’d come back and see how I feel and get going again,” she said.

“I can’t wait to get going. I know a lot of the girls and I’ve played against them a few times so it will be good to play together as a team.

Sowe is happy to add Dugmore to his squad.

“I am delighted to sign Leigh. A player we feel will add another dimension to our attack and will certainly improve us as a squad,” he said.

“As soon as we knew she was available we had to work hard and quickly to secure her, this is a fantastic coup for us and demonstrates the way the Club is heading,” Sowe said.

Dugmore has already begun training with the squad ahead of Sunday’s County Cup encounter at Solihull Sporting.