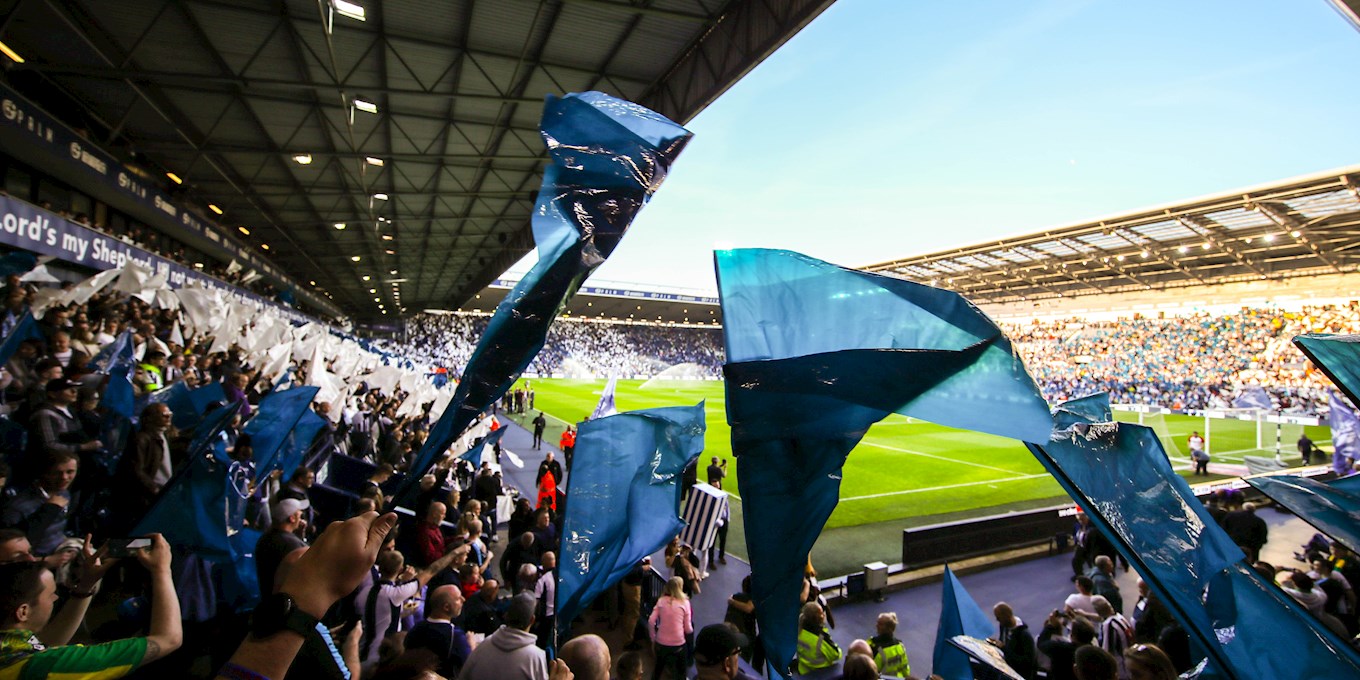 Following our countdown of games that shook The Hawthorns, you’ve been telling us your all-time favourite atmospheres at the shrine.

From a win over our oldest rivals to celebrating the life of an icon, you came up with some spine-tingling stories of your favourite occasions.

Let’s kick things off with our competition winner, Lauren from Oldbury, who has won a signed replica 1968 training jacket for her account of a day we paid tribute to an Albion legend. The most sensational atmosphere at The Hawthorns was not necessarily the one that left me feeling happy but thoughtful and humbled instead. That game against Southampton, the one where we celebrated the life of Cyrille Regis.

Emotional for all different reasons, I arrived at the ground early and joined the massive queue to purchase a scarf, headed to my seat and the tributes began. Unfortunately I am not old enough to have ever witnessed Cyrille Regis play football for West Bromwich Albion, but from what my Dad has told me he was something really special.

That game was a lot to take in, beautiful renditions of the Lord’s My Shepherd sang, a sea of Blue and a White Scarves were raised, as well as Red and White ones, which is genuinely why I love football - the respect from the opposition for a true legend of the sport.

There were chants galore and not a dry eye in the Stadium. Nice One Cyrille! I will never forget that day, I will always be proud to be a Baggie. There have been certain games in my years of watching the Albion when the atmosphere on the terraces was so overpowering that you knew we would win.

The FA Cup sixth round against Nottingham Forest was one of those occasions that 'shook The Hawthorns’.

Forest were a great great side, in the middle of an unbeaten league run and coming to The Hawthorns with all the confidence that a Brian Clough team could offer. We had beaten some top sides in the cup that year, Manchester United after a replay and Derby County away showing we could compete with the best.

Going through the turnstile that day there was a feeling that no one could beat us. The noise before the teams came out was deafening. End to end attacking football by two great teams but we had Cyrille!

Scoring in front of the Brummie Road sent the crowd into heaven. I will never forget the noise, the passion and that 2-0 victory. A game, a day l will remember forever. I have lived in Australia since I was 12 years old (we moved in 1970). Just before we emigrated, my Dad (born and bred in Erdington) took me to The Hawthorns to see Albion v Tottenham.

It was toward the end of 1968-69 season, and the game had nothing riding on it. But rather than showing little interest, the players 'turned it on', they seemed to be playing for the joy of it.

As I recall (from the distance of 50 years!) Spurs took the lead through Cyril Knowles. There followed a couple of goals from Jimmy Greaves, and one from Bobby Hope.

I think that Albion sensed something was possible out of this, the crowd certainly picked that up. They began roaring and encouraged the Albion to lift. With 20 minutes left we were 3-1 down, but pressing Spurs. “The King” got a couple to level the scores, and the noise level went through the roof.

Then, with only minutes remaining, a cross came across from the right and Bomber Brown met it on the volley and nearly burst the net!

I walked out of the ground floating on air, and it was 35 years before I was able to get back to England and The Hawthorns.

I don’t expect to win anything here, but recalling it has brought back a flood of memories of that day, and that period of my life. My favourite Hawthorns atmosphere was most definitely the second leg of the Play-Off semi-finals against Swansea City in 1993. The Days leading up to the game were fraught with nerves, sleepless nights, imagining the permutations and possible outcomes.

We had managed to grab an all-important lifeline to make it 2-1 to the Swans at the old Vetch Field, with the second leg (almost) in the balance we knew we needed to keep a clean sheet, and hope that Bob Taylor would grab a few goals to equal or beat the great W.G Richardson’s record which had stood for almost 60 years at that time.

I remember the evening of the game, and the journey to the Hawthorns, the walk up the Birmingham Road from the Town and the nervous electric atmosphere the fans were emanating. It felt as though there was magic in the air and an air of optimism and confidence and excitement.

My Place at the shrine was a standing ticket in the Smethwick End. Just entering through the turnstiles you could just feel the tension and nervous energy, up close and personal with your fellow Baggie, shoulder to shoulder standing tall and proud.

I remember as the teams came out, the wall of noise and commotion coming from all sides of the ground reminded me of Ben Hur in the Colosseum, the Brummie Road packed and swaying, the Smethwick End Baggies drowning out the Welsh counterparts next to us, the Rainbow Stand bouncing!

History will tell you the names of the scorers this night, it will show that the Swans went down to 10 men, that we went in extra time to hold our lead and it will state that we continued our mission and went to Wembley and gained promotion, but it won’t give you the nerve tangling feeling we all felt, it won’t allow you to see the thousands who boinged boinged all the way home.

I believe after the night we had little doubt that the unstoppable juggernaut was trundling toward promotion, we had lost to Port Vale in the league home and away but their team and fans didn’t expect the momentum we had gained from such a wonderful special evening in the Black Country. We were unstoppable, it was written in the stars. At the age of 33 I have seen so many good times at The Shrine and if this question was asked before May 14th my answer would be different.

I was there for that first Premier League promotion. The battle against Crystal Palace that would start putting our club back with the rest of the top flight teams. It was rocking, not one silent fan. At the age of 16 I had never been part of anything so magical.

My eldest Daughter, Lily-mai (8) has been a season ticket holder for 2 years, whilst this season my youngest daughter, Tayla (4) (named after Sir Bobby Taylor, my wife got the choice on the spelling) joined us for her 1st season.

My eldest daughter was so emotional at seeing all the fans joining together. She asked ”why is nobody sitting down? This is brilliant". And that is what made this game my special moment, because for the first time I could see the emotion in my daughters’ eyes. I could see that she had become embedded in to the Albion family.

It is one thing experiencing all the good times at The Hawthorns and remembering all the fantastic moments, but no moment, no experience, is greater than a father seeing his children live and breathe what you have all of your life.

Which is why despite the result, the second leg of West Bromwich Albion vs Aston Villa will forever be lived inside my head as my all time favourite atmosphere.