Get ready for Rainbow Laces day on Sunday 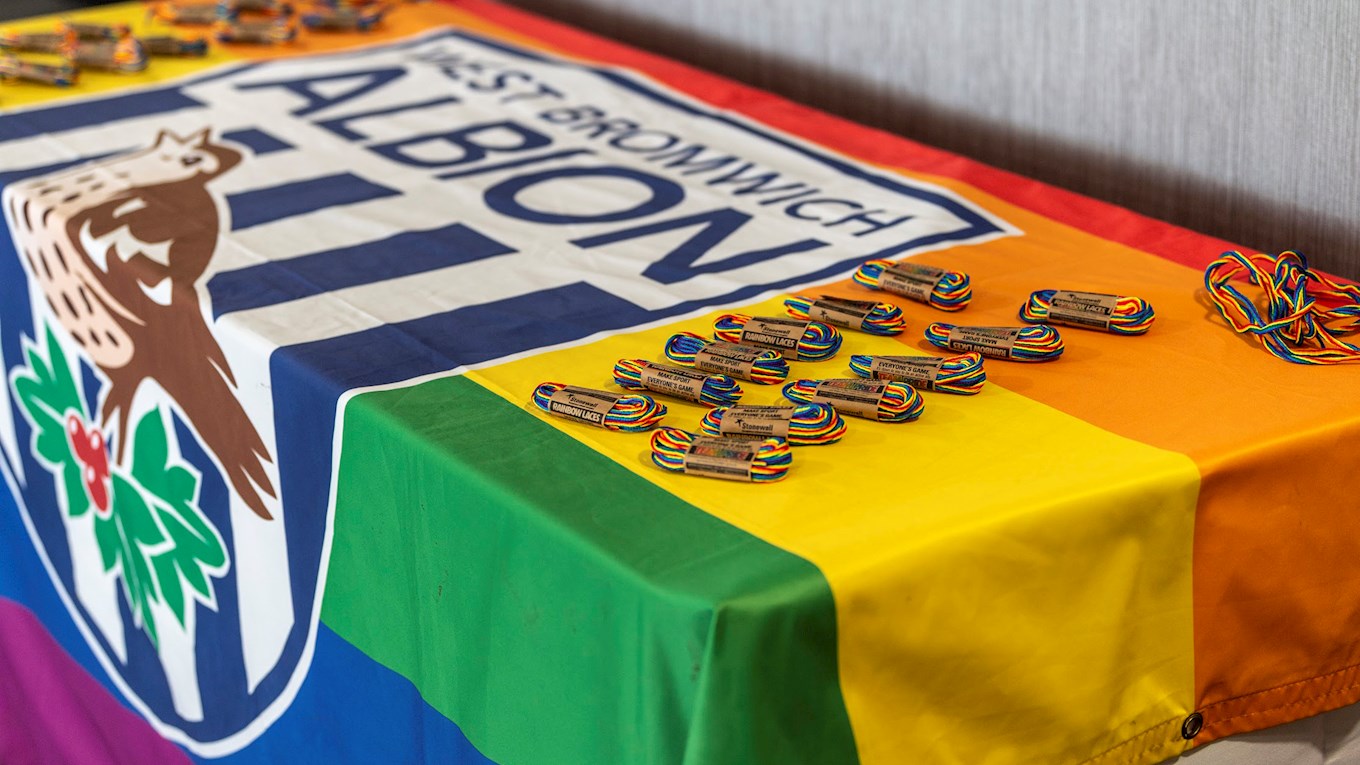 Albion will celebrate their designated Rainbow Laces fixture on Sunday when Slaven Bilić’s Baggies take on Swansea City (ko 12pm) - and here is all you need to know about the day.

Stonewall’s Rainbow Laces campaign is centred around raising awareness of LGBT+ equality and the Club have lined up a series of initiatives to embrace the diversity of its fan base at The Hawthorns.

Before the game, a Proud Baggies fan mosaic will be unveiled on the big screens. Using coloured photos of fans as mini tiles, Albion’s LGBT+ supporters’ group have recreated their logo in a wonderful piece of fan art.

Albion’s first-team players will complete their pre-match warm-up in Proud Baggies T-shirts before a rainbow flag greets players as they emerge from the tunnel. Our captain will also don the Stonewall armband.

The Club's social media accounts will show a series of messages from first-team players, while Proud Baggies patron Richie Anderson has his say in Albion News, which also has a small rainbow featuring on the comic-themed front cover.

Richie will also be co-hosting as match announcer at The Hawthorns.

Furthermore, in the build-up to the Rainbow Laces fixture Proud Baggies carried out a successful stadium tour which 45 members and guests attended.

Elsewhere, Albion Women will also play their Rainbow Laces fixture on Sunday when they take on Lincoln for a place in round three of The Women's FA Cup, with Proud Baggies attending their training session to show support in the build-up to the cup tie.

We were delighted to welcome @WBALGBT to training tonight ahead of our #RainbowLaces game on Sunday.

Proud Baggies was officially launched in September 2017 with the view to bring the football and LGBT+ family together.