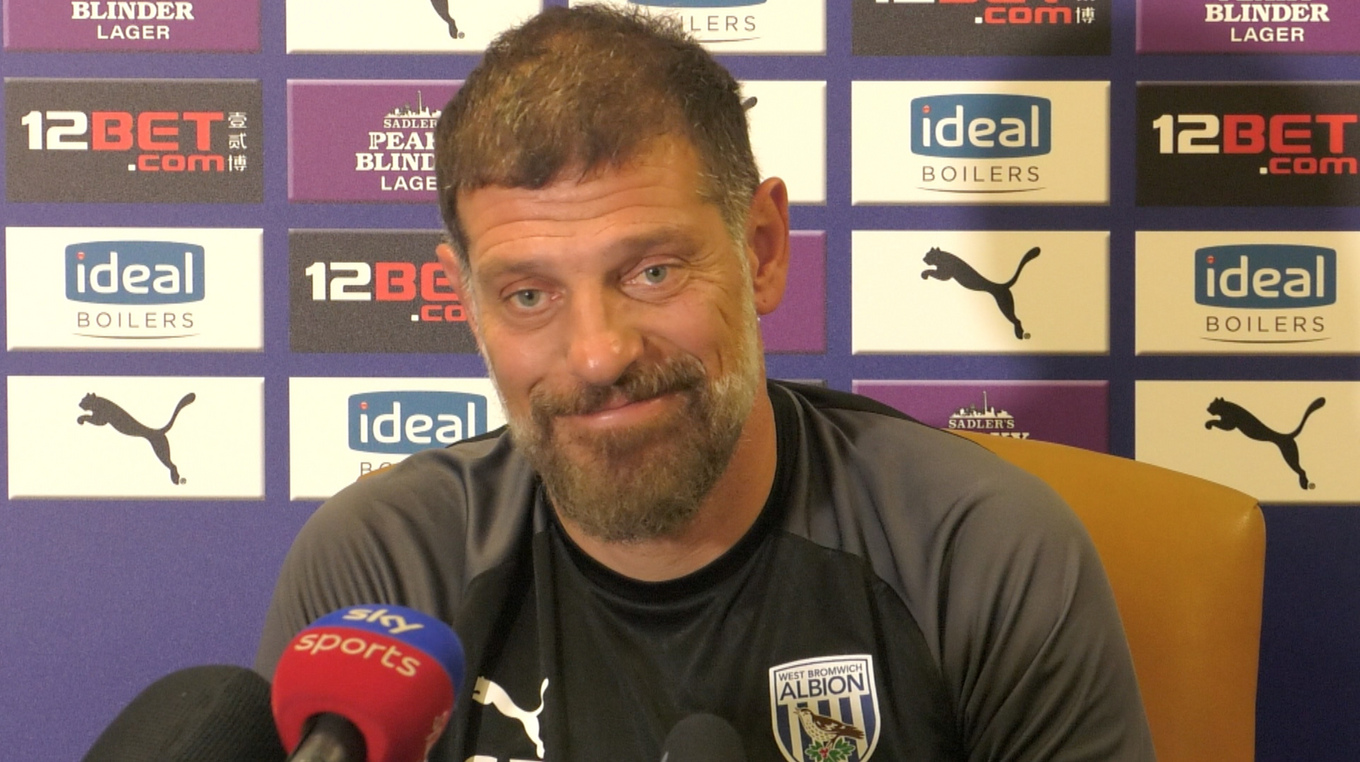 Slaven Bilić addressed local and national media on Friday morning ahead of the opening-day trip to Nottingham Forest.

The Baggies travel to the City Ground on Saturday with the game set to be broadcast live on Sky Sports (ko 5.30pm).

Slaven on the dawn of the new season…

“I feel good, I feel excited, I feel ready for the first game. We’ve been training really good. We are fit, we are fresh, we are exactly where we wanted to be one day before the start of the season and that’s it, we are ready."

On his squad and potential transfers…

“I’m happy with my squad, but we are still trying to get a few players because, as you know, last season we lost 12 players and eight or nine of them were regulars in the team. This is a long season.

“We have a good team, we have a good squad, but we have to add not only numbers, but also quality. We want competition because that’s the best thing for a manager to have in a team.

“We are still active and hopefully we are going to do it before the end of the transfer window.

“The guys who started pre-season I’m extremely happy with, with their work-rate, their motivation, with the standard of the training, both physically and technically.

“It all gives me not just hope but also optimism that we’re going to be good and play some good football. At the same time we will be very organised, very responsible, but always on our front foot.

“I would like to strengthen each line so one defender, one midfielder and one forward.

“Hopefully we are close but in football you never know, you can be close and the next day it is far away and the ones that looked far are closer.

“It’s not easy, we see even the bigger clubs where money is no issue unable to get their prime targets.”

“That’s our aim, it’s in West Brom’s DNA. It’s a club that wants to be in the Premier League so that definitely has to be the challenge, but you could say the same for at least 10 of the other clubs - a minimum of 10 in the Championship. They also have great history or ambitions or the money to challenge for that.

“As I said, it would be a shame not to add a few players to this quality squad that we have. Then would be in a position where, if other things click, to really challenge for promotion.”

Slaven on the Championship…

“The Championship is the pure essence of football and I’ve been missing that.

“When I was in the Premier League with West Ham we used to watch when we had dinner on a Friday night. All the big countries have strong second leagues. In Germany the stadiums are full, in Spain they have a strong league, in France, Italy. But this is definitely the second league that is being watched across Europe and probably the world.”

“They used to be European champions, for a couple of seasons. They have everything, the fanbase, the size of the club and everything, the community. They are also definitely hoping and planning to go up. They have a very ambitious owner as well. They’ve brought in a new manager and some new players.

“We watched their game against Real Sociedad and they played some good football.

“It tells you everything about the Championship that in the first round there are big games straight away. There’s Forest against us but I bet there’s a few other games that are very attractive on paper. That says by itself the size of the league.”

Subscribe to a free iFollow package to watch the full conference.