Slaven on his opening day success 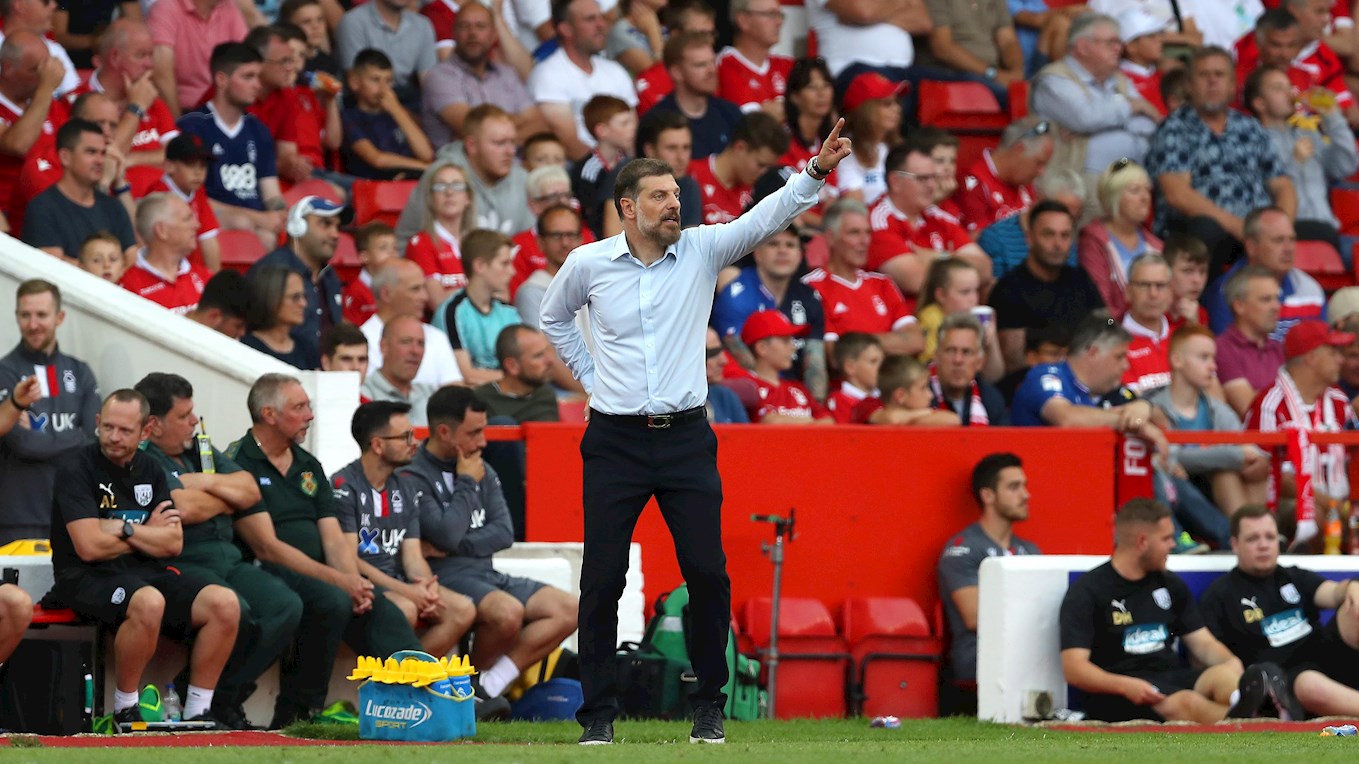 Albion fans finished a glorious opening day singing the name of the new Head Coach - but Slaven Bilić was not in a mood to be carried away by a 2-1 victory.

Slav conducted an exhaustive round of media interviews from which his message was clear: Well done everyone, but there is so much more work to be done.

Here’s his reaction to the key questions.

His team’s performance: “Yes, it was pleasing in part and I am obviously happy for the win. This was a very big challenge for the team. We are not up to 100 per cent match fitness - neither are the opposition at this stage - and there is clearly more to come.

“When the home team is losing, they have to take risks and they did and with the quality we have in the side, I expect my team to create five clear chances. We created one for Kyle Edwards. That was it. We have to do better then that.

“We looked as if we were happy to hold the 2-1 lead but that can go in a single moment. But we defended very well and I was happy with that. But we must be better when we have the chance to punish teams who are forced to take risks against us.”

The two goals: “I would not be in such a hurry to blame the goalkeeper.

“I would take absolutely nothing away from Kyle Edwards and his first goal. His move one way and then the other is so quick to create the space for the shot. And then although the shot is not in the top corner it is still difficult for any goalkeeper to deal with.

“The second? Is it a cross or is it a shot? I don’t know. But I tell you what it was - perfect. It can only beat the goalkeeper because it is so perfect. And the technique to strike the ball from that position and for it to be in the one area that the goalkeeper cannot reach? That is just unlucky for the goalkeeper. I think the strike had everything - it had power and ‘whip’ and it was perfect. So no, I would not be blaming the goalkeeper for our goals.”

Nathan Ferguson and Kyle Edwards: “I have thought they were capable of performing like that since I came into the club. They have both earned their chance to do this. But please - they are only young. Football is not always like this. We have to manage them, we have to look after them. We need the help of their families and their agents to do this and I am sure they will.”

The occasion: “It was everything I expected. I do not separate this ground from the Premier League. This was no different to the Premier League. It was English football and everything that I have come back to enjoy and experience. I’m a glad our supporters have enjoyed the day but it is just one game. That is all. One game.”