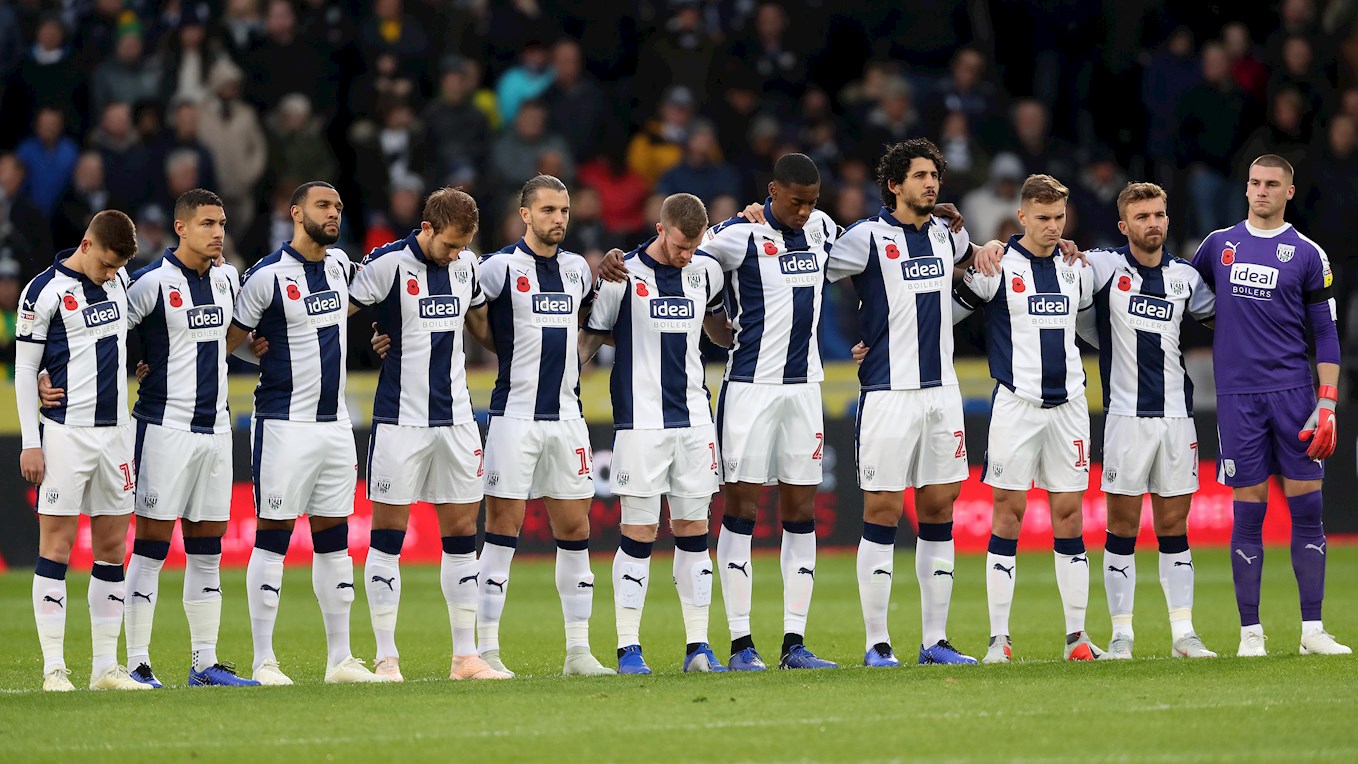 THE HAWTHORNS will stage a special series of tributes before Saturday’s Remembrance fixture as we mark the centenary of the end of WW1.

Albion have joined with the Royal British Legion, the 4th Battalion Mercian regiment and the 1914 Sikhs and cadets to honour the nation’s services and those who gave the ultimate sacrifice in the 1914-18 conflict.

The RBL are our charity partners for the game and will welcome visitors to their stand in the Fanzone in the build up to kick-off against Leeds United. There will be poppy collection points around the stadium on the day.

Other tributes will be paid by the Fourth Mercian band who will be playing in both the Fanzone and pitchside before the game.

The teams will leave the tunnel flanked by a guard of honour which will include members of the 1914 Sikhs, helping draw attention to their regiment’s brave contribution to the front-line war effort during the Great War. A minute’s silence will then be held before kick-off which will include the playing of ‘The Last Post.’

We’ll be giving our supporters more details of this week’s special events as we build towards Saturday’s game, including details of a new fans’ group designed to bring together Baggies fans within the armed and emergency services both at home and abroad.

And we will also be giving details about plans for the auction of Albion's match shirts, bearing the poppy symbol, which will also raise funds for the RBL.

The Royal British Legion’s work is encapsulated in its motto: Live On – to the memory of the fallen and the future of the living.

The Legion is the nation's biggest Armed Forces charity providing care and support to all members of the British Armed Forces past and present and their families.

It is the national custodian of Remembrance and safeguards the Military Covenant between the nation and its Armed Forces. It is well known for the annual Poppy Appeal, and its emblem the red poppy.