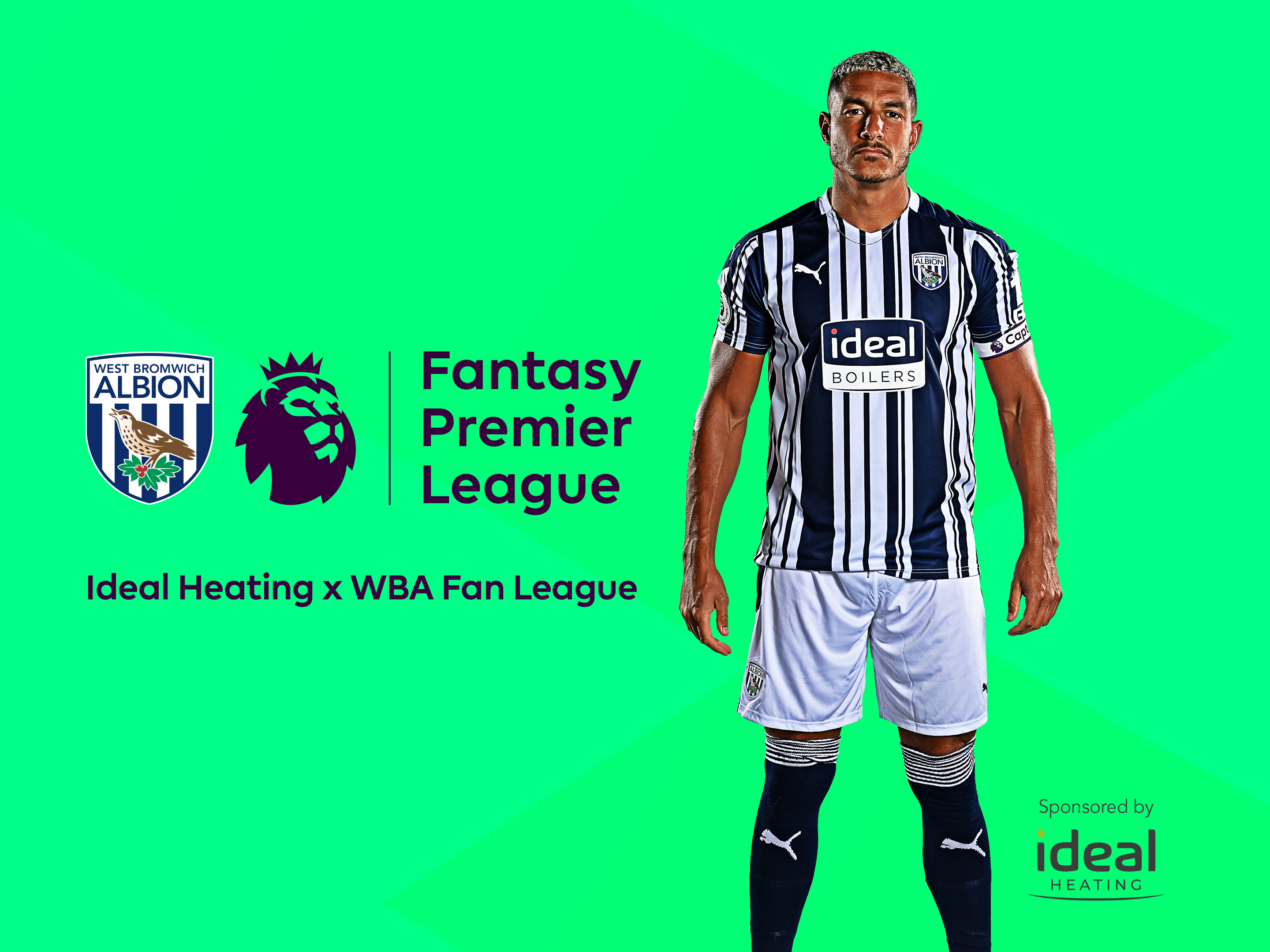 Albion and Ideal Heating have launched a Fantasy Premier League competition for Baggies fans to enjoy.

All Albion fans are invited to join the ‘IDEAL HEATING x WBA FAN LEAGUE’ which starts from game week 9 and will run until the end of the current Premier League season.

The overall winner of the competition will secure a truly unique prize and – more importantly – the bragging rights as the top Fantasy Premier League player in the club’s fanbase.

A Manager of the Month trophy will be awarded to the league’s top performing player for each calendar month.

Albion fans who already have a Fantasy Premier League team can join the league with their existing squad or create a new one with a fresh account.

Please be aware ‘Chips’, such as ‘Triple Captain’ and ‘Free Hit’, that have already been used by existing players will not be available when joining the IDEAL HEATING X WBA FAN LEAGUE with their current team.

The deadline to get involved in time for game-week 9 fixtures is 11am on Saturday, November 21.

*If you already have a Fantasy Premier League account and team sign in and skip to step 7.

3. You will receive an email asking you to activate your new Premier League account – do so using the button in the email.

6. Enter your squad and input your team name

7. Select ‘Leagues’ from the menu bar

9. Select ‘Join a league’ under ‘Join an existing league’

11. Input the code cadcz3 into the box and click ‘Join league’

You are now in the league!