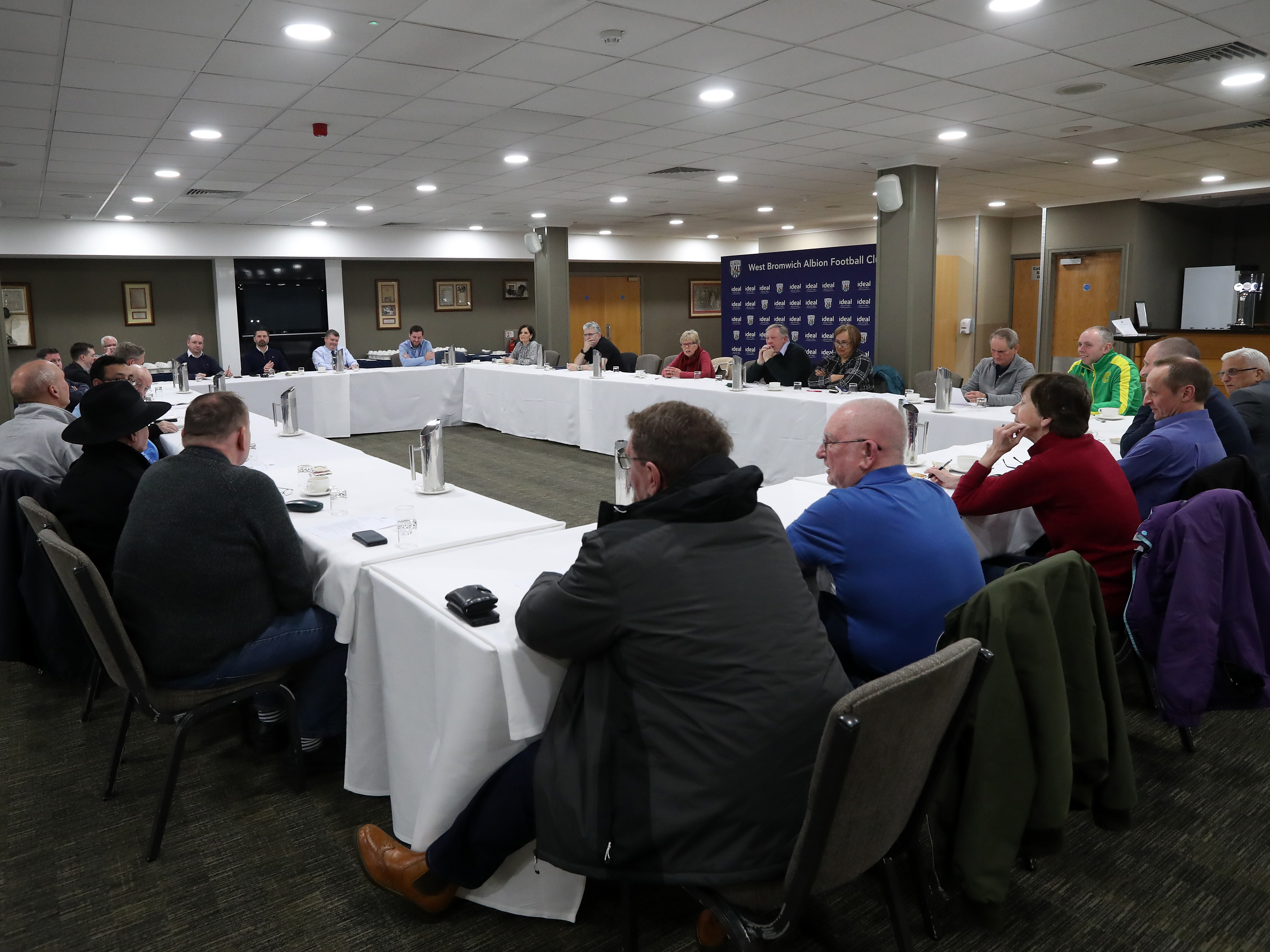 The Albion Assembly was launched in January 2015 with the aim of giving supporters a direct channel of communication with the club.

The fans' group has since established itself as a permanent, effective and invaluable link between Albion and its fan base.

Quarterly meetings, which are recorded by the media team and minutes made available on Albion's official website, have provided a place where the club can plug into the main-frame of fans' thinking and react accordingly.

It has proved itself to be a place for responsible, productive and progressive debate in which the club have been able to listen to supporters – with directors and board members regularly appearing to face Q&A from members.

The Assembly's membership is intended to reflect the different ages, ethnicity and gender of the wide-ranging Albion fan base.

In March 2017, the Assembly approved, by a unanimous vote, the additional election of four new members recruited from BME communities, with the fans' group keen to reflect the diverse ethnicity of its supporter base and add to the Assembly's ability to represent an ever-widening breadth of the community.

The first meeting in early 2015 was concluded with the appointment of Hannah Weaver as Assembly vice-chair, while the Albion Assembly twitter account, @WBAFCAssembly, was also launched in the subsequent days.

In April 2016, the club kicked off the next phase of its efforts to build dialogue with supporters by starting the search for a youthful version of the same concept, the Junior Assembly.

The club appealed for young Albion fans aged 14-18 who could assist with ideas, concerns, issues and initiatives important to our younger supporters.

Around a dozen enthusiastic, Baggies-mad volunteers were selected as the voice of Albion's young fans - able to promote and advance ideas to improve the club's appeal to their generation.

In addition, it was agreed that provision could be made for Junior Assembly members to join the Albion Assembly when they exceed the age limit.