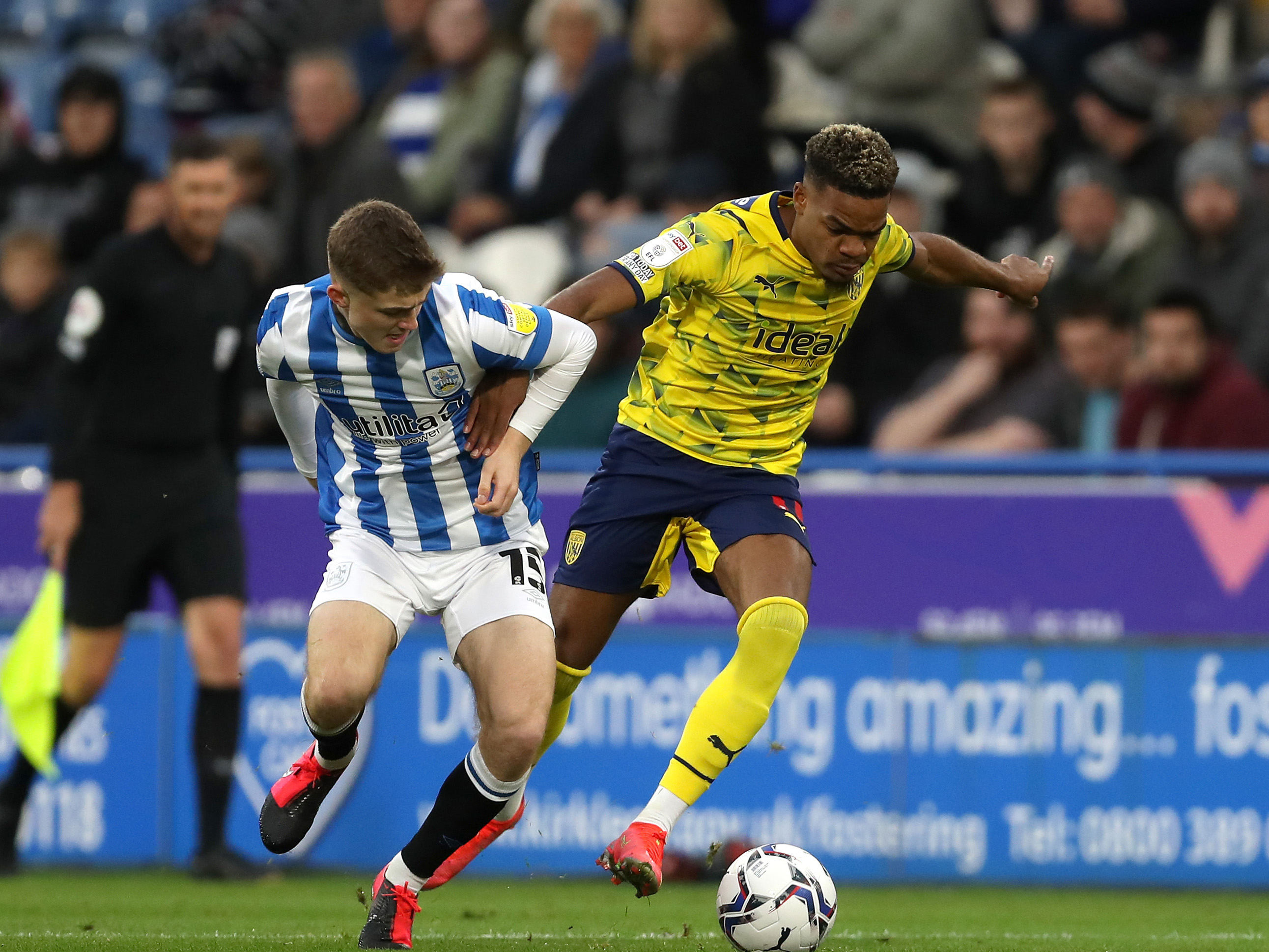 A 10-man Albion side were edged out by Huddersfield Town at The John Smith's Stadium on Saturday afternoon.

Carlos Corberan's men took the lead in the opening six minutes courtesy of Danel Sinani's low finish, and captain Jake Livermore's dismissal for a high boot after the break made the visitors' pursuit of an equaliser increasingly difficult during the second half.

And although it didn't limit the the Baggies' attacking play following good chances for Taylor Gardner-Hickman, Kyle Bartley and Matt Phillips during the game, Valérien Ismaël's team couldn't force a leveller as they left west Yorkshire empty-handed.

Albion’s early pressing suggested it could become a common theme during the first 45 minutes, but a piercing ball within the opening 10 minutes ensured the hosts seized the initiative with their first chance.

Danny Ward found himself free behind the Baggies backline to take the ball under his spell and burst into the box, allowing time to look up and put the opening goal on a plate for Sinani who tapped home with keeper Sam Johnstone stranded.

Chances were at a premium following the goal, although Matty Phillips and Kyle Bartley did both have good openings for Ismaël’s side.

Albion’s No.5 volleyed just wide of the post and Phillips headed narrowly over the crossbar. Unfortunately, neither could prevent the boys in yellow-and-blue from trailing at the interval.

Two big chances fell each side’s way during the early stages of the second half and while both should’ve been put away, neither could capitalise on their inviting opportunities.

The first fell the way of Albion and after Alex Mowatt’s lovely ball into the area was nodded towards Gardner-Hickman, the youngster must’ve seen his first senior goal rattling the net in front of him. Yet, despite his powerful connection, the wing-back smashed a shot wide of the post.

Then the hosts had their moment to find the net following a quick counter down the left wing which saw a well-weighted ball roll into Ward’s path inside the box. But unchallenged, the striker guided a shot wide.

Albion’s task was made even harder heading into the last 15 minutes when skipper Livermore’s high boot was deemed to be a dangerous passage of play by referee Tim Robinson, prompting a straight red card.

However, a goal nearly fell their way when Matt Clarke bravely headed a cross from the left towards the bottom corner. The ball trickeld just past Nicholls’ left post, though, as the Baggies suffered a fourth consecutive Sky Bet Championship defeat on the road.