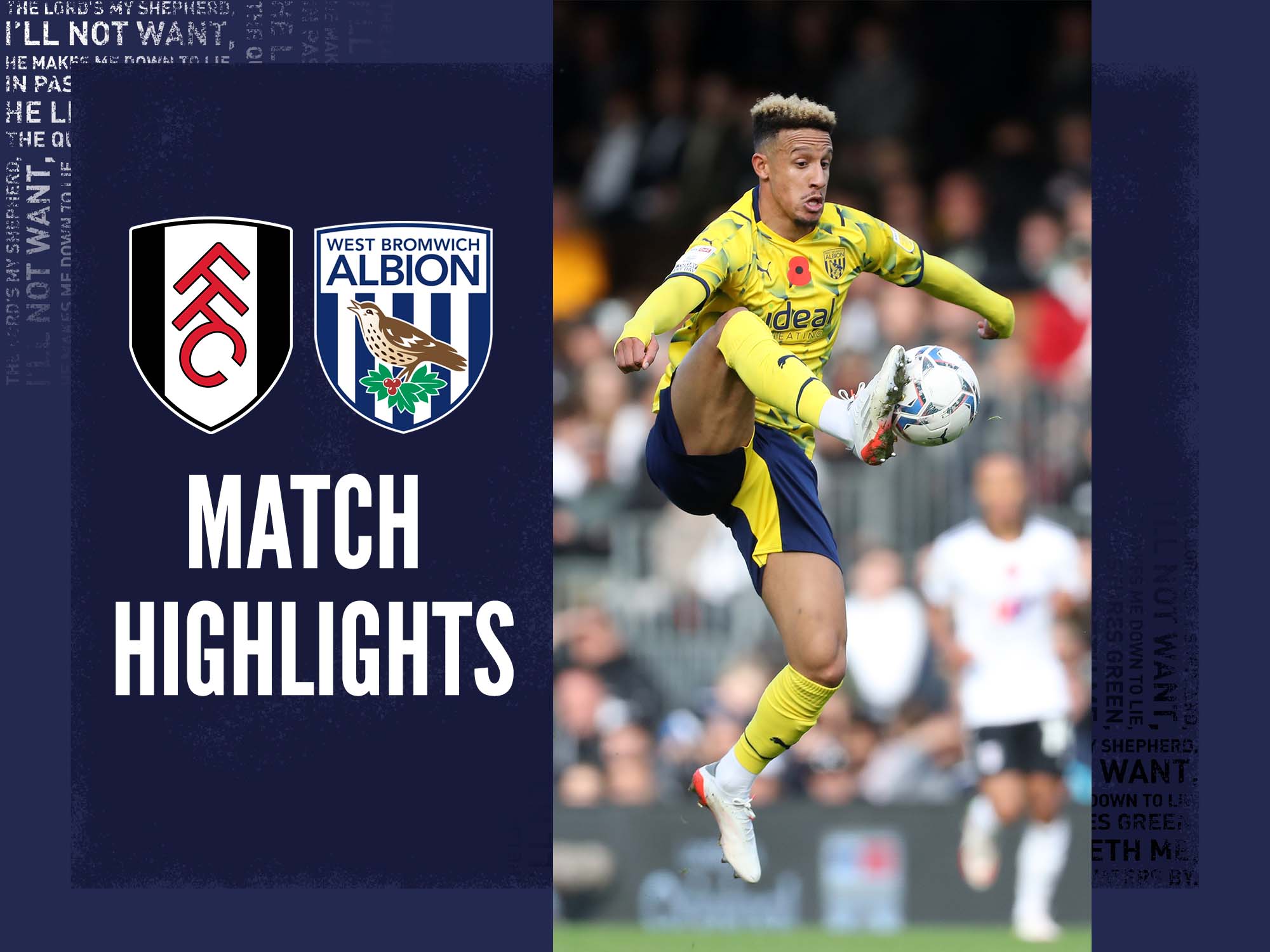 Fulham condemned Albion to defeat during their Sky Bet Championship clash at Craven Cottage, in a game which saw both sides reduced to 10 men.

Aleksandar Mitrovic's first-half brace gave the home side a strong lead at the interval, and the forward completed his hat-trick eight minutes from time to take the game away from Valérien Ismaël's side.

Darnell Furlong and Fulham defender Tosin Adarabioyo were both dismissed for late challenges, but they didn't affect the end result as the Baggies left the capital empty-handed.

The Baggies started with physicality but the hosts found space with balls over the top, winning a number of corners but failing to threaten from them. But a contentious penalty decision allowed the Cottagers to swing the game in their favour during the first half.

Karlan Grant was robbed of possession inside the Albion half, prompting a Fulham counter-attack which ended when Bartley was judged to have fouled Mitrovic inside the box.

Referee Michael Salisbury immediately pointed to the spot, and Fulham’s target man squeezed the ball past Sam Johnstone to give Marco Silva’s men the lead.

But Albion’s best chance of the half fell to Matt Clarke, who connected well with a fast ball to guide a header towards the top left corner. Home keeper Rodak, however, sprawled across his goal to claw the ball away from danger.

Unfortunately, the visitors’ positive response was undone before the interval when pressure on Robert Snodgrass forced the Scotsman into a loose pass back to goal, leaving Mitrovic the task of poking the ball beyond Johnstone as the home side took a two-goal lead in at the break.

Ismaël’s side began the second half in determined fashion and came close to finding the back of the net when Conor Townsend’s fierce drive across goal flashed over the stretching leg of Jordan Hugill at the back post.

Headed opportunities kept coming for Baggies defender Bartley, who glanced an effort over the bar and Jake Livermore was nearly on the end of another Townsend cross inside the box. But the pace of the ball didn’t favour Albion’s skipper, as he poked the delivery over the crossbar.

Chances of a Baggies fightback, though, were damaged 20 minutes from time. Fulham winger Harry Wilson threatened with a direct run through the middle until Furlong’s trip denied him a shot at goal, leaving Salisbury no choice but to dismiss the Albion No.2.

Goalkeeper Sam Johnstone did well to palm Adarabioyo's goal-bound effort away from danger as the game came to a close, but he couldn’t prevent Mitrovic completing his hat-trick as the hosts made the most of their numerical advantage.

But like Albion, Fulham would end the game with 10 men when Adarabioyo's lunge on Grady Diangana was deemed worthy of a sending off. The red card didn't change the final score, though, as Albion suffered their third defeat on the road.