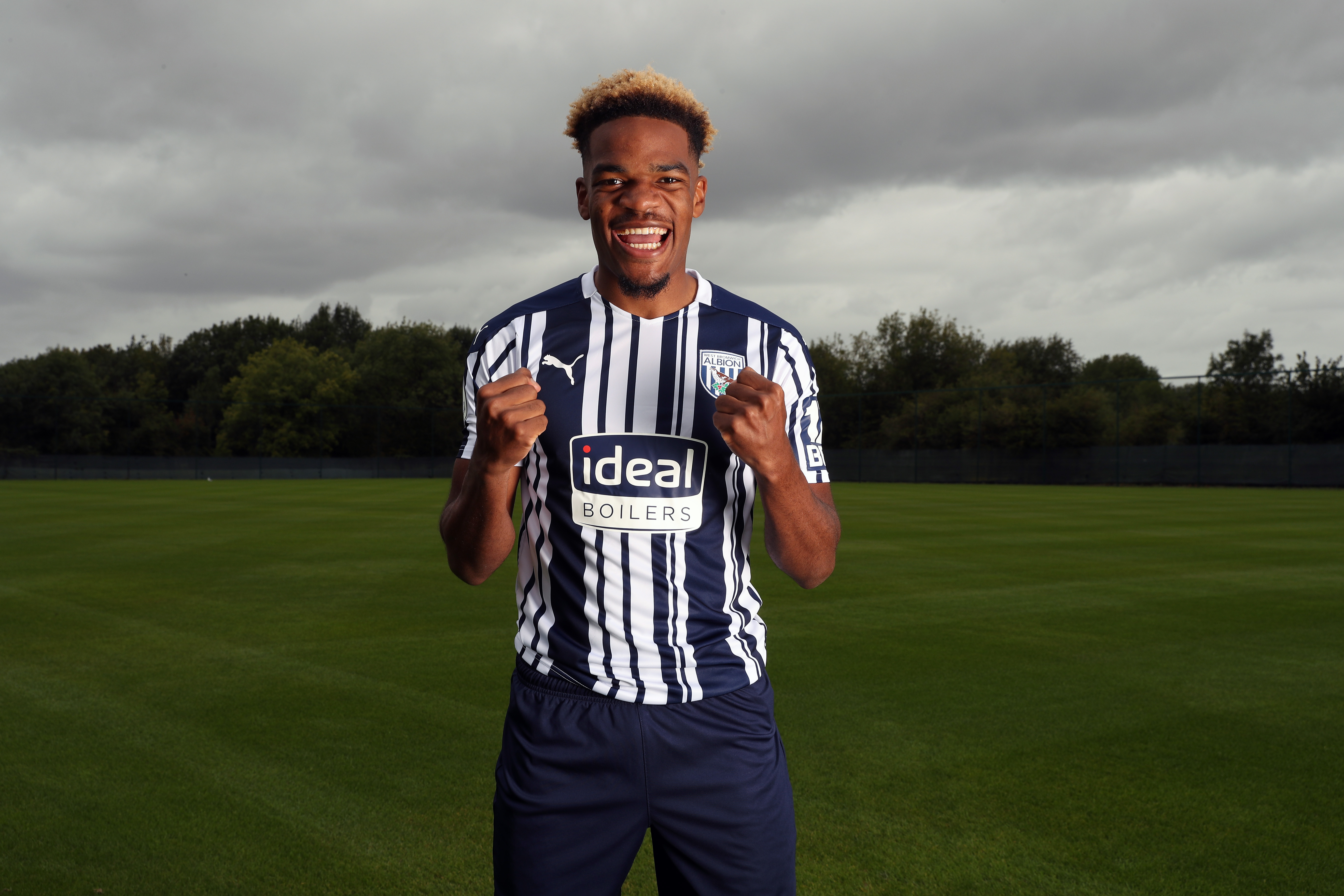 Grady Diangana is officially a Baggie!

Albion have completed the signing of the 22-year-old winger from West Ham for an undisclosed fee.

Grady has signed a five-year contract and will be back in full training with Albion from Monday to begin the build-up to next weekend’s Premier League start against Leicester City at The Hawthorns.

The transfer follows Grady’s “breakthrough” campaign on loan with the Baggies last season when he played a key role in our promotion from the Sky Bet Championship.

It also saw him become an instant fans’ favourite with his exciting wing play as he made 30 appearances and weighed in with eight goals and six assists.

Now the England age-group forward is excited at the prospect of producing even more as he relishes the step-up to the next level.

“There’s only me who can stop myself from doing that,” says Grady. “I know I can bring more to the game and to the team.

“I’m still young and last year was like my first season in senior football. I feel I am only going to get better.

“And I believe in the style of football we play under Slaven. I think we will be suited for the challenge ahead because if you can’t keep the ball in the Premier League it will be tough.

“We have the quality to do that and compete and if we go with the ambition of doing well and not just surviving we can exceed some people’s expectations.”

Grady admits it was initially a wrench to leave his boyhood club West Ham after a 10-year association but says he could not have wished for more than to be returning to his “second home.”

“West Ham was all I had known before last season and I’m sure people will understand that I felt some sadness at leaving,” he explains.

“But coming here having had that season we have just experienced, there were no nerves about leaving at all. Knowing the manager and the players and the feelings I have got for the club just made me excited.

“Last season was really my first out of 23s football and was the most football I had ever played in a single season. I didn’t know what it really meant to win games and especially as we were challenging for promotion from the start. Now I do.

“It taught me that it is not okay to survive. We need to go out to try to win every game and that is how we will approach every match.”

Sporting and Technical Director Luke Dowling is thrilled to have secured Grady’s permanent signature and also excited at what might be ahead for the young forward.

“That was his first ‘proper’ season really and more football than he had ever played before,” said Luke. “When you are a sprinter like Grady and you’ve got players kicking lumps out of you it is a tough experience.

“We all saw how Grady handed it and now we’re all excited to see him step up to the next level. He’s a player we know our supporters love and we are all thrilled to have been able to get this deal done.”