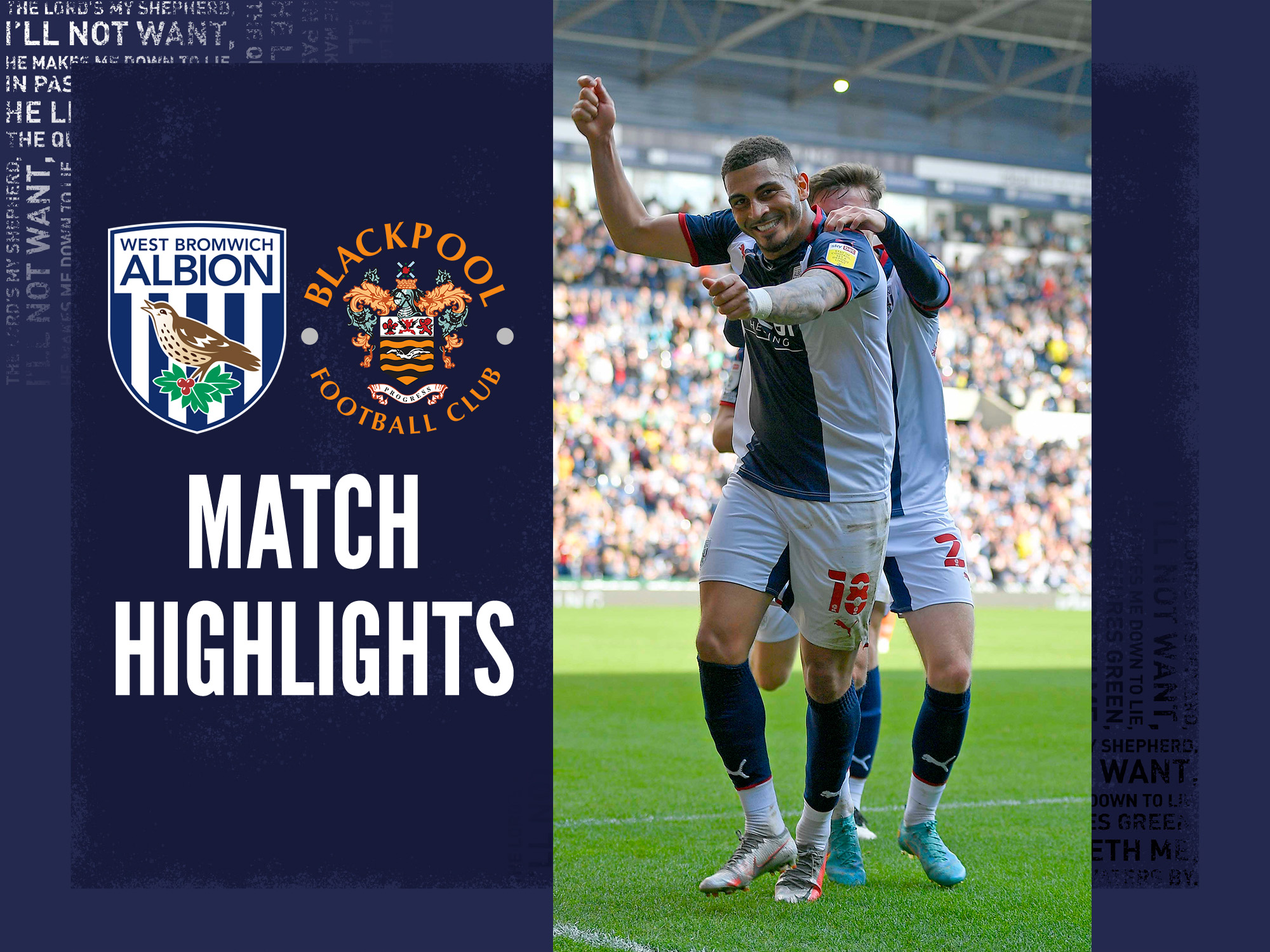 Watch free-to-view highlights of the Baggies' dramatic triumph over the Seasiders.

Albion netted late to beat Blackpool 2-1 in the Sky Bet Championship at The Hawthorns on Good Friday.

Andy Carroll earned the Baggies a first-half lead but the visitors levelled through Marvin Ekpiteta straight after the interval.

The hosts dug deep and managed to find a winner in stoppage time, though, thanks to Karlan Grant’s strike in front of the Birmingham Road End.

Bruce made six changes to the side defeated by Stoke City last weekend as David Button, Dara O’Shea, Karlan Grant, Adam Reach and Darnell Furlong came into the starting XI.

The Baggies began brightly in the Bank Holiday sunshine and might have gone ahead had the Tangerines defence not blocked Adam Reach’s low strike following a smart one-two with Callum Robinson.

The Seasiders battled back strongly, forcing Button to parry over from Keshi Anderson’s well-struck free-kick.

Jayson Molumby and Robinson then tested Chris Maxwell in quick succession – the visitors’ goalkeeper doing well to deny both finishes.

But the Blackpool back-line was finally breached just before half-time when Carroll fired in a close-range volley from Reach’s excellent left-wing cross.

Albion soon went close again, Robinson seeing a right-foot drive deflect wide of the left upright, and they took a one-goal advantage into the break.

Frustrating for Steve Bruce, Blackpool were level eight minutes into the second period when Ekpiteta hooked a volley past Button.

Matty Phillips made his return from a long-standing foot injury seconds shy of the hour mark, replacing captain Jake Livermore with goalscorer Carrol taking the armband.

Fellow substitute Taylor Gardner-Hickman almost made an immediate impact - his blistering right-foot strike crashing against the crossbar and over. Carroll had a fine opportunity to double his tally for the afternoon a few minutes later but fluffed his lines after stumbling over Grant’s pass.

Both sides were pushing for a winner by this point and Button, who had a largely quiet game to this point, dived down to his left to keep out Josh Bowler’s left-footed drive.

And deep into three minutes of added time it was Albion that managed to earn themselves the victory, Phillips' corner causing chaos and Grant popping up to hammer home.