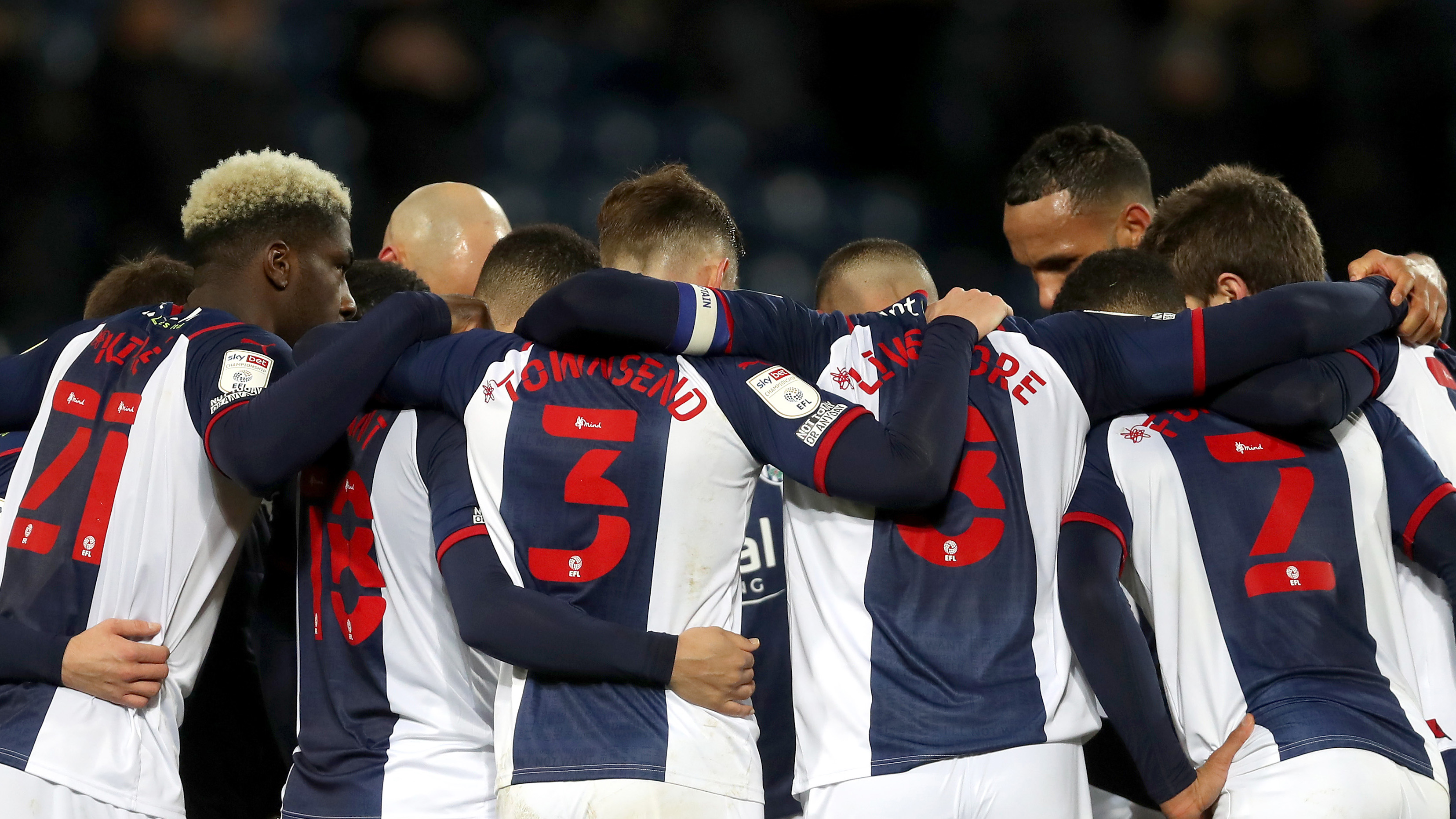 The Baggies' four-game unbeaten run was ended by Steve Bruce's former club Birmingham City on Sunday afternoon, with Blues striker Lyle Taylor scoring the contest's only goal from the spot in the second 45.

The Cherries arrive in confident fashion, sitting second in the Sky Bet Championship on 72 points from their 37 matches, and are hot favourites to end the campaign inside the top two.

They recorded another big three points on Saturday afternoon, beating Bristol City 3-2 at home thanks to strikes from Dom Solanke, Lewis Cook and Siriki Dembele.

Supporters can follow Wednesday's clash with the Cherries live on WBA TV Matchday, with coverage starting from 7.45pm.

If you’re located in the UK, you can access live commentary from WBA Radio duo Gez Mulholland and former midfielder Andy Johnson. If you’re not an existing subscriber, audio match passes are available for £2.50.

Supporters living overseas can watch the game live with a video match pass for £10.

Match passes can be purchased here. Supporters can watch the match live by clicking here, or via the free-to-download WBA app.

AFC Bournemouth are in pole position to secure promotion back to the Premier League having spent the last two years outside England's elite division.

The Cherries have collected 72 points from their 37 matches, sitting comfortably clear of the chasing pack in second with a number of games in hand on those trying to hunt them down.

Former Charlton, Chelsea, Newcastle, West Ham, Spurs, Fulham and England midfielder Scott Parker is the man in charge at the Vitality Stadium having taken over ahead of the start of the 2021/22 Sky Bet Championship campaign.

Wednesday's guests will arrive at The Hawthorns in red-hot form, taking 23 points from the last 30 on offer, winning seven of their last ten matches and losing just once.

They've won two on the bounce and came from behind to beat Bristol City on home soil most recently at the weekend.

Forward Dom Solanke scored against the Robins on Saturday afternoon taking his league tally to 24 goals - a record bettered only by Fulham's Aleksandar Mitrović.

Josh King put the Cherries ahead early on with a penalty, but strikes from defenders Craig Dawson and Gareth McAuley before the break were enough to earn the Baggies three points.

Albion and AFC Bournemouth only met for the first time in a league game in September 1987.

The Baggies won that contest at The Hawthorns 3-0 in the old Division Two, and there have only been 16 league meetings since.

The Baggies have won two of the last four games against the Cherries, scoring six goals in the process. LV BET have Bruce’s men at 9/4 (3.25) to win the game and score over 1.5 goals, and at 39/10 (4.90) to take all three points without conceding.

Supporters should be aware the metro is currently out of use. As a result, train services on matchdays to and from The Hawthorns are likely to be extremely busy.