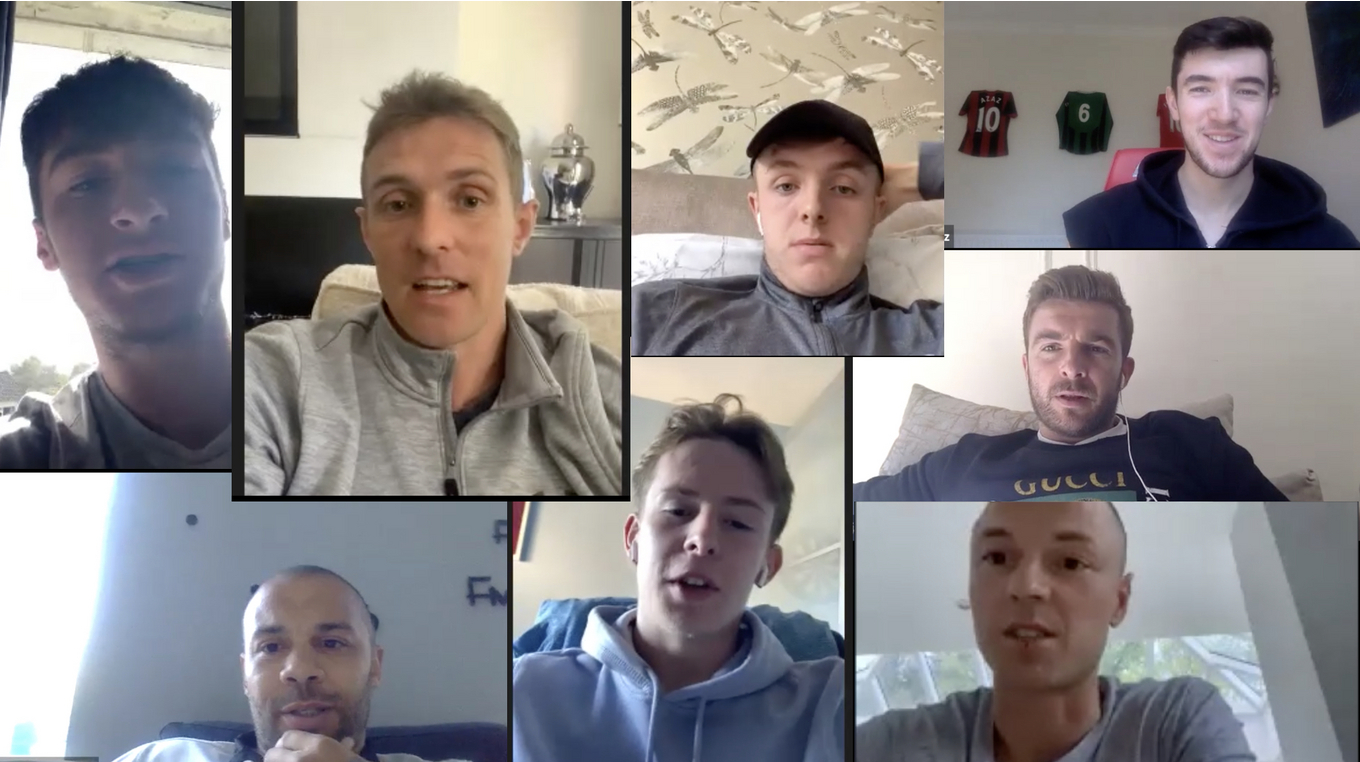 Academy Manager Richard Stevens brings us up-to-date with how his staff are coping amid the pandemic and the nationwide abandonment of this season’s Academy games programme. It’s led to some “creative” thinking from Richard and his team… led by some star-studded teaching sessions.

Darren Fletcher, Teddy Sheringham and Jonny Evans have added some star quality and stellar masterclasses to Albion’s Academy programme during the pandemic.

Academy boss Richard Stevens and his staff have had to think on their feet maintaining engaging and active programmes across the huge age-gap range.

That has included spell-binding Q&A sessions with three glittering internationals who happily took to Zoom to discuss their team roles in what Richard describes as the most powerful sessions he has ever staged.

Ex-Albion duo Fletch and Jonny focused on their respective positions of midfield and central defence while Sheringham was happy to offer some remote-learning about the role of strikers.

“The pandemic has provided challenges and I have to say at the outset that the Academy staff have been outstanding in responding,” says Richard.

“We’ve had to think creatively and their buy-in from the outset and ongoing day-to-day motivation has been inspiring. We’ve learned so much that we will definitely be taking some of the ideas out of this crisis and adapting them for future use when the game returns.

“For the 16s to 23s, we’ve been able to stage these masterclasses from the pros which were just sensational.

“We had Darren Fletcher doing a Q&A for midfield players, Jonny Evans for central defenders and Teddy Sheringham for the strikers. Absolute masterclasses they were and it was one of the most powerful things I’ve ever done with up to 100 boys absolutely spellbound.

“I’m thankful to Mozza (James Morrison) and Deon (Burton) for helping us set up the calls."

From the outset, Richard’s difficulty was in covering the 8-23 range of ages encompassed by Academy football as well as devising remote sessions as the lockdown gripped.

He said: “We’ve kept the 18s and 23s as normal. They’re working four days a week with sessions we’ve set them, some of it on Zoom with coaches. It’s been really interactive with high engagement and has been as much for their mental well-being as their ambitions to be a professional athlete.

“Clearly it was the right decision to cancel the Academy league programmes. Although there were teams fighting promotion and relegation, it’s clearly not as important in the context of everyone’s health and the development of young players.

“Now we will take things down and try to shape some kind of off-season which they could usually expect which will probably mean giving them three or four weeks away and then assess the situation in terms of when they may be coming back in. That’s the thing no-one can say at the moment. But we can’t make the off-season so long they forget what their job is!

The challenges were extended to keeping much younger players engaged and active.

“With the 8s to 16s, right from the start it felt like a huge challenge and we all sat there wondering ‘how are we going to do this?’ But in fact it sparked some really creative work from the staff and I believe we have provided some really engaging activities.

“I know the parents have really appreciated it and at a time when it can be stressful with families cooped up inside for long periods, they have been grateful that the Club has been there to provide activity for their youngsters for three or four hours a week.

“We’ve had everything from football challenges designed for the back garden to skills challenges and quizzes… it’s really allowed us to engage and get them laughing and enjoying each other’s company even if it is over Zoom.”

Richard believes the success of the programmes have been underscored by the investment from the young players.

He added: “One of the most satisfying things is that we’ve had pretty much 100 per cent up take up on all activities over the age groups.

“It has been important for me to show parents and players that the football club can take this situation and be creative, work remotely and still provide that connection which is so important. It’s shown me a new way of working which I believe we can adapt and use even when we are back to something approaching a little more normality.”