“I’ve never been more proud of my club” 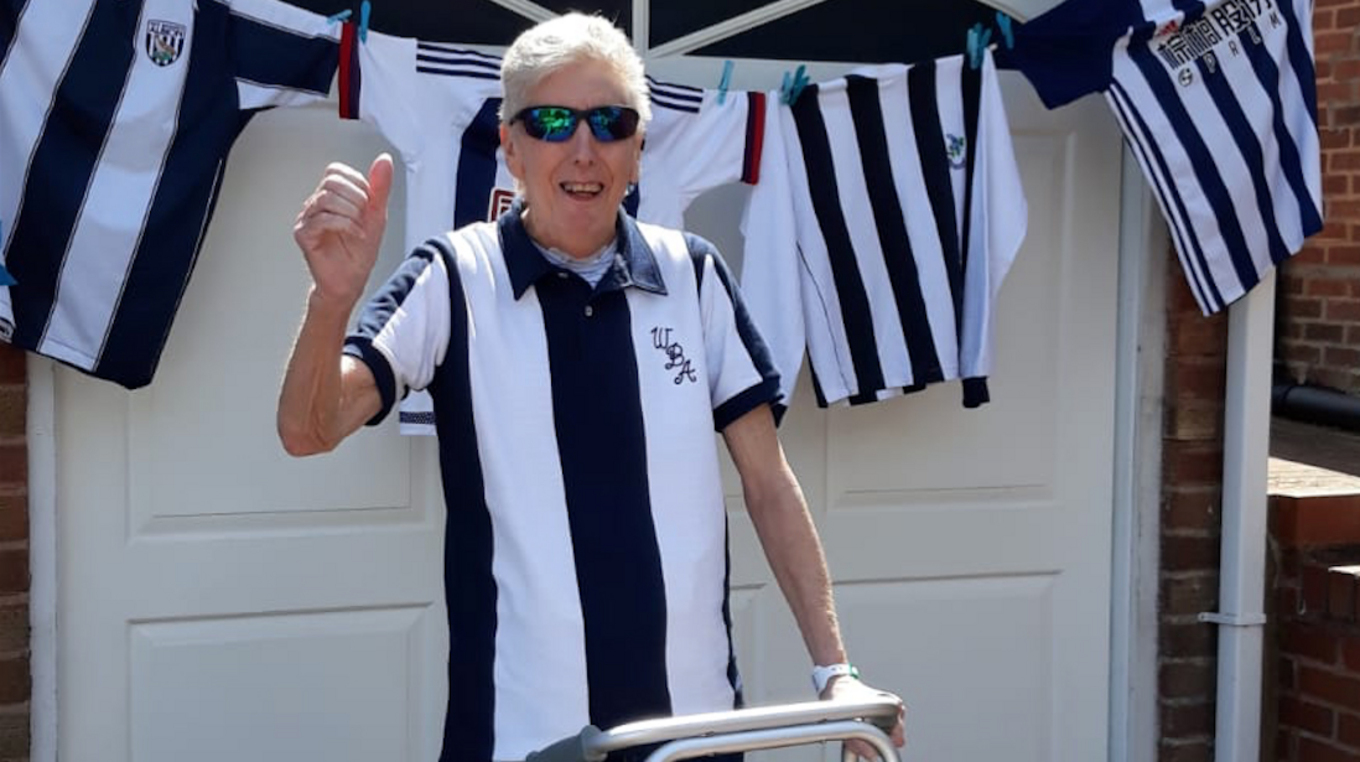 “I’ll never be able to thank you enough for investing in my family. They have proved to me that our club is not just about football. It is, in every sense of the word, a family.”

Those are the words of Teresa George, the relieved and thankful wife of devoted Baggies fan Peter who is back at home now after the Albion Family came together to help bring him out of an induced coma.

The Covid-19 pandemic is bringing heartache to all communities but today we are delighted to bring Baggies fans a story with a happy ending after Redditch-based Peter contracted coronavirus in March.

He first recalled feeling unwell at what was the last Baggies game he attended, the FA Cup tie against Newcastle, but it was not until March 21 that he was hospitalised before, as his condition grew more serious, he was placed on a ventilator and induced into coma.

With Peter showing no signs of recovery, his condition grew even more grave as vital organs began to fail. Teresa and the family were not allowed on a live Covid ward of course and their messages of support played over phones were not cutting through.

At her “wit’s end” with worry, Teresa came up with one last moment’s inspiration as her husband clung to life.

“He has always been mad about the Albion and I thought: ‘Music! Albion music!’ So we arranged for a friend who is a ‘dj’ to make a compilation of ‘The Lord’s My Shepherd’, ‘Insomnia’ and ‘The Liquidator’ … and Peter’s legs and arms started moving. It was the first signs of life we had seen since he went into the coma.”

Word of Peter’s plight – and his reaction to the Albion-themed music – now reached Rob Lake, Director of The Albion Foundation, who has been doing a remarkable job co-ordinating the Club’s responses to so many appeals for help from the community.

“Peter’s two favourite players were Chris Brunt and ‘SuperBob’ …would it be possible to get them to record a message of encouragement?” asked Teresa. “And if Slaven Bilić could do something similar, that would be wonderful.”

Rob got to work and within a few days, the recorded messages were being played by the nurses at Pete’s bedside. “We need you back at The Hawthorns,” said Slav. “Make sure you fight this and come back to us.”

The end result? Where nature was struggling, Albion succeeded as Peter slowly but surely emerged from his coma and - on Friday the 13th of April of all dates – came off the ventilator and went on to make a complete recovery from the virus.

“It’s now a standing joke in our house,” says Teresa. “He didn’t pay a blind bit of attention to his family talking to him but the moment the Albion arrived, that was it!

“But from that first piece of music there was a massive reaction – that’s really where he started his recovery.

“I’ll never be able to thank you enough for investing in my family. They have proved to me that our club is not just about football. It is, in every sense of the word, a family. When you are in trouble, a family is there to help you.

“When we listened to the messages coming in, from the current players, the former players, even Bryan Robson’s family were in touch, and for them to then stay in touch with us… words can’t express how we felt.

“I have always loved the Albion but they have proved to me why I am so proud to be a Baggies fan. We are a family and we are all in this together. For them to take the time to support us through this was just amazing. To every one of you, my family will never be able to repay you.”

As for 65-year-old Peter, who was greeted with some suitably-themed Albion bunting on his return home, he is now planning a well-earned retirement in the not-too-distant future while saving perhaps an even more important vote of thanks until last.

The doctors, nurses, physios… indeed all the medical staff at the Alexandra Redditch, Worcester Royal and Malvern Communities hospitals.

“The NHS staff are just incredible,” he says. “A lot of what happened when I was out of it I can’t remember and it’s a bit hazy at times but the care that I received makes me so proud of our nurses and medical staff. They are just brilliant and I owe them everything.

“I can’t believe so many of my heroes went to this trouble for me. But I’ve got the messages to keep for all time. Now I just can’t wait to get down to The Hawthorns again, get my seat in the Brummie Road and see the boys come out. None of us know when that will be - but I will be there.”