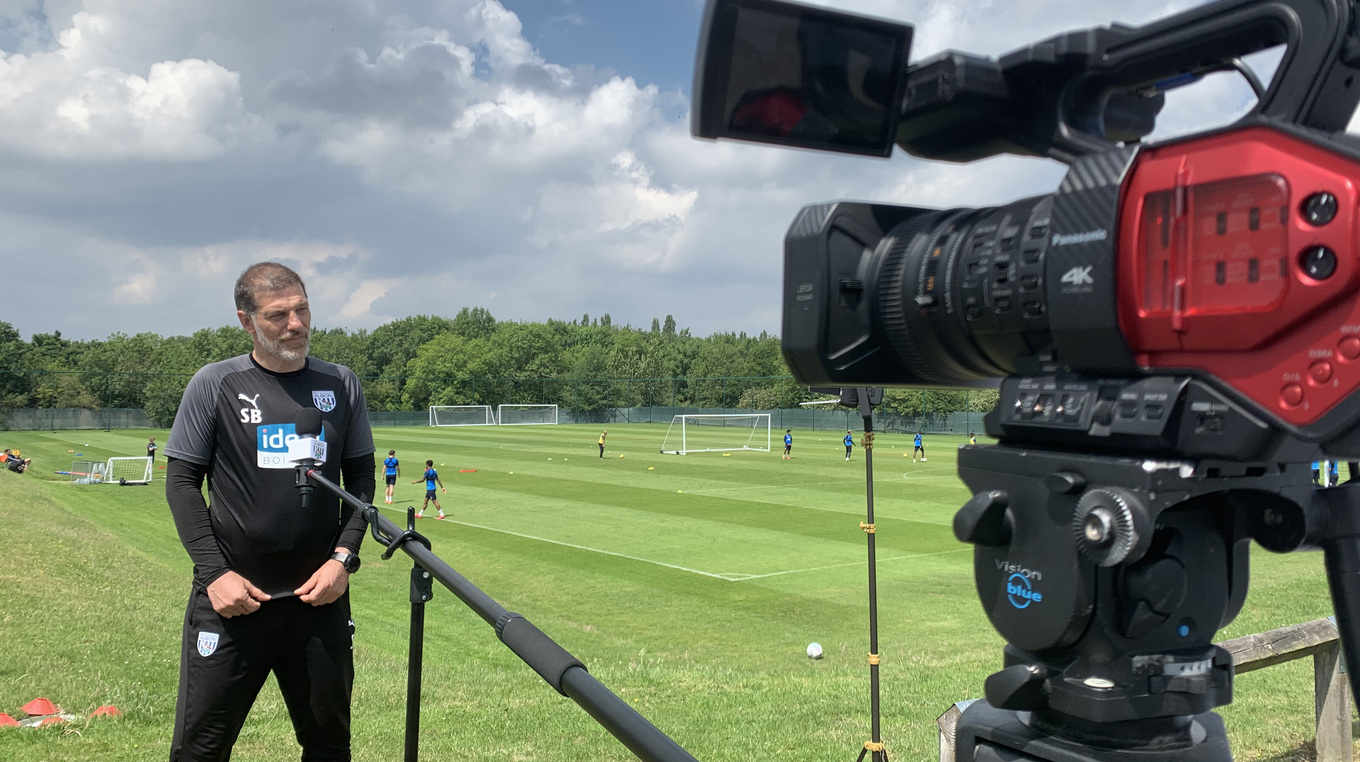 Albion will return to action at the weekend against Birmingham City at The Hawthorns, a clash which kicks off a nine-game season finale following the suspension of football owing to the Covid-19 pandemic.

Bilić has been pleased with his team’s performances in warm-up exercises against Aston Villa and Manchester United, and is fortunate to have an abudance of talent available for selection, with Grady Diangana and Ahmed Hegazi returning from injuries during the campaign's hiatus.

But the Baggies boss acknowledges there is an element of the unknown for all teams as they prepare to finish the season in empty stadiums.

“It’s like the end of a good pre-season,” said Slaven.

“When you don’t have too many questions and you don’t have too many doubts. So I can say we feel positive and we don’t wish for another week to make up for something. I can say that we are ready. Of course, like at the start of the new season, you never know because there is the difference of the pressure of the competitive games. But we are confident and we are ready for the restart.

“We had two high-profile games, we played against Villa and we played against Man United. Back-to-back games. We gave all the players enough minutes to give them a chance to express themselves and to see how they are after such a long period without football and I can say that they all came out of those couple of games positive.

“Selection is the only question mark that I have at the moment. We have a good squad. We are not overloaded because every season, during the season you can expect some injuries or suspensions, but now it is time and the positive in this situation is that all the players came back and they are healthy and maybe now we have one or two too many for the first game. Of course we are going to need all of them in the small World Cup, that I like to call it, these nine games.

“But they are all positive options and it’s not very pleasing not to put somebody in the starting line-up or for them not to make the bench, but at the end of the day, I have to be pleased with that position. We have to sacrifice and put our egos and individual things totally aside to commit ourselves to one cause for the Club. Of course not all of the guys will be happy but we all have to sacrifice for the Club.

“It is going to be different [in the empty stadiums]. We can be hyped up, we have a big motivation and we are playing for a big reward, a big prize. Make no mistake. The good thing is that we could notice that in the games in Germany or now last week in Turkey, in Spain, in Italy and Croatia, it can’t be that compact and you can’t be that focused for 90 minutes.

“You can approach the game, but still you can’t run away from the fact it looks more like training than like a game. Even in our game against Man United, you have a few situations that happens in training but they don’t happen in a game, you don’t do those things in a game. But you can’t help it.

“That is why I told the guys you have to count on that when the opponent has the ball that they are going to do those silly things, but we have no room for that. We have to help each other and be totally focused in these nine games and it is also a big part of my job and my staff’s job to make the players remember that all the time. Not to be afraid, but to be reliable and responsible on the pitch.”