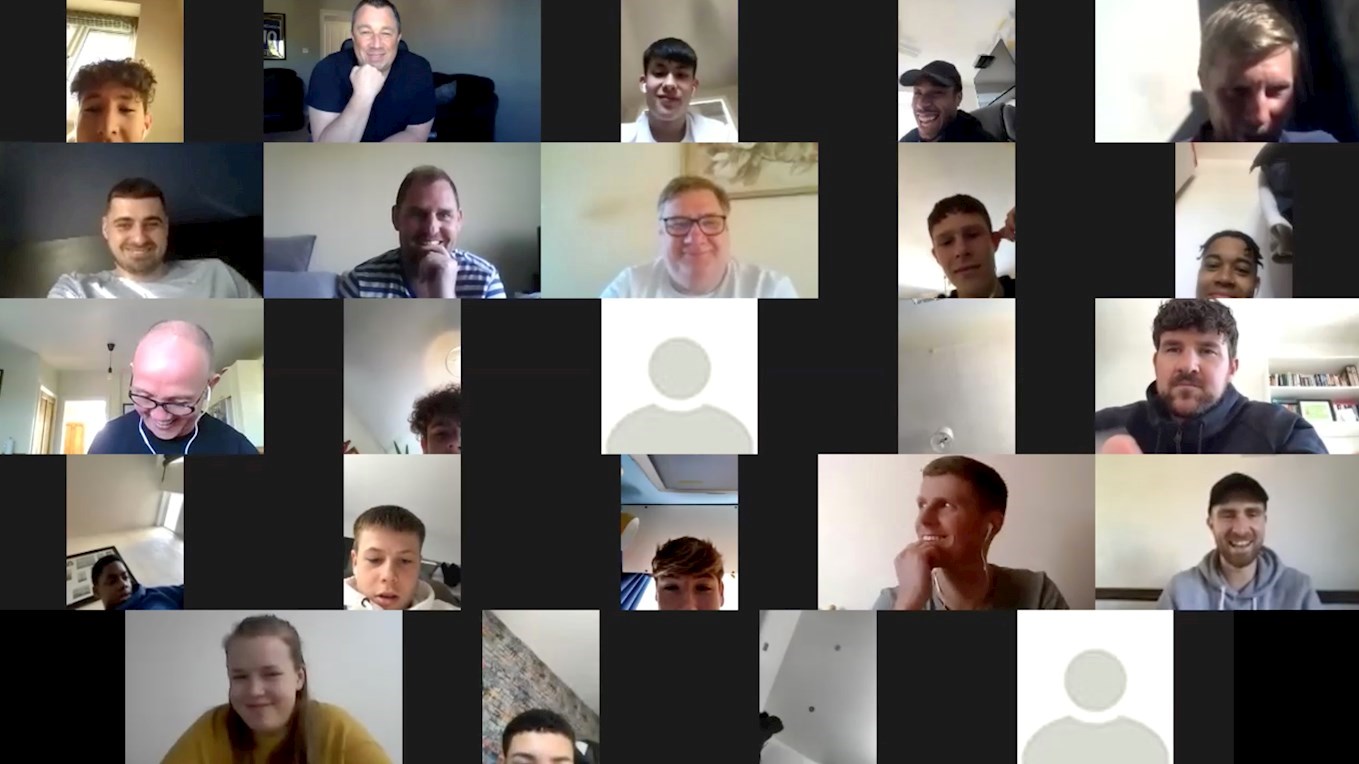 Albion pair Rekeem Harper and Kyle Edwards have been supporting various age groups from the Club’s Academy this week by offering advice via video group calls.

The Academy graduates have been conducting Q&As on a number of topics as the youngsters continue to follow their training programmes at home.

Edwards and Harper shared their experiences with players from the Under-13s, 14s and 15s, as part of the weekly engagement sessions organised by Academy Manager Richard Stevens.

And Stevens described the calls as ‘priceless’ at a crucial stage in their development.

“We made it a point over the last six weeks that we as an Academy were going to try and do something new every day,” said Stevens. “The stories Rekeem and Kyle were telling the boys were priceless.

“They talked about their debuts, position changes and what they were saying was instantly powerful for the younger guys.

“It was fantastic for the Under-23s to pass on their experiences on how they’ve dealt with challenges as well and you could tell by Rekeem and Kyle’s answers that they loved it - each one had a story to it.”

The feeling was very much mutual with Harper encouraging the Academy boys to go beyond their required training programmes to better prepare them for when football returns.

“I hope my words motivate the boys but they need to have the right attitude because talent only gets you so far, but hard work keeps you there,” said Harper.

“It was different doing it online as usually I could do it face-to-face at the training ground which makes you realise even more how serious the situation is.

“They were concerned on how to stay fit and on top of their game and I told them to make sure they’re following their set programmes and gain advantages by doing more if they can because you never know what could happen when they return.

“An opportunity could be gifted to them and they need to be ready to take it.”

Albion’s Academy staff have been working tirelessly to ensure the youngsters have new activities to pursue each week.

Stevens has been delighted with the work his team have produced and believes the Club are setting a good example during a difficult period.

“We made it a point over the last six weeks that we as an Academy were going to try and do something new every day,” continued Stevens.

“I’m taking eight google cast calls per day and am trying to co-ordinate them all; we’ll have some first-team players or Under-23s answering questions from the younger boys in one call and then our Academy coaches will be doing drills in their gardens in another - it’s been fantastic.

“We’re doing more than most clubs and hopefully the work we’ve been doing has shown parents what West Bromwich Albion is all about.”