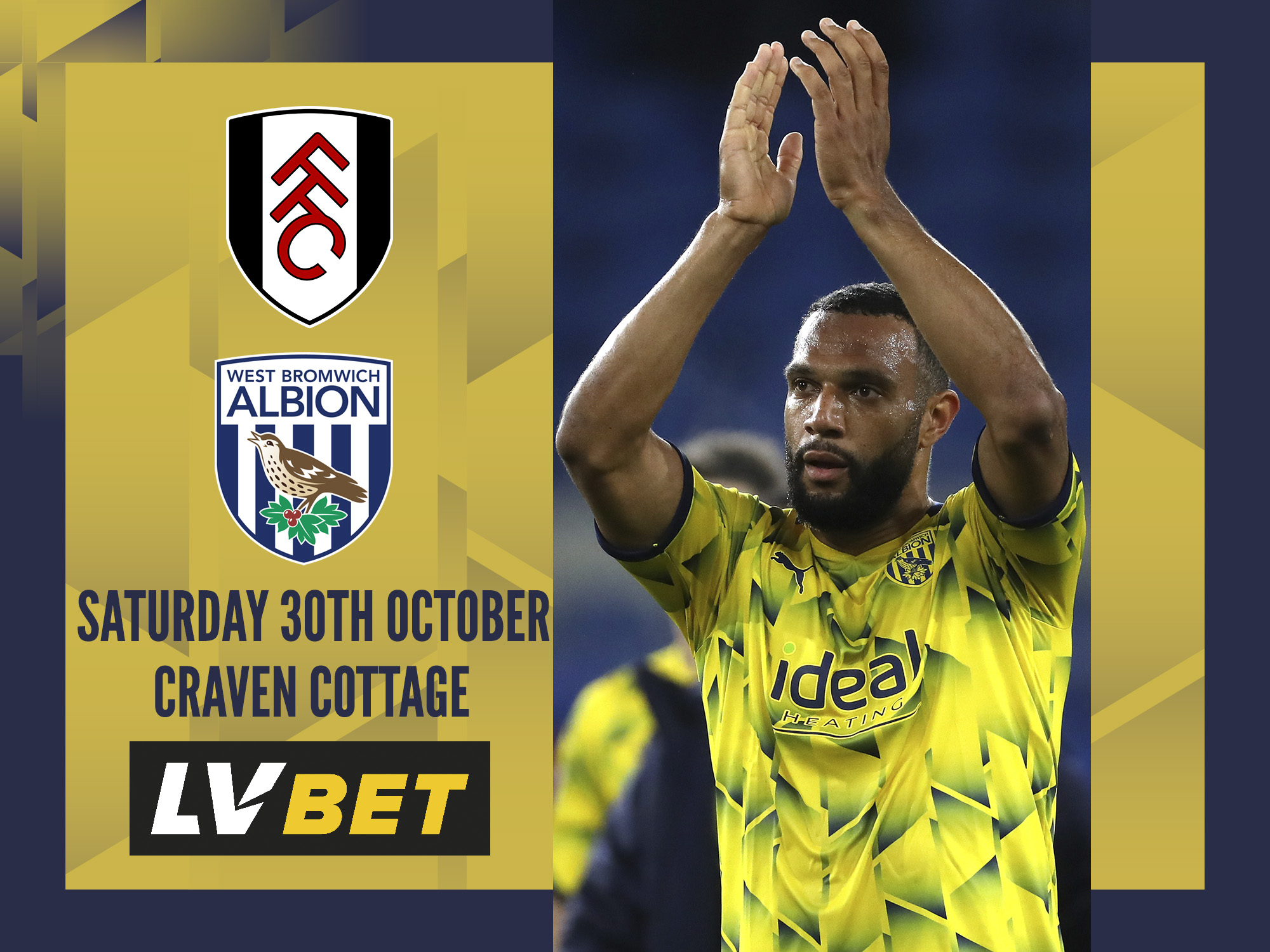 Two sides on the prowl for Premier League promotion go head-to-head at Craven Cottage on Saturday lunchtime, with Albion travelling down to the capital to face Fulham (ko 12.30pm).

The Baggies sit one point and one place behind the Londoners in third ahead of this weekend’s Sky Bet Championship showdown.

Both Albion and Fulham will be full of confidence having recorded convincing victories in the last round of fixtures. Valérien Ismaël’s men beat Bristol City 3-0 at The Hawthorns on Saturday, while Fulham chalked up an eye-catching 4-0 win at in-form Nottingham Forest a day later.

Saturday’s early kick-off gives each team the opportunity to close the gap on leaders AFC Bournemouth, with the Cherries five points ahead of Fulham and six clear of West Bromwich Albion.

We'll just drop this on your feed to wrap up a successful weekend... 🍿

You can follow every kick at the Cottage live with Baggies-biased commentary from Gez Mulholland and Andy Johnson on WBA TV Matchday. Coverage starts at 12.20pm.

A Match Pass is on offer for just £2.50 and will include a full match replay, available to watch on demand on WBA TV. Click here to buy.

Saturday’s hosts Fulham are flying high having won three on the bounce in the Sky Bet Championship, scoring 10 goals in the process.

The Londoners are the division’s top scorers so far this season, hitting a total of 33 goals which is eight more than the Championship’s second highest team, West Bromwich Albion.

Fulham will be after a swift return to the top flight after suffering relegation last term. With players to call on such as Serbia forward Aleksandar Mitrovic, creative midfielders Harry Wilson and Bobby Reid, as well as defenders Tim Ream and Tosin Adarabioyo, the Cottagers are widely tipped to finish in the top two.

Marco Silva is the man in charge, appointed in the summer following spells in England with Hull City, Watford and Everton.

The 44-year-old has been tasked with leading the Londoners to the Premier League, and he’ll be satisfied with the start he has made to life at Craven Cottage.

Fulham are averaging more than two points per game having accumulated 29 from their opening 14 matches, winning nine, drawing two and losing three.

Albion edged past Fulham in a thrilling League Cup tie down at Craven Cottage in October, 2005.

Robert Earnshaw gave the Baggies the lead in London, only for Luis Boa Morte to equalise.

The visitors thought they had won it when Kanu scored minutes from the end, but Heidar Helguson's header took the game to extra-time.

And it was during the additional period that Albion won it. Junichi Inamoto fired the ball into the top corner from all of 30 yards to secure safe passage in the cup.

Albion won't just be after the three points on Saturday to be able to jump back ahead of Fulham into the automatic promotion places in the Sky Bet Championship.

The Baggies will also want to end their long wait for a league win at Craven Cottage, a run which has stretched over 54 years.

The last West Bromwich Albion league win in the white part of west London came on Saturday, October 7 1967 in the old Division One.

Albion will be wearing their yellow third kit on Saturday in London.

Albion are measured at 33/9 (3.45) to beat Fulham at Craven Cottage and move up to second in the Championship table.

West Bromwich Albion are at 29/10 (3.90) to go into half-time with a lead, as they have done in their two previous fixtures.

He can’t stop scoring! It’s six goals in six appearances for West Bromwich Albion’s top scorer, Karlan Grant, who once again comes in at 47/20 (3.35) to score his eighth of the season and at 13/2 (7.50) to be the first one on the scoresheet.