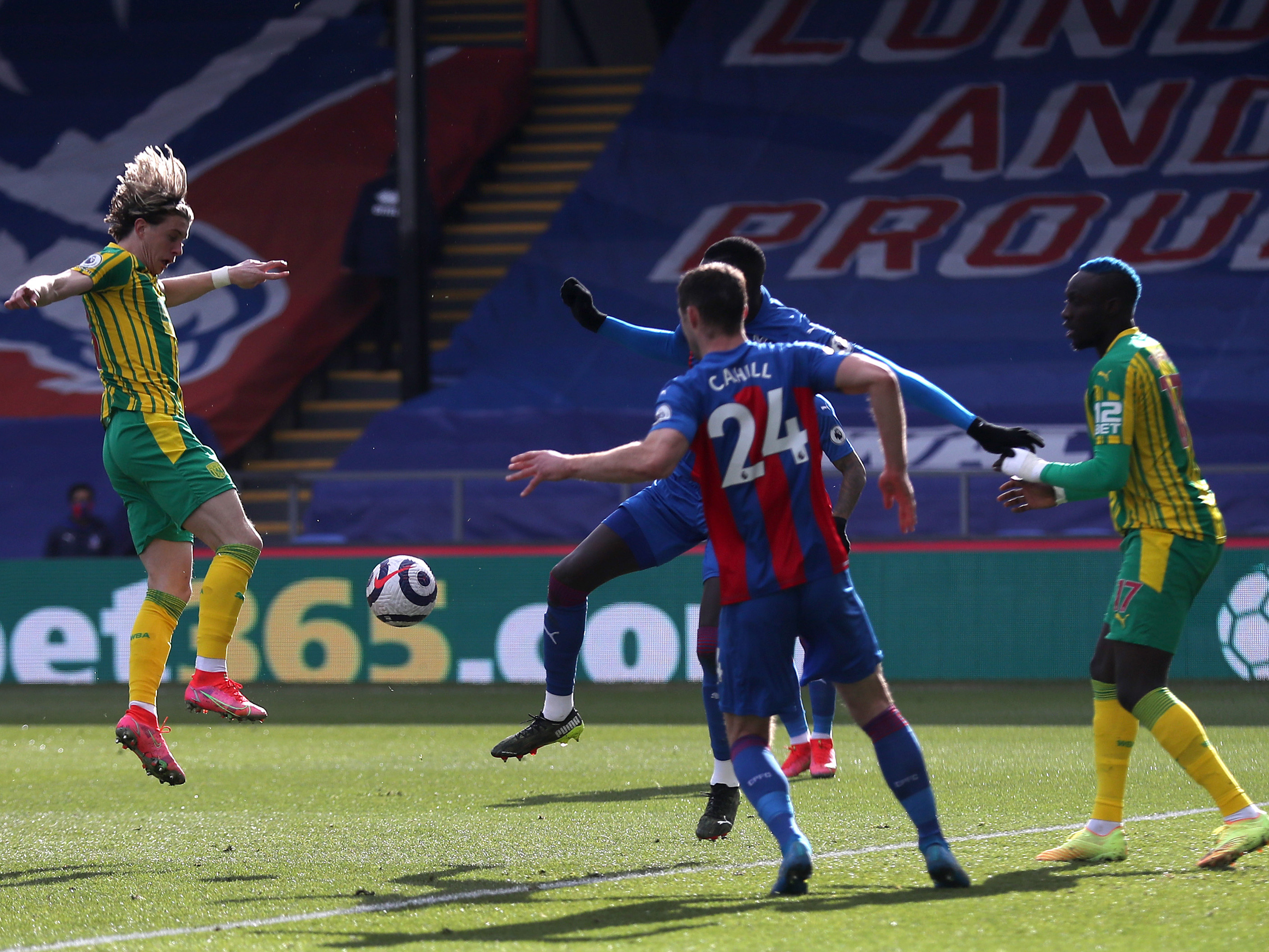 Albion were beaten 1-0 by Crystal Palace at Selhurst Park on Saturday afternoon.

Luka Milivojevic’s 34th minute penalty was the only difference in a match that was otherwise controlled by the Baggies.

The result could have been different had the visitors been more clinical, however they were left to rue missed opportunities in both halves to leave the capital empty handed.

Sam Allardyce named the same XI for the fourth consecutive game as his men headed to south London to play their final fixture ahead of a three week gap.

And it was the Baggies who started the game strongly without managing to open the scoring, Conor Gallagher smashing over from the edge of the area and Okay Yokuslu slicing on to the roof of the net.

Dara O’Shea then flicked a header off-target around the half-hour mark before Palace managed to edge in front. Milivojevic, who had seen a spectacular attempt brilliantly saved by Sam Johnstone moments earlier, converted comfortably from the spot after Darnell Furlong was penalised for handball.

Albion went into the break behind but came out fighting in the second-half, though couldn’t take advantage of good opportunities that fell to Matt Phillips, Gallagher and Pereira.

Hal Robson-Kanu and Robert Snodgrass were brought on as the Baggies searched for a goal, though it just wouldn’t drop for them despite waves of pressure late on.