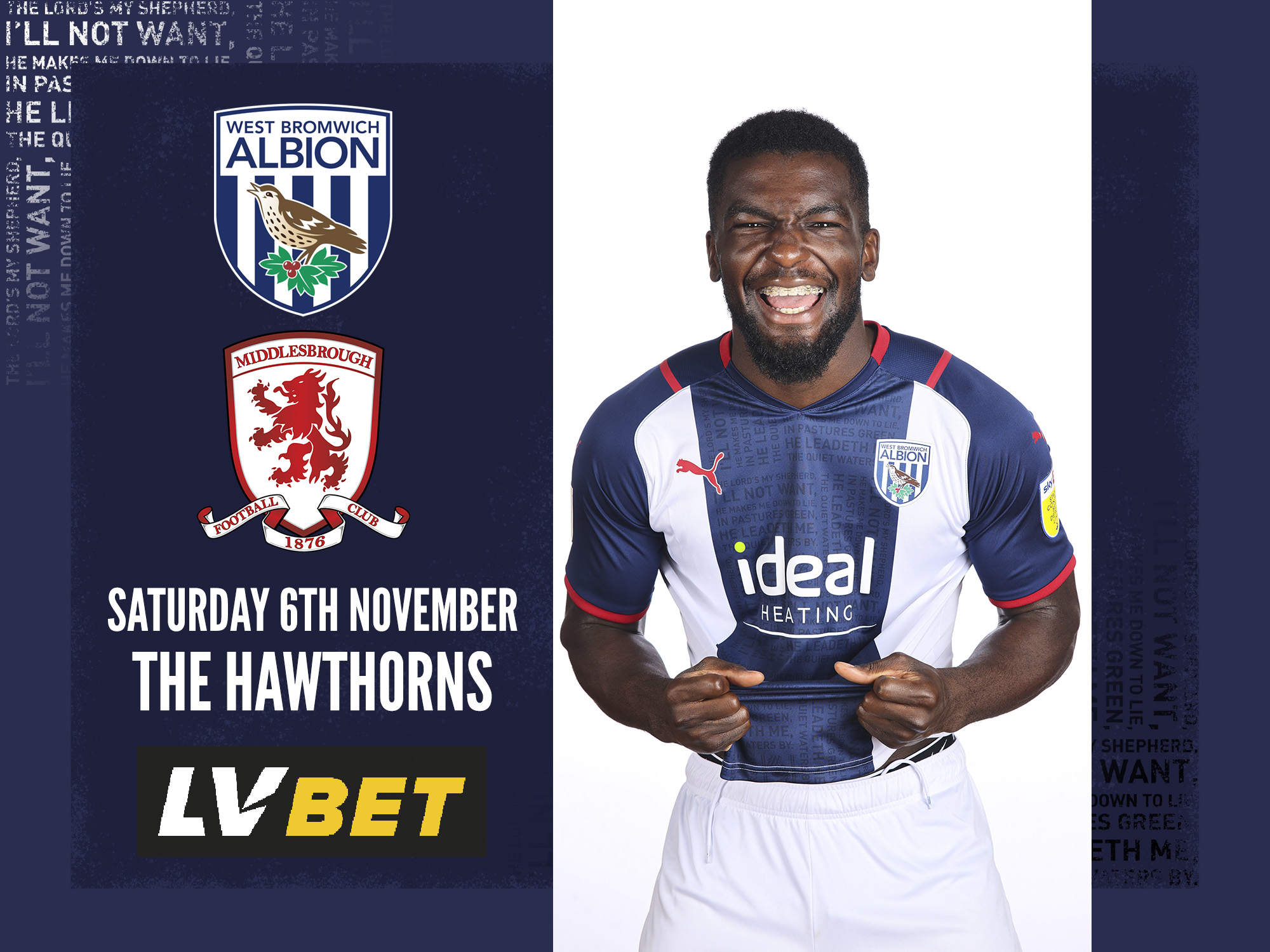 West Bromwich Albion will be on the hunt for a fifth successive home victory in the Sky Bet Championship when Middlesbrough come to town on Saturday afternoon (ko 3pm).

The Baggies won 1-0 against Hull City on Wednesday night courtesy of Karlan Grant’s eighth goal of the season, and his fifth in his last four games at The Hawthorns.

That victory followed on from previous B71 triumphs over QPR, Birmingham City and Bristol City, and boss Valérien Ismaël will want his side to keep building momentum in front of their supporters.

Opponents Middlesbrough arrive sitting in the middle of the Championship pack, having taken 21 points from their opening 16 matches.

Neil Warnock’s group have had a mixed bag of results so far, winning five and losing six of their last 11 games.

They’ve suffered back-to-back defeats against Birmingham at home on Saturday and Luton away on Tuesday night.

Check out the action from The Hawthorns as we secured our fourth successive home victory.

Fans based in the UK who don’t have a seasonal or monthly subscription to WBA TV Matchday can purchase an audio match pass for live Baggies-biased commentary for just £2.50.

Coverage will start at 2.50pm and a full-match replay will be available to watch the following day.

Fans based outside of the UK and Republic of Ireland who don’t have an existing subscription can purchase a video match pass and watch all of the action live for just £10.

Middlesbrough head to The Hawthorns on Saturday afternoon hoping to bounce back from consecutive Sky Bet Championship defeats.

Neil Warnock’s men were beaten at home by Birmingham last weekend and then suffered a midweek loss at Luton.

Boro had won three on the spin before their clash with Birmingham, and Warnock will know adding consistency to their results could prove crucial if they are to secure a top-half position this year.

The Teessiders have finished 10th or higher in three of the past four seasons since their relegation from the Premier League, but only once in that time did they earn a spot in the play-offs.

Tuesday’s defeat at Kenilworth Road ended a six-game run where their matches had finished with a 2-0 scoreline – winning four of those and losing the other two.

Chris Brunt, Marc Antoine-Fortune and Robert Koren were all on target at The Hawthorns.

The home team has only won one of the last six meetings between the Albion and Boro.

Boro's 1-0 win against the Baggies at the Riverside in August 2018 was the only time it has happened during that period, with the away team claiming two victories. The other three games all ended in draws.

A special Remembrance edition of Albion News will be available on Saturday afternoon.

But the usual instalments remain the same with big interviews from the gaffer, skipper Jake Livermore, Jayson Molumby, Caleb Taylor and so much more.

It's not one to be missed, so get your hands on a copy of this weekend's dedicated Remembrance programme online here or secure yours on the day of the game, with programmes available from several stalls in and around The Hawthorns.

Albion are favourites at 5/7 (1.72) to beat Middlesbrough this Saturday.

After getting his name back on the scoresheet against Hull City, West Bromwich Albion's top scorer Karlan Grant (eight goals) comes in at 9/1 (10.00) to score a brace and at 3/2 (2.50) to get his ninth goal of the season.