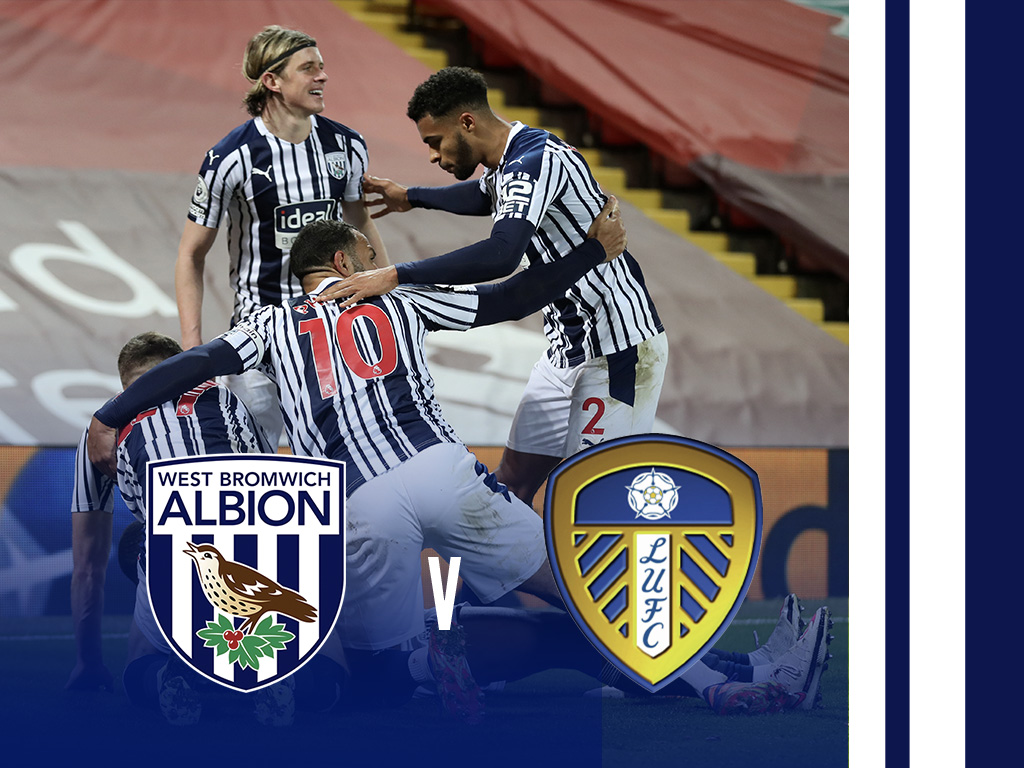 Sam Allardyce’s Baggies host Leeds United in their final game of 2020 at The Hawthorns on Tuesday evening (ko 6pm).

Their last match saw the Whites make it back-to-back home wins after edging out Burnley 1-0 at Elland Road on Sunday afternoon.

Patrick Bamford’s penalty proved to be enough as the West Yorkshire outfit bounced back from a heavy 6-2 away defeat against rivals Manchester United in their previous game, giving them positive momentum heading into Tuesday evening's clash in the West Midlands.

The brand of football Marcelo Bielsa has brought to Leeds has continued to receive recognition since returning to the Premier League along with Albion last season.

After 16 years away from England’s top flight, the Argentine led the Whites to the Championship title in his second season in charge after suffering heartache in the Play-Off semi-finals during his first campaign at the helm.

Leeds’ relentless energetic play is a factor which hasn't just gained praise from pundits and managers across the Premier League, but it has also brought the best out of United target man Bamford.

After successfully implementing a unique style during his first managerial post at native outfit Newell's Old Boys, Bielsa continued to stamp his authority on the domestic and international stage at the likes of Athletic Bilbao, Marseille, Lille, as well as the Argentina and Chile national sides.

Patrick Bamford has enjoyed a prolific start to life back in the Premier League this season.

The striker is among the league’s top-scorers, netting 10 goals from 15 top-flight games including one against the side he signed for as a youngster, Chelsea.

However, the 27-year-old’s career at Stamford Bridge didn’t take off and it featured several loan moves before his departure. That can’t be said about his time at Elland Road, where the forward has benefitted from Bielsa’s influence - netting 36 goals in 87 appearances for United.

The Baggies had to settle for a point during their last Hawthorns meeting with the Whites. Semi Ajayi scored at both ends as the game finished 1-1 in early January this year.

But Albion fans will look back with fondness on a clinical display from their side during the 2018/19 season, when goals from Hal Robson-Kanu, Matt Phillips, Harvey Barnes and Dwight Gayle secured a thumping 4-1 win in the Black Country in November, 2018.

Matt Phillips will be determined to deliver another impressive display since returning to the starting XI.

The Baggies were forced to do a lot of defending during their last outing against reigning Premier League champions Liverpool.

And the Scottish international, who wore the captain's armband for the first time in his Albion career at Anfield, will undoubtedly be encouraging his team-mates to be clinical when chances arise in the final third on Tuesday as the Baggies look to record their first win under Allardyce.

Albion News provides the ins and outs of Albion’s new coaching team in this week's edition, as well as columns from Branislav Ivanović and Karlan Grant.

We will also pay tribute with a six-page spread to members of the Albion Family we have lost in 2020 in our annual Always Albion tribute.

Big Sam’s column offers his thoughts and hopes for Albion going into 2021 and Academy Manager Richard Stevens explains the progress the youth system has made in our detailed Q&A.