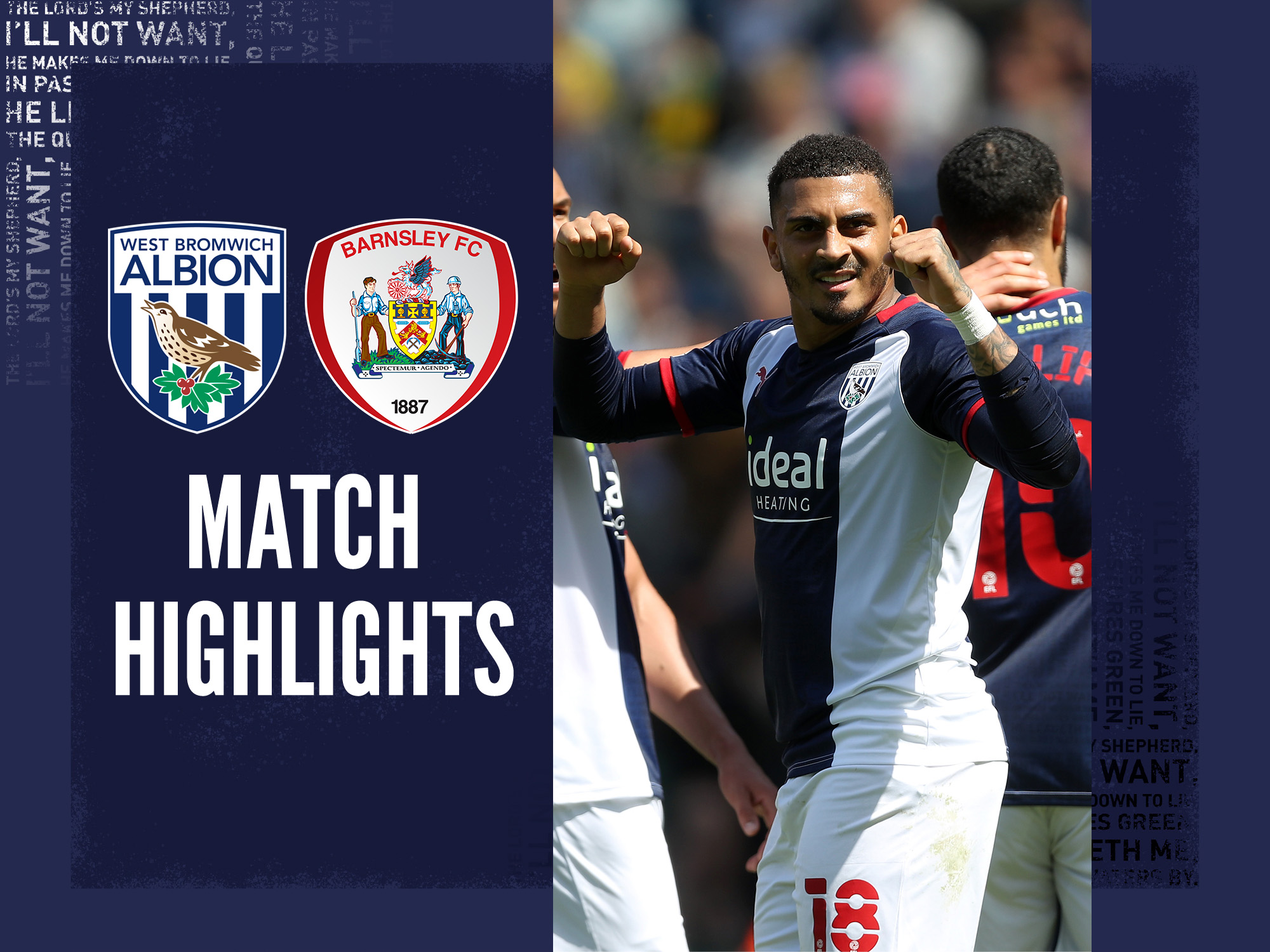 Watch free-to-view highlights of a fine Baggies display to round off the campaign.

Following the break Matt Clarke made sure his loan spell finished with a goal and Grant netted his second as Steve Bruce’s men concluded the campaign in positive fashion at The Hawthorns.

The boss stuck with the 4-4-2 formation which helped Albion to a 1-0 win at Reading last weekend, but opted to bring Clarke and Darnell Furlong in for Conor Townsend and the injured Kyle Bartley.

And his side looked bright during a dominant first period. The lively Grady Diangana saw a shot saved early on, as did Reach, before Dara O’Shea headed narrowly over from a corner.

They finally grabbed a deserved lead in the 37th minute when Jayson Molumby, enjoying his first start since joining Albion permanently, was brought down in the area – and Grant made no mistake in tucking home.

The Baggies picked up where they left off after the interval, netting a third within seven minutes thanks to Clarke’s composed close-range finish.

It didn’t take long for a fourth to arrive, either. Grant was sent clean through in front of the Birmingham Road End, and his chip secured goal No.18 of the campaign.

Caleb Taylor was brought on for his league debut and Zac Ashworth made his first Championship home appearance as Bruce gave the youngsters valuable minutes ahead of their PL Cup Final next week.

Grant then had the opportunity to secure a hat-trick before time was up, but Albion’s top scorer couldn’t convert from the spot for a second time as Walton saved his 12-yard effort.

So 4-0 it stayed at The Hawthorns, a tough season ending on a high for the Baggies in the Black Country sunshine.