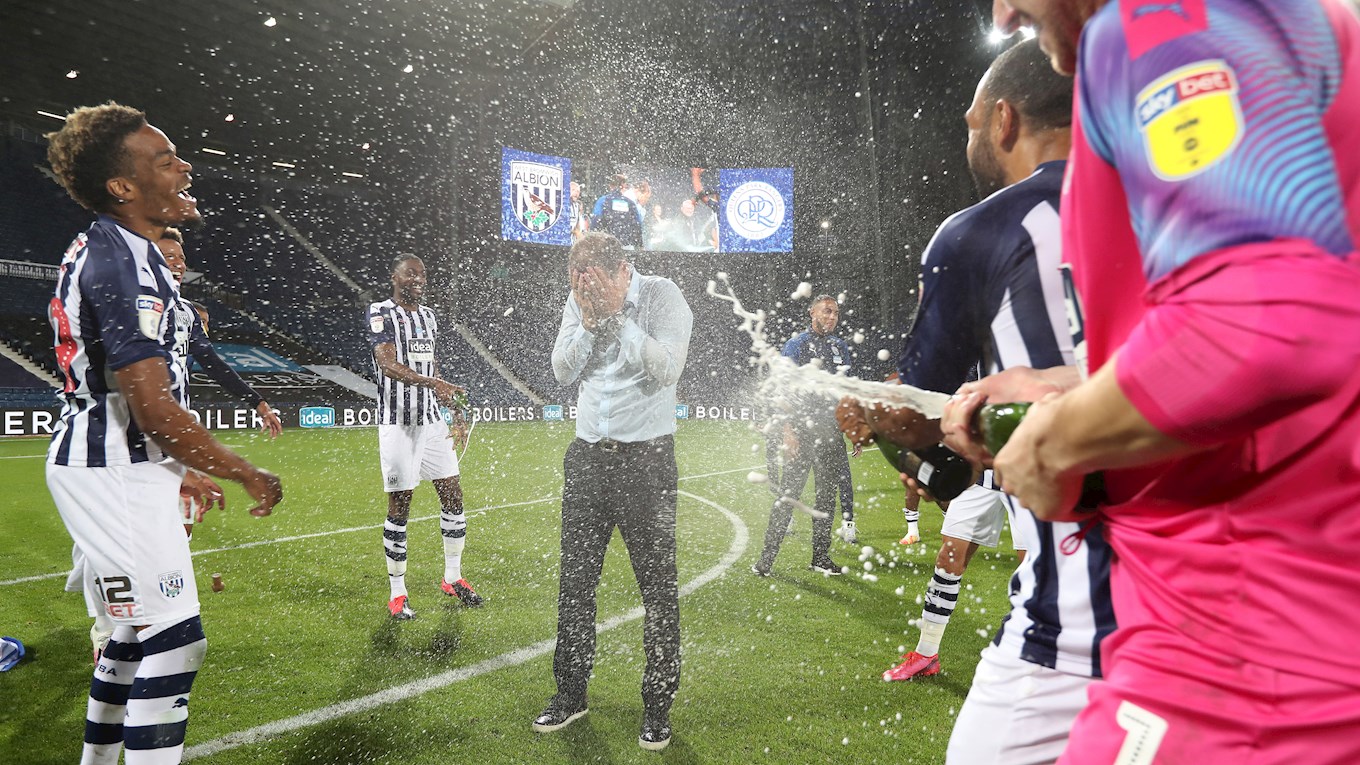 A proud and jubilant Slaven Bilić relived the nerve-shredding final moments of the season that confirmed his Albion team as promotion winners.

The Baggies were pushing for a winner against QPR in the final game as news reached that Brentford had drawn level with Barnsley in the fixture most relevant to Albion’s prospects.

But when a further bulletin arrived that Barnsley had scored a dramatic late winner, Slav admitted it brought a sharp change of tactics!

It led to dramatic scenes as Kyle Bartley, initially sent forward as an additional striker in a pre-planned operation, failed to detect furious signals from the bench to return to his defensive station.

“I told the players on the morning of the game when I was at the training ground what we were going to do (send Kyle forward) in the last 15 minutes if we didn’t like the score,” Bilić added.

“We couldn’t rely on Brentford not scoring and we looked like we were going to score.

“We were creating and it didn’t look like they were hurting us.

“But then when Barnsley scored and it was 2-1, I decided for Bartley to go back and let's get the result, let’s keep the ball!”

It all turned out right in the end with the players and staff unable to contain their joy as the pressure of the final weeks of this exhausting campaign was finally released.

“It is right at the top,” said Slav when asked how this achievement ranked in his career highlights.

“You don't know how exhausting it was this season. You can't imagine how proud and happy I am.

"I managed my country for six years and I said no matter which club I manage nothing will compare when you are the manager of your national team.

“I am very proud of how we played against QPR, considering the situation.

“We were up for it. We showed character, we showed quality. Up until they scored their equaliser we were fantastic.

“We were creating chances, winning second balls, we were defending well, we were top. We should have won the game comfortably.

“But we are there and we deserve to be.”