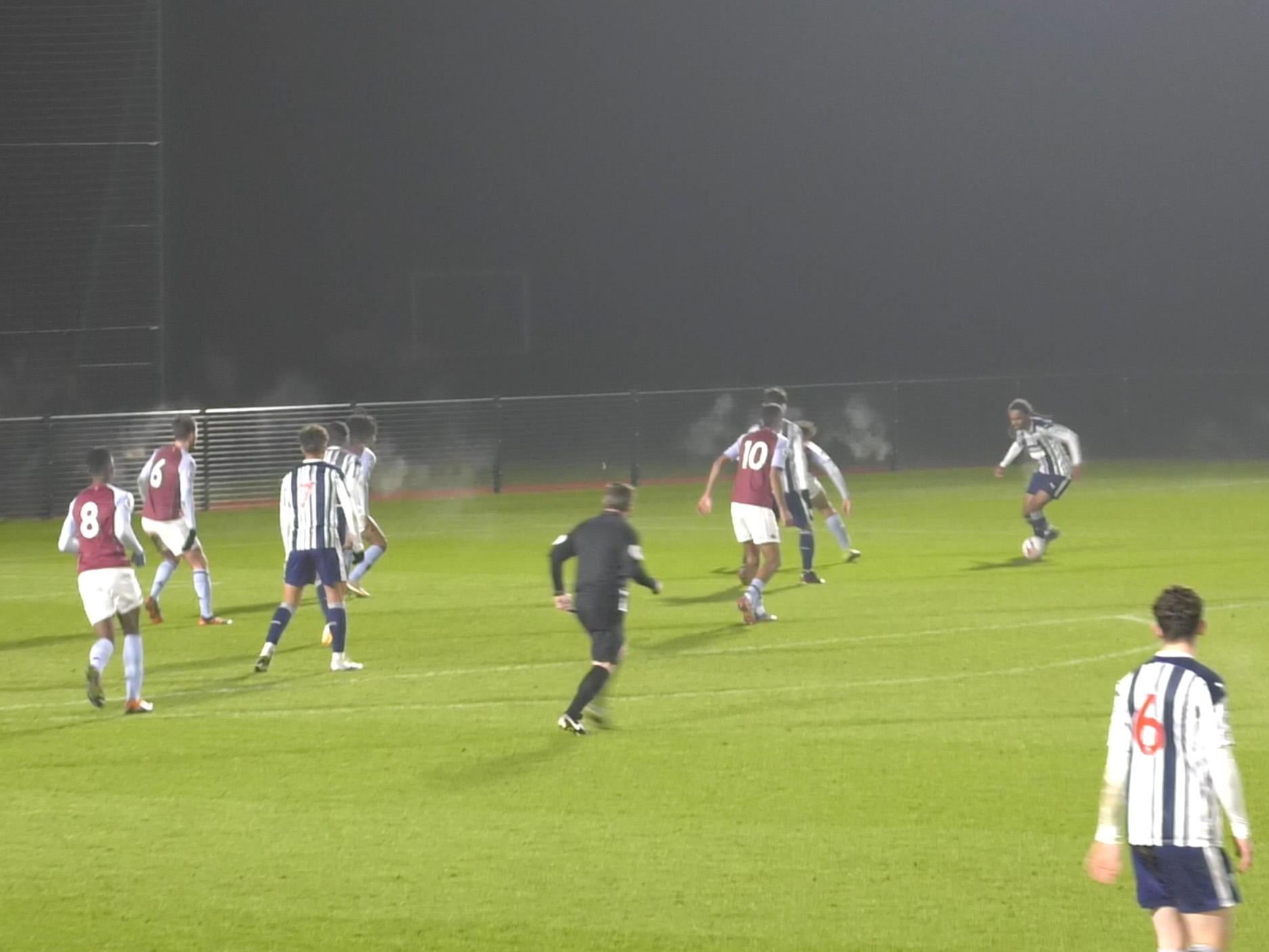 The hosts took the lead in the first half thanks to a looping Henri Lansbury effort, before Louie Barry converted from the spot just after the interval.

Albion battled through the second half and gave themselves hope when Harper lashed in a loose ball, but the late strike wasn’t enough as Deon Burton’s side started 2021 off with a loss.

Villa started during the early proceedings and were rewarded for their efforts when a cross-come-shot from Lansbury caught out Baggies keeper Ted Cann to put the home side in front after six minutes.

But also Albion got into good areas in the opening exchanges, and Nick Clayton-Phillips almost took advantage of the space afforded to him in the Villa box.

However, the attacker was closed down by the recovering players and was forced to curl his shot wide of the mark. Not long after, Albion were presented with a guilt-edged chance when Finley Thorndike was given space to shoot inside the area.

But as he shaped to shoot, Fin was deemed to be in an offside position as Albion went in at the break trailing by a one-goal margin.

Villa’s youngsters started the second 45 in the same vein as they did the first, with forward Barry finding space behind the Baggies defence.

And the striker stepped up for his side just minutes into the half after team-mate, Lamare Bogarde, collided together with Baggies midfielder King inside the box with the referee in no doubt about the decision despite the Albion protests.

Keeper Cann very nearly got a hand to the effort, but he couldn’t prevent it going in as Barry doubled the hosts’ advantage from the spot.

Albion responded well to falling further behind as Rico Richards pulled the strings in midfield, and George Harmon produced a series of energetic, direct runs which troubled the Villa defence.

King saw two volleys parried to safety by keeper by Louie Molden, while creative midfielder Richards came agonisingly close to rewarding his hard work when, firstly, he worked space for a shot after receiving a quick pass from the left, but his shot went narrowly wide.

But Albion went even closer with his second chance as the 17-year-old weaved through a couple of challenges to get himself into the area and one-on-one with the stopper — but a last-ditch tackle denied a great goal-scoring opportunity with the clock running down.

Albion continued to put on the pressure and they came away with a consolation when Harper lashed home a bouncing ball following a scramble from a corner.

And despite the four minutes of extra-time, Burton’s men suffered their third consecutive defeat.