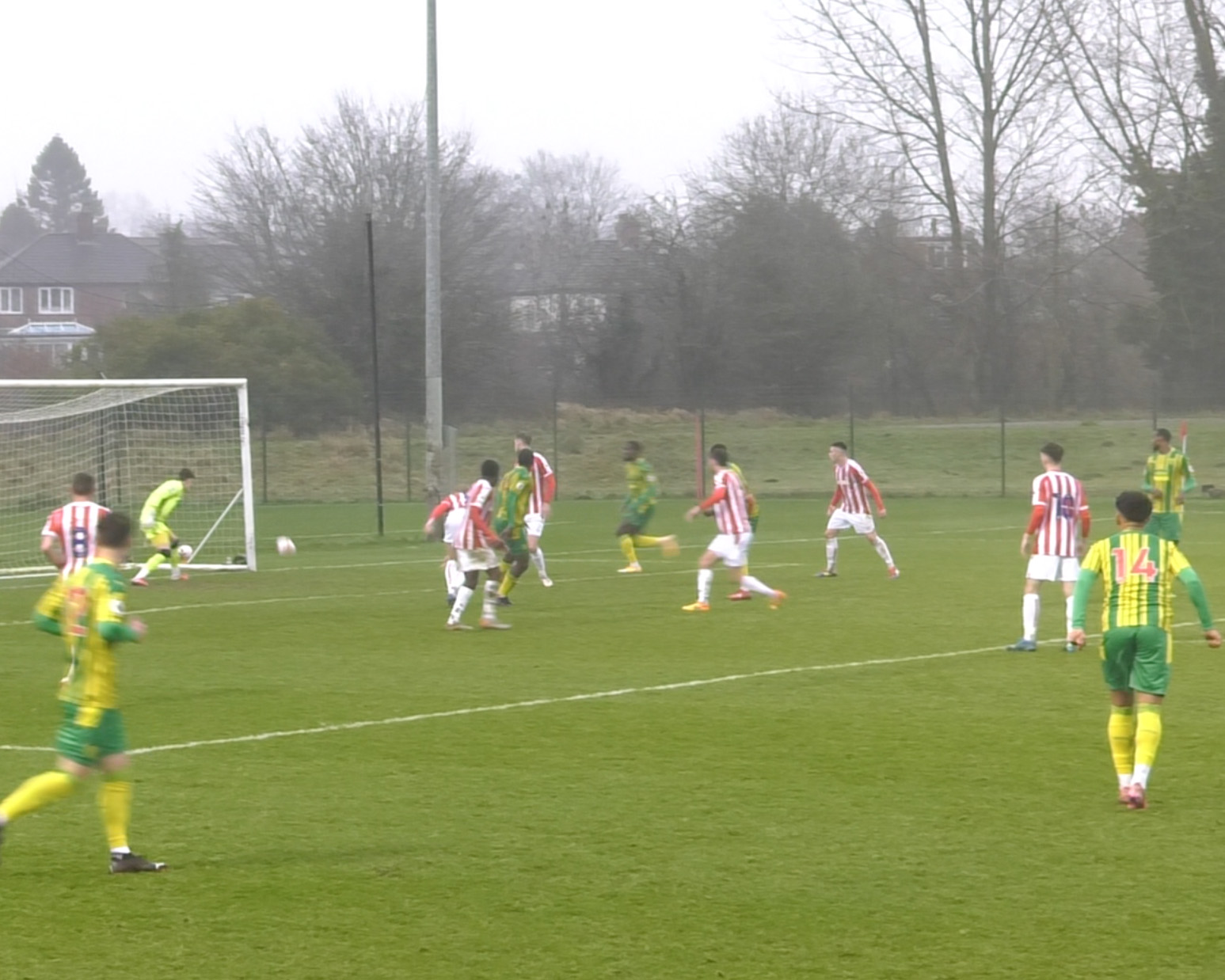 Cheikh Diaby’s fourth successive goal and a brace from Finn Thorndike weren’t enough as Albion’s PL2 side were narrowly defeated by Stoke at Clayton Wood.

The Baggies found themselves four goals down by half-time after a hat-trick from Ethon Varian and a penalty from Christian Norton.

Thorndike and Toby King’s introduction in the second half helped Albion swing the balance of the game in their favour.

But despite Diaby’s penalty and Thorndike’s late brace, Deon Burton’s side couldn’t find an equaliser in the dying embers.

Albion were put on the back foot after just 12 minutes when Varian opened his account for the afternoon after giving stopper David Button no chance with a close-range finish.

The young City forward soon doubled his tally when he got in between Albion’s defenders before heading past Button and the task was made more difficult when Cédric Kipré was judged to have tripped a Stoke attacker in the box.

The home side were awarded a penalty and Varian converted his hat-trick in the space of 24 first-half minutes. They were awarded another spot-kick before the interval when Kipré was again found guilty of committing a foul in the area.

Norton was handed the responsibility this time, and the striker netted the Potters’ fourth as the Baggies prepared their second-half response.

Thorndike replaced Taylor Gardner-Hickman for the second 45 and Albion started to create more chances as Kyle Edwards was shifted to the right wing.

A few menacing runs by the winger in the opening 10 minutes of the half was a sign of things to come, as Edwards’ quick feet and confident strides forward were rewarded when Albion earned a penalty of their own.

Overlapping runs down the right created space inside for Edwards to exploit and after weaving away from a couple of challenges, the attacker was hacked down by a Stoke defender and Diaby stepped up to net his fourth goal in as many games.

Albion’s first goal created confidence as they restricted Stoke to only a couple of attacks throughout the whole half and 20 minutes before the end, Thorndike’s curling effort was deflected in off the post.

Momentum was with the Baggies and Thorndike was lively again to show nice quick control, before drilling a low effort beyond Stoke keeper Robbie Hemfrey in the final minute of regular time.

The visitors pushed to level the scored deep into stoppage time and a Kamil Grosicki delivery was nearly met at the back post, but Albion couldn’t get on the end of the delivery as they suffered back-to-back defeats.