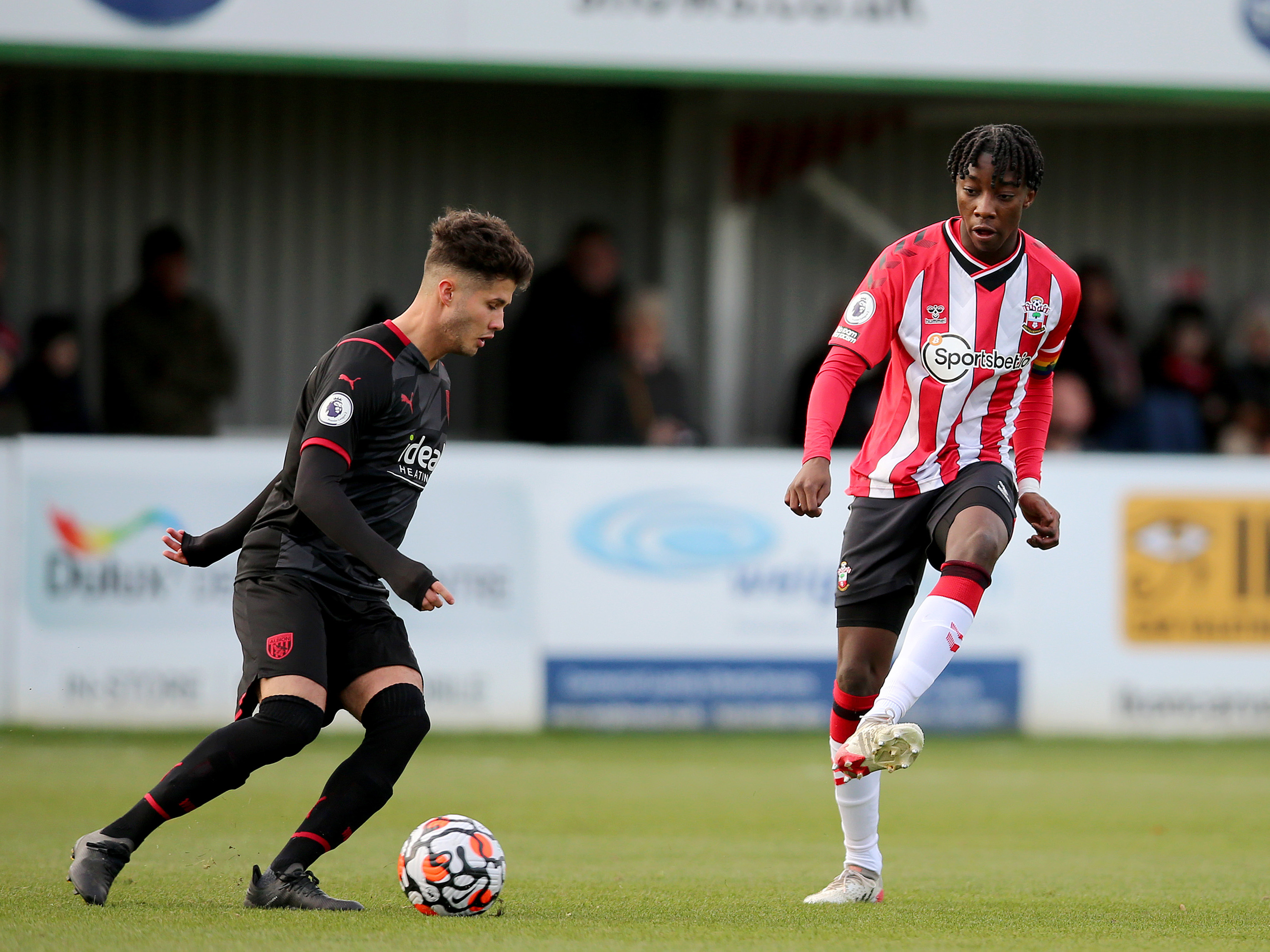 Albion’s PL2 side suffered just their third defeat of the season against Southampton on Sunday afternoon.

Tom Fellows had given the young Baggies a deserved lead midway through the first half, but Luke Pearce’s goal just before the interval provided the Saints with momentum going in at the break.

And the hosts made the most of their morale, as efforts from Vazeem Olaigbe and Thierry Small took the game away from the Baggies in the second 45.

Despite the end result, the game started well for Richard Beale’s side. A front-three of Reyes Cleary, Jamie Soule and Ray Tulloch threatened to open Saints up and after 18 minutes, they did just that.

But it was a long ball from goalkeeper Ronnie Hollingshead which created an opening for Fellows, who brought the Wales youth international’s long ball out of the sky before smashing in a fantastic effort to give the visitors the advantage.

Albion had Hollingshead to thank for preserving the lead as they approached the halfway stage, the shot-stopper producing two fine diving saves to deny Southampton’s attackers. Sadly, he was powerless to stop Pearce levelling the contest after he poached onto a through ball before rounding the youngster.

It was one-way traffic after the break and the hosts capitalised on their dominance with two quick goals, as Olaigbe lost his man to smash in a second and full-back Small was allowed space to rifle a shot in off the post.

Fellows threatened down the flanks and substitute Owen Windsor came close to reducing the deficit, but the young Baggies couldn’t force a response as the hosts ensured the points stayed on the south coast.