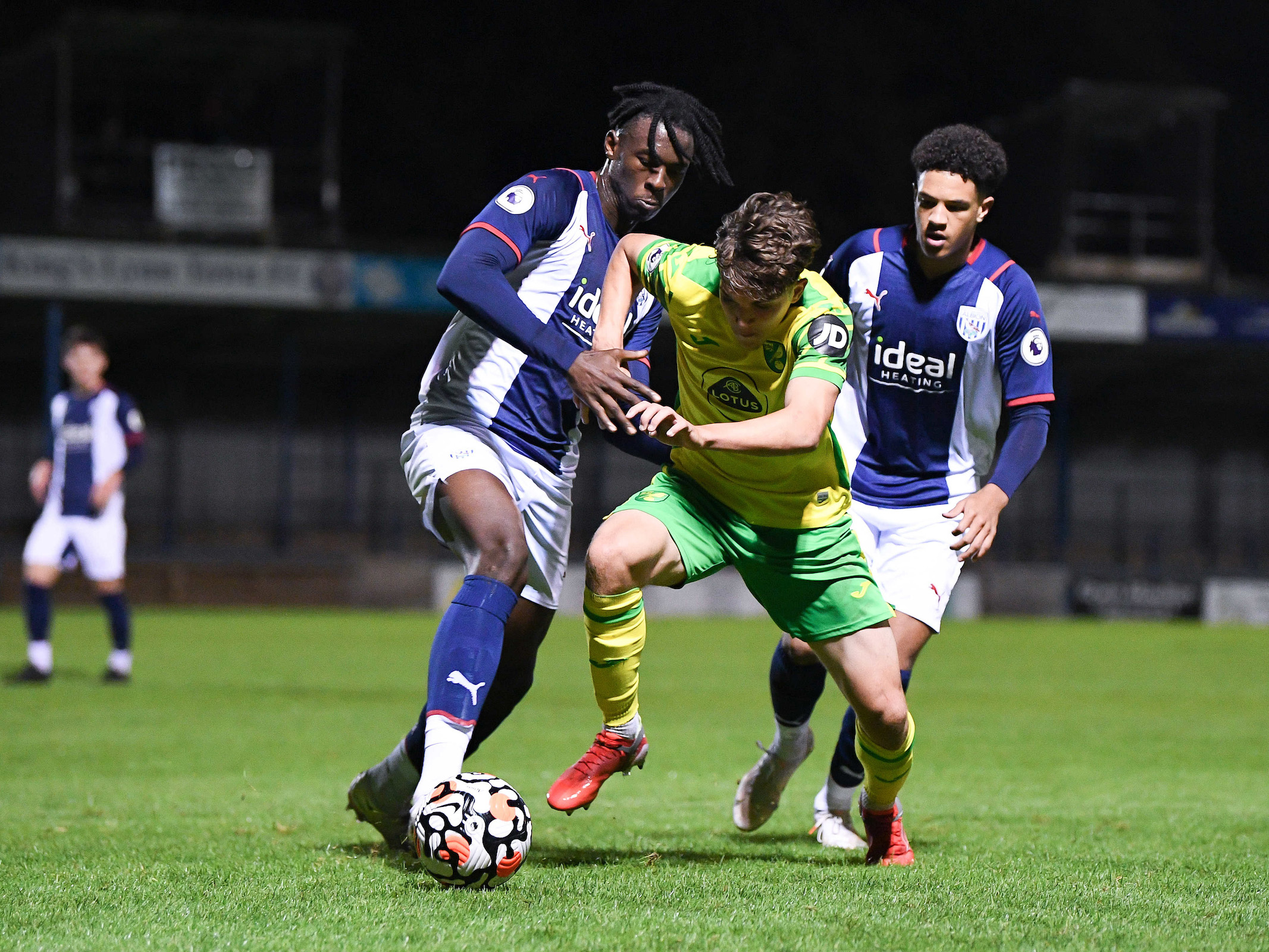 Albion’s PL2 side returned to winning ways in the league after coming from behind to secure a thumping victory against Norwich City on Monday night.

The young Baggies fell behind to Jon Rowe’s first-half strike, but an own goal by Nelson Khumbeni gave them a platform to build off after the break.

Two quick-fire doubles from Reyes Cleary and Owen Windsor cancelled out Tom Dickson-Peters’ goal for the hosts, as Richard Beale’s men kept momentum rolling with a second consecutive win in all competitions.

City attacker Rowe made a lively start to the game for the hosts, forcing Mac Chisholm into three smart saves.

But the Baggies stopper couldn’t prevent Rowe giving the hosts the lead when indecision at the back put him one-on-one with Chisholm, and the Norwich forward remained cool to round the stopper and poke in the game’s opening goal.

With the hosts looking set to take the lead in at the break, a freak moment got Albion back on terms as Khumbeni overpowered his kick back to goalkeeper Joe Rose, who couldn’t stop the high pass going over him and into the net to restore parity for Beale’s men at the interval.

Just like their recent triumph over Southampton last Friday, Albion turned the game on its head after the break when Cleary smashed in a Tom Fellows cross to put the away side ahead.

Although Dickson-Peters’ lobbed finish levelled the game again at 2-2, Cleary bagged his second just minutes later - showing great individual skill to turn his man on the edge of the box before poking the ball under the keeper to restore Albion’s advantage.

And it didn’t take long for Windsor to get in on the act when Fellows exhibited his creative influence once again to pick out the forward in the box, and the substitute steadied himself before lashing in the fourth.

But Windsor wasn’t finished there and showed his determination to pressure a back-tracking Canaries defender into colliding with home keeper Rose, leaving Owen the simple task of poking into an empty net to cement emphatic back-to-back triumphs for the young Baggies.