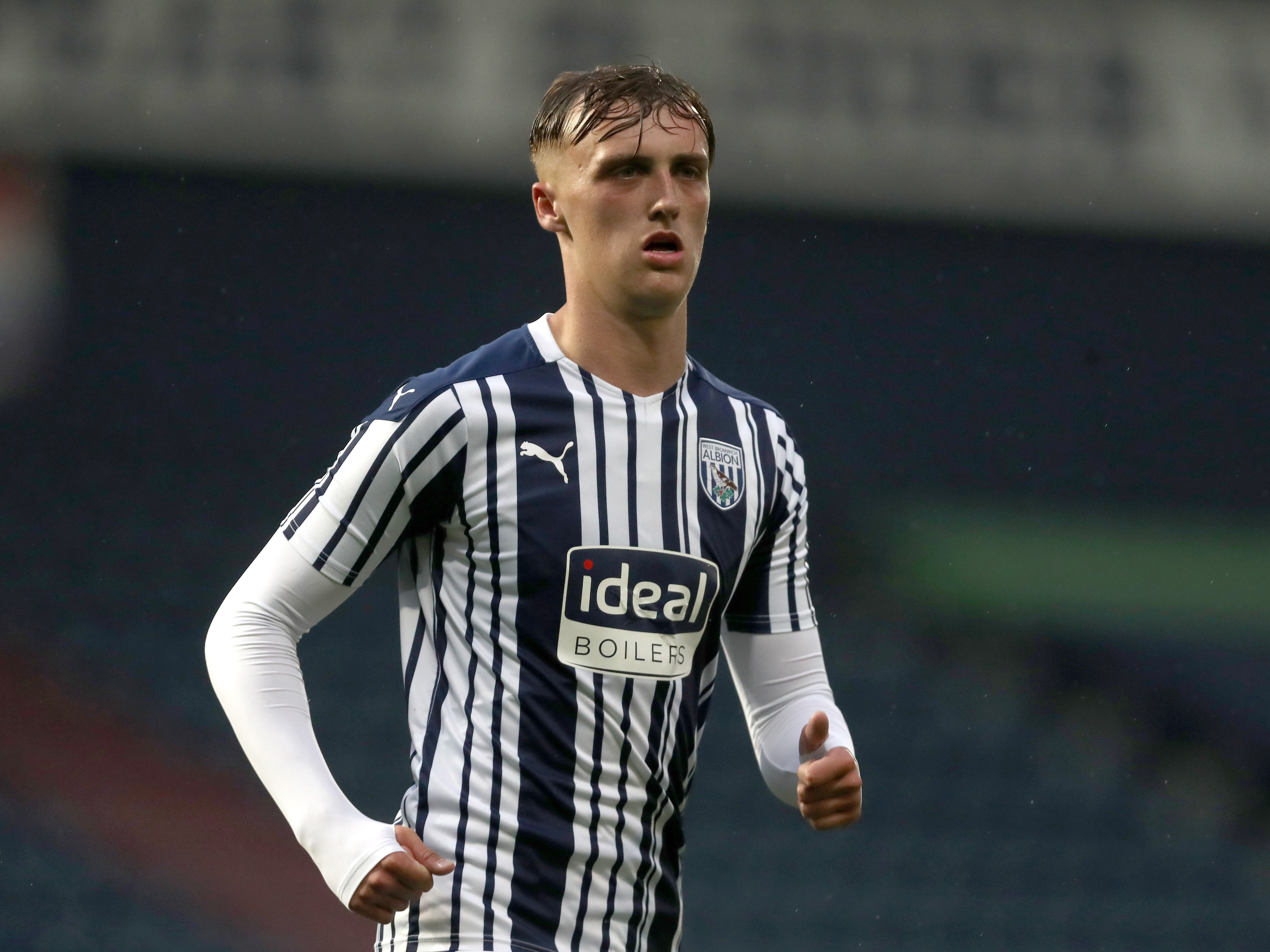 Jamie Andrews scored a late header to secure a well-earned point for Albion’s PL2 side against Norwich City on Friday afternoon.

The Baggies took the lead shortly after the 10-minute mark thanks to Jovan Malcolm’s confident low finish, but the Canaries rallied as Matt Dennis scored two goals in the space of three minutes to give the home side a first-half lead.

And although Albion couldn’t make the most of a host of chances over the course of the second 45, they were eventually rewarded when substitute Andrews headed in at the back post to send Deon Burton’s men home with a share of the spoils.

It was Albion who started the game on the front foot, with powerful forward Malcolm playing on the shoulder of Norwich’s last line of defence and combative midfielder Tim Iroegbunam seeing two efforts gathered in the opening minutes.

And it was from this position that Malcolm netted the game’s first goal when clever work from Rico Richards allowed him space to feed the ball through the defence and into his team-mates path.

And Jovan remained calm in the box, as he poked the ball confidently under onrushing City stopper Daniel Barden to give Albion a deserved lead.

But the young Baggies’ good start to the game forced Norwich to match their intensity, and the hosts pounced on a lapse in concentration at the back to win a penalty 12 minutes later.

A late challenge on Dennis left the referee with no choice but to point to the spot after he’d escaped the attentions of the Albion defence, and the forward stepped up to net the equalising penalty and send Ted Cann the wrong way.

Dennis didn’t have to wait long for his next opportunity when he ran away from England Under-18 international Ethan Ingram and onto a defence-splitting through ball, before comfortably finishing past Cann to turn the game on its head going into the second half.

Although the hosts had matched Albion’s bright start towards the end of the first half, Burton’s men replicated their intensity throughout the second 45 as they created a number of chances.

Midfielder King proved a pivotal figure in the Baggies’ creative play and he came mightily close to levelling the contest; first by firing narrowly wide of Barden's left post from the edge of the box, before rattling the outside of the framework with a powerful drive.

Malcolm was moved from the front line of Albion’s attack to the left flank midway through the half, and he made the most of his pace and power to burst away from City right-back Ethan Vaughan, but could only smash an effort straight at Barden who had the near post covered.

Despite the Baggies’ front-footed approach to proceedings, they had the offside flag to thank when a Norwich counter-attack left the defence open to runs in behind as Dennis was fed the ball for an easy tap-in.

But, thankfully for Albion, Dennis was denied his hat-trick as one of City’s other attackers' was behind Albion’s defensive line in the build-up, as Burton’s team continued their push on the Norwich goal.

Substitute Jamie Soule came off the bench for the closing stages of events and he nearly made an important contribution when Taylor Gardner-Hickman’s perfect cross across the box founding the lively attacker free at the back post. But Norwich stopper Barden got an important touch to parry Soule's shot onto the bar.

Attacking-midfielder Andrews was thrown on as the last roll of the dice for the Baggies, and it was a move which paid off for the visitors.

King remained patient on the edge of the box before picking out Andrews at the back post in acres of space, and he remained cool to loop his header over Barden and ensure the young Baggies made the trip back to the Black Country with a hard-fought point.