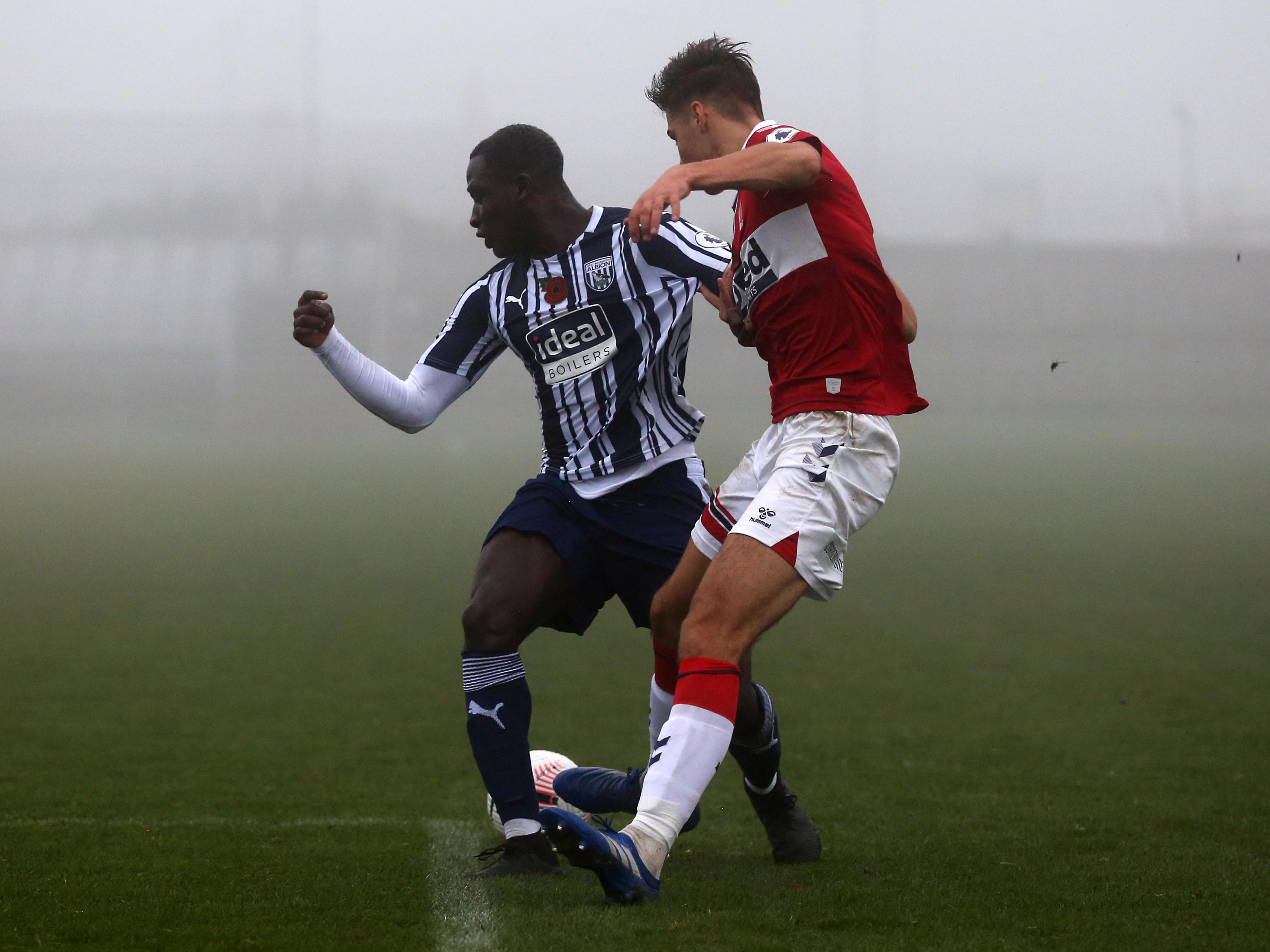 Mo Faal’s second-half header was enough to secure victory for Albion’s PL2 side against Middlesbrough in Premier League 2 Division 2 on Sunday afternoon.

The young Baggies battled through difficult conditions on Teesside - as they did in their last match against Newcastle - and again their perseverance was rewarded.

Baggies keeper Sam French saved a second-half penalty before Mo Faal's goal-bound header - which Cheikh Diaby ensured went over the line - beat the Boro' keeper in the 70th minute to extend the Baggies' unbeaten run in the league to three matches.

Boro’ striker Rumarn Burrell almost punished Albion stopper Sam French in the opening stages when he pressured him into mis-controlling the ball prior to kicking it out. But French recovered well to prevent the home side taking the lead.

Baggies defender Aksum White came close to putting the ball past his own keeper when a Boro’ attack fortuitously rebounded off his foot and deflected towards goal, but French’s quick reactions denied any potential defensive mix-up.

After weathering pressure, U23s boss Burton will have been pleased with the way his side played on the break as good inter-play presented Richards with a great chance to put Albion in front - but his effort narrowly flashed wide.

Striker Faal scuffed an effort which failed to test Solomon Brynn in the home net, but the Baggies target man was involved to good effect after the interval to help seal victory.

However, Albion had their keeper to thank after French denied Hayden Hackney from the penalty spot to keep the scores level and spur them on to get the winner in the final 20 minutes.

Left-back George Harmon’s deep cross was met by an unmarked Faal at the back-post and although he couldn’t get the right connection on his header, substitute Diaby was lurking to convert the loose ball in the last defining act of the game.

The win means Albion brought table-topping Boro’s three-game winning run to an end and moves them up to fifth-place in the Premier League 2 Division 2 table.