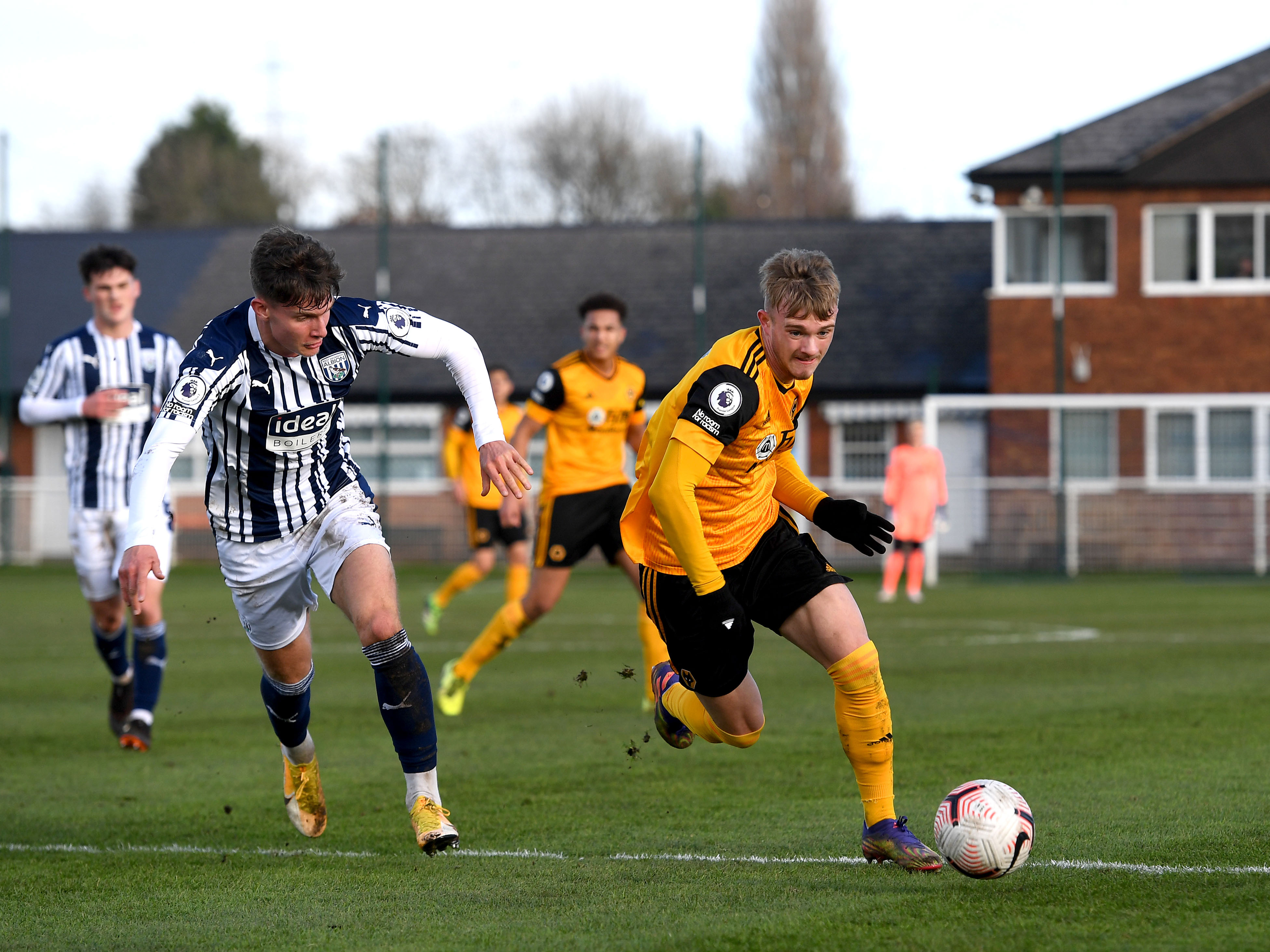 Albion’s PL2 side were defeated in their local derby against Wolves after three second-half goals cancelled out Cheikh Diaby’s stunning strike.

The Baggies took the lead in the first half when Kyle Edwards followed up some good close control with a smart finish.

And although the visitors equalised through Shabani just seven minutes later, Diaby struck a thunderous effort to give Albion the lead at the interval.

But Wolves’ second half performance put the contest beyond Albion’s reach as goals from Buur and a brace from Corbeanu sealed victory for the away side.

Wanderers started the game brightly and only good anticipation from defender Caleb Taylor prevented the visitors having an opportunity on goal in the opening minutes of the contest.

The visitors came close shortly after their initial effort when Theo Corbeanu’s driving run down the right allowed him space to have a shot, but his curling strike went narrowly past the post.

But Albion responded well and dominated proceedings from then on as Edwards saw his goal-bound cross tipped wide by the back-tracking keeper, Andreas Sondergaard.

However, the Wolves stopper could do nothing about Edwards’ next effort as the Baggies pounced on a loose pass on the halfway line, and Edwards burst forward before slotting a precise left-footed strike beyond the keeper to give Deon Burton’s men the lead.

Taylor Gardner-Hickman came close to doubling Albion’s advantage shortly after opening the scoring when the Wolves defence failed to handle his powerful run into the box, but the full-back’s eventual shot was straight at Sondergaard.

Despite Albion’s encouraging attacking play, they were pegged back when a break down the right wing committed Albion stopper Ted Cann to his near post, and the ball was cut back to Meritan Shabani who poked the cut-back into an empty net.

The Baggies came back fighting and after two efforts from Toby King which tested the visitors’ resolve, Cheikh Diaby broke their resistance with a fine strike.

Wolves found themselves committed up-field as Albion broke through the centre with Diaby and despite having options to his left and right, he rightly elected to go on alone as he smashed a wonderful strike in off the crossbar to put Albion ahead at the break.

The away side continued their pressing into the second half and equalised within 15 minutes when Oskar Burr’s left-footed strike from just inside the box curled into the bottom corner.

And Wolves got themselves ahead just minutes later when a quick counter-attack down the left wing ended with Corbeanu netting at the back-post.

Two minutes later, the visitors extended their lead when Corbeanu again profited from a quick break-away down the left side, as the ball rolled across the box to the forward who netted his second.

Albion maintained their push for a way back into the game and Cheikh Diaby almost doubled his tally when he darted towards substitute Jovan Malcolm’s front-post cross, but the forward couldn’t latch onto it as Wolves held out for victory.