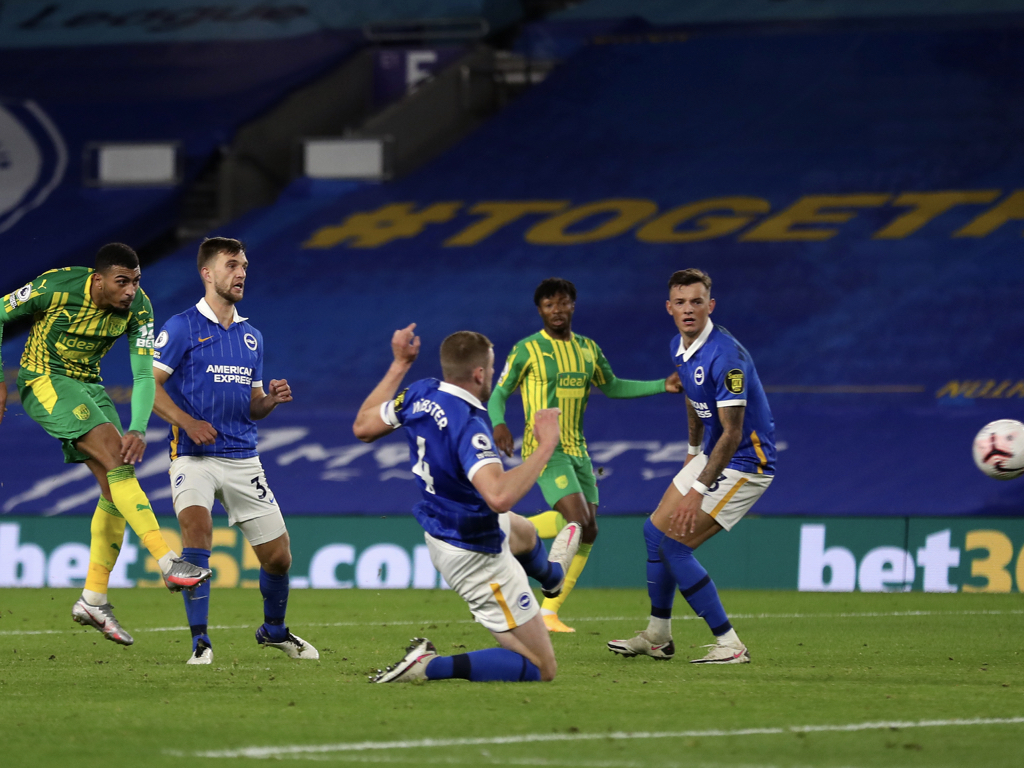 The hosts took the lead with a fortunate first-half own-goal but the Baggies bounced back after the break to claim an equaliser their spirited display deserved – with Grant driving home an impressive maiden strike for the club just seven minutes from time.

Bilić made one change to the side that drew 0-0 against Burnley last time out with Semi Ajayi returning in place of Ahmed Hegazi.

The Baggies started brightly on the south coast with Filip Krovinović forcing a third-minute save from Matthew Ryan with a low 25-yard drive.

Albion more than held their own in the opening 20 minutes of the game but that good work would have been squandered had Sam Johnstone not been on hand to deny Neal Maupay with a fine save from close range.

Johnstone was called into action again 10 minutes before the interval, this time parrying a well-struck, 20-yard effort from Leandro Trossard.

The hosts took the lead in fortunate fashion on 40 minutes when Branislav Ivanović’s attempt to clear a low Tariq Lamptey cross cannoned off Jake Livermore and in.

The Baggies were positive in their pursuit of an equaliser after the break but were unable to create a clear-cut goalscoring opportunity.

The introduction of Kyle Edwards and Callum Robinson just after the hour mark sparked Albion into life.

Matheus Pereira curled wide from 20 yards just two minutes after the double substitution, before Krovinović forced a fine full-stretch save from Ryan with a fierce, swerving strike from the edge of the area.

The Baggies went even closer on 76. Pereira’s left-foot shot from the edge of the ‘D’ curled into the left upright and wide.

With time seemingly running out Slaven Bilić’s men continued to press for an all-important equaliser and it came from recently-recruited Grant in just his second game since joining from Huddersfield.

The 23-year-old striker controlled a low right-wing cross before rifling the ball into the roof of the net from 12 yards.

It was all Albion from there on in and on another night, the Baggies might just have returned to the Black Country with all three points.