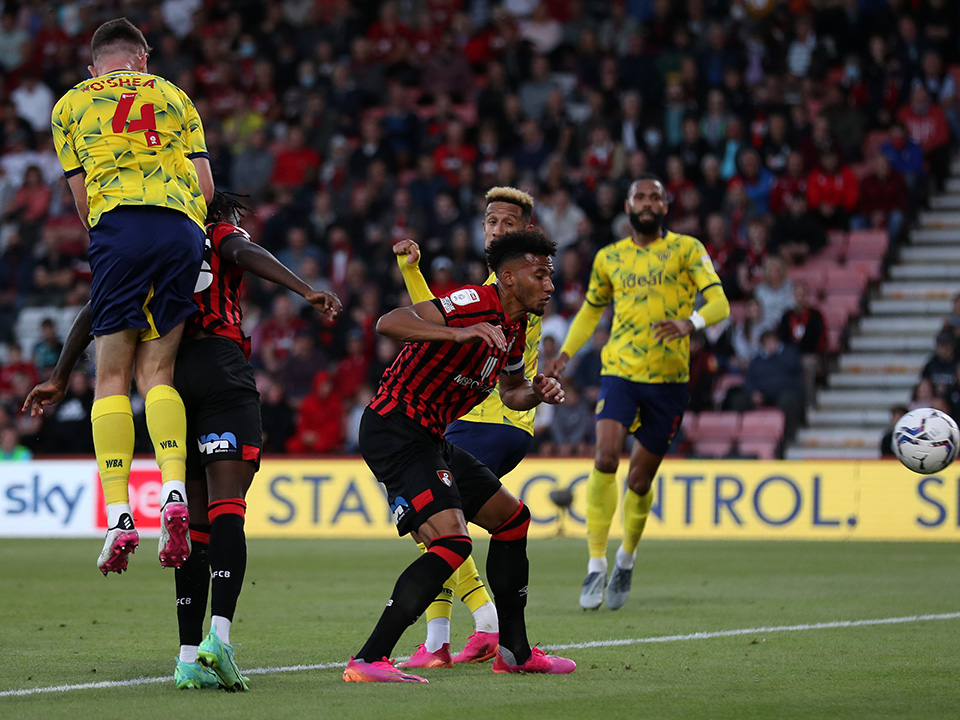 Emiliano Marcondes gave the Cherries an early lead before Dara O’Shea’s header brought the away side level ahead of the interval.

In a thrilling second-half Bournemouth struck first again, Philip Billing netting from the edge of the box, before Albion roared back once more - Callum Robinson earning his team a well-deserved point on the road.

As seen during pre-season, Valérien Ismaël lined Albion up in a 3-4-3 formation - though were forced to name only six substitutes after Matt Clarke picked up a knock earlier in the day.

It was the visitors who had the first attempt of the evening when Alex Mowatt curled a dangerous free-kick into the area and Karlan Grant headed straight at Mark Travers.

However Bournemouth were the ones to edge in front on the 12-minute mark, Marcondes latching onto a low pass from Jaidon Anthony and sending his shot past David Button.

The Cherries had a good spell shortly after their goal, yet Albion quickly settled down again and began to create opportunities through counter attacks and set-pieces.

And that pressure resulted in a Baggies equaliser with 33 minutes on the clock. Conor Townsend’s initial long throw was cleared straight back to him, but he controlled the ball and directed a cross straight at O’Shea to superbly head home the leveller.

The away team might have gone ahead almost instantly had Callum Robinson not seen his close-range poke disallowed for a foul, seen somewhere by referee Darren Bond as a corner was whipped in.

Robinson and Kyle Bartley both tested Travers as Albion cranked up the heat before half-time, the Bournemouth goalkeeper to thank for the 1-1 scoreline as the sides headed down the tunnel for the break.

The Baggies almost responded immediately - Cedric Kipre the second Albion player of the night to have an effort chalked off for a foul during the build-up to his header.

They held their nerve, though, and the goal came. Townsend won possession from a Bournemouth throw and quick play between Albion’s left wing-back, Alex Mowatt and substitute Matty Phillips eventually saw Robinson smash in a volley.

Despite Ismaël’s men pushing forward Button had to remain alert down the other end, the shot-stopper superbly denying David Brooks’ strike when the Welsh international looked destined to score.

There were a few chances to steal the win - Grant flashing wide and Jake Livermore hitting one over, but in the end the spoils were shared on the South Coast.