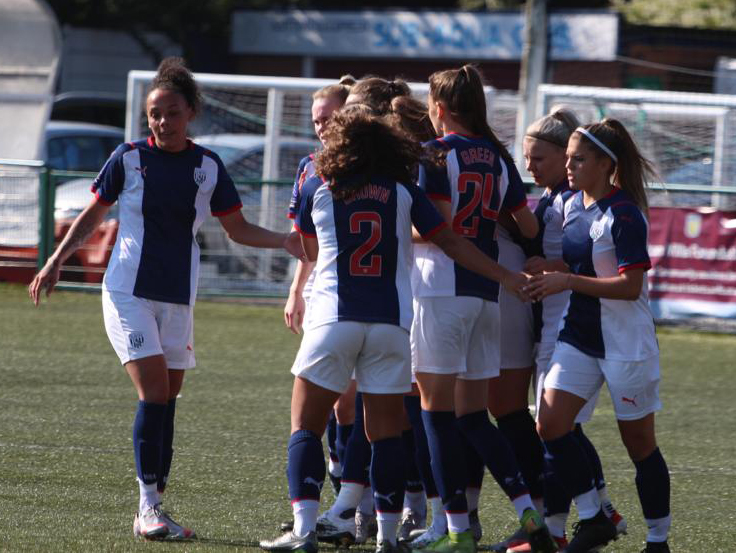 The Baggies returned to Coles Lane for the first time since losing in the last few seconds of extra time to Middlesbrough in the FAWNL League Cup following two weeks without a fixture.

There appeared to be no hangover as the hosts dominated the early part of the clash - Shannon Stamps, Jannelle Straker and Dugmore providing a threat with their forward runs.

And it didn’t take long for Albion to take the lead, Greaves finishing superbly from outside the box on the seven-minute mark.

With Emily Owen serving the final match of her suspension and other notable absences in defence, Jenny Sugarman kept full-backs Ashlee Brown and Izzy Green at central defence alongside Jess Davies.

Development team player Holly Beck-Esson had to be substituted early on, which gave an opportunity for Captain Hannah George to return for her first appearance of the season.

The Baggies continued to dominate and were rewarded midway through the first-half when more great work out wide saw the ball eventually fall to Dugmore, who scored from close range to make it 2-0.

Just before the break it was three. Stamps caused trouble down the wing before delivering a brilliant cross for Dugmore to tap in and give the home side a commanding advantage.

Albion then completed an impressive afternoon with two quick fire strikes half-way through the second period.

Straker capped a fine showing with a deserved goal for her second of the campaign, while Trina Greaves made it 5-0 with her second goal of the game.

The result ensures two triumphs this season for the Baggies and moves Sugarman’s team up to eighth in the table.

Albion return to Coles Lane next Tuesday (October 5) in the Women’s National League where they will face Nottingham Forest.