FA Cup choir reunite for 'Abide with Me' 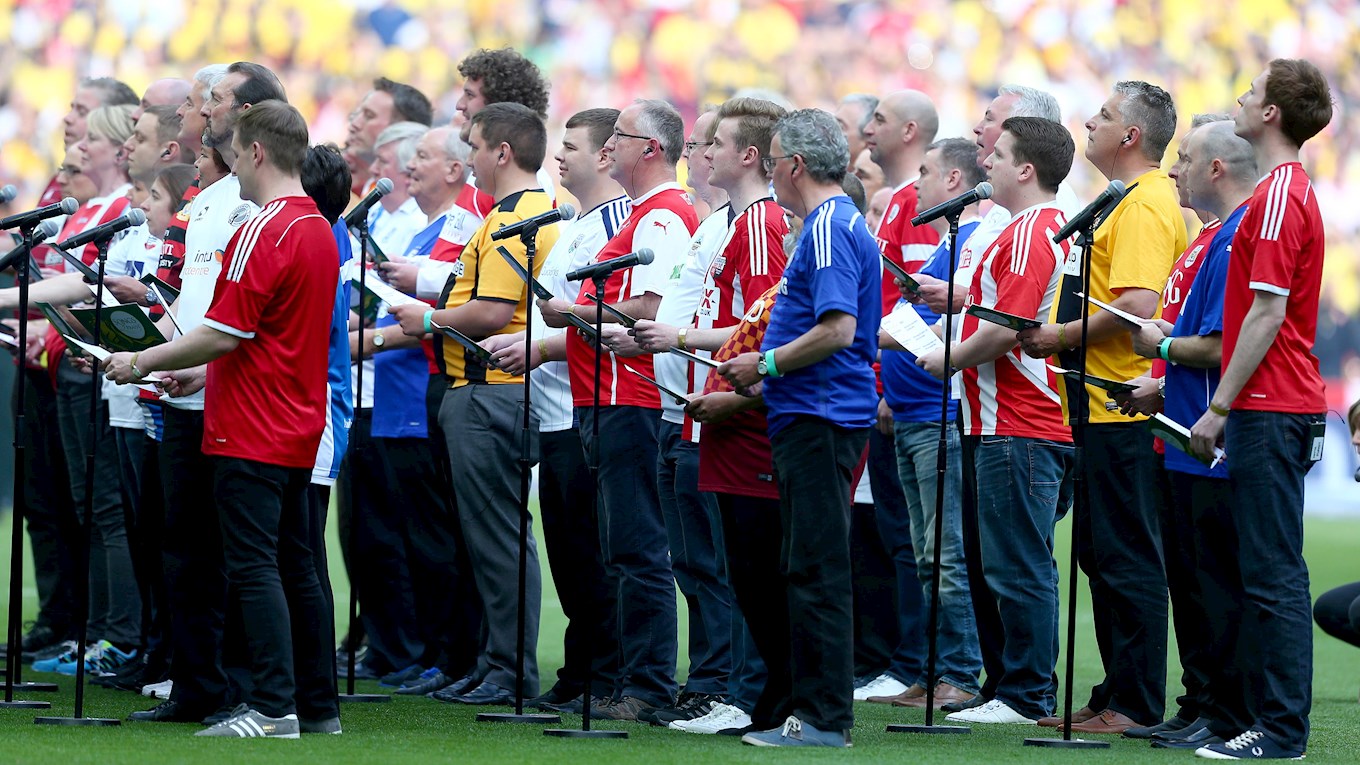 The 2015 FA Cup Fans Choir have reunited at a social distance to create a nationwide call to sing the time-honoured traditional anthem 'Abide With Me' on FA Cup final day, Saturday, May 23, at 5.30pm when the game would have kicked off.

Albion supporter Aaron Luxton was our representative in the original outing of the fans choir and has loved the online reunion conducted to raise money for NHS Charities Together as they lead the fight against the Covid-19 pandemic.

“It was an honour to represent my club at the 2015 final,” says 28-year-old Aaron, from Willenhall, and a Hawthorns season ticket holder for nearly 20 years. “We got the chance to perform at Wembley before the Arsenal v Aston Villa final. As I recall, the result was not too upsetting that day!

“The choir have kept in touch and we have 'got the band back together again' to release a socially-distanced recording.

"We will release the video and encourage the nation to perform abide with me at 5.30pm on Saturday. All with the aim of raising money for the many families who have been effected by the pandemic."

All 64 clubs in the FA Cup third round in 2014-15 were asked to put forward someone to sing as part of a BBC Songs of Praise choir at the final that year.

A JustGiving page has been set up, the aim being to raise money for NHS Charities Together, which supports staff, volunteers and patients impacted by the Covid-19 crisis. www.justgiving.com/fundraising/fafanschoirnhs

Join the #AbideWithMeNHS singalong on FA Cup final day, Saturday, May 23 at 5.30pm!