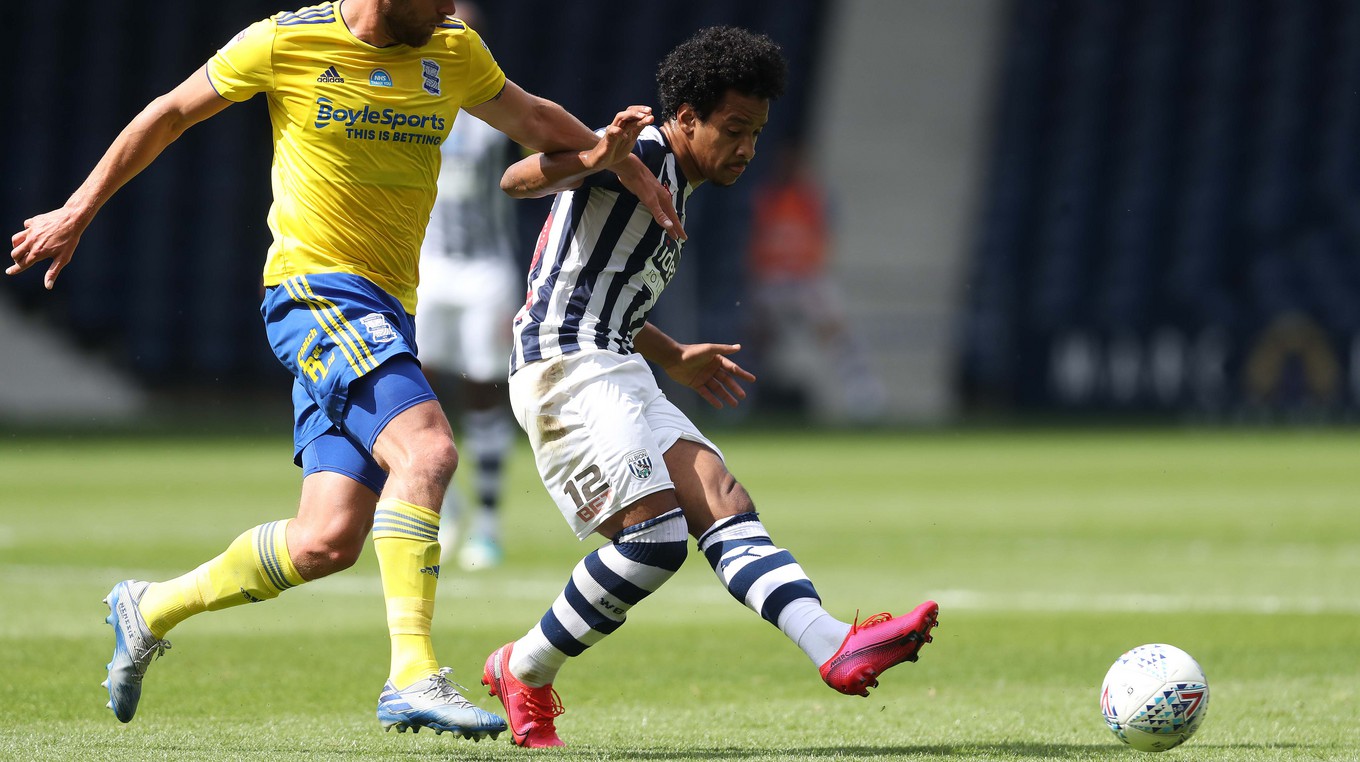 Albion had to settle for a goalless draw with Birmingham City at The Hawthorns as they resumed their promotion push following the suspension of the season.

Kenneth Zohore went close for the Baggies late on and despite Slaven Bilić’s men dominating large periods of the game, they couldn’t find a way through Blues’ resolute defence, in a behind-closed-doors fixture.

The result temporarily returns Albion to the top of the Sky Bet Championship table, although Leeds United have a game in hand, against Cardiff City tomorrow. The Baggies move another point clear of promotion rivals Fulham, who were beaten by Brentford, but the Bees are now just a point behind them.

The Hawthorns had been eerily quiet in the build-up before both sets of players observed a minute’s applause in gratitude to the NHS and then ‘took the knee’ in support of the ‘Black Lives Matter’ campaign.

From the outset, Albion dominated possession and the flow of the game but they found their neighbours a dogged opponent with Jake Clark-Salter laying down a marker for the visitors in the sixth minute.

Ahmed Hegazi’s long pass from deep found Phillips powering into goalscoring space inside the area but Clarke-Salter saved his team with a thundering block tackle.

Matheus Pereira was next to try his luck following an exchange of passes around the fringe of Blues’ area but he dragged his left-foot effort wide before another break-out from the back, fashioned by Robson-Kanu and Phillips, played Romaine Sawyers into shooting space.

The midfielder’s effort rose over the top, the last action before the players took their compulsory drinks break in the 24th minute.

A Callum Robinson header at the back post from a Phillips corner was just wide before Albion’s defence stood up to some set-piece pressure from the visitors over the closing minutes of the half.

And the pattern remained the same after the break with Albion pushing forward relentlessly and Blues refusing to yield.

As the hour passed, Slaven Bilic opted for fresh legs and a double switch saw Kyle Edwards and Grady Diangana replace Robinson and Phillips in the wide areas.

But still the frustrations kept coming. Nothing represented Albion’s frustration more so than a 66th minute Pereira free-kick which ricocheted into the paths of Semi Ajayi and Robson-Kanu without ever dropping to their feet.

Blues created a late chance through Scott Hogan, who hit a volley goalwards, but Sam Johnstone managed to save with relative ease.

In to the late stages Albion’s search for a winner continued and Slaven introduced Filip Krovinovic and Kenneth Zohore in place of Livermore and Pereira.

A combination of the Baggies’ substitutes nearly managed a late winner in front of the Birmingham Road End. Diangana lifted a cross on to the head of Kenneth Zohore, but the Danish striker couldn’t turn it goalwards from the backpost and Blues managed to clear, to hold Albion to a scoreless draw.