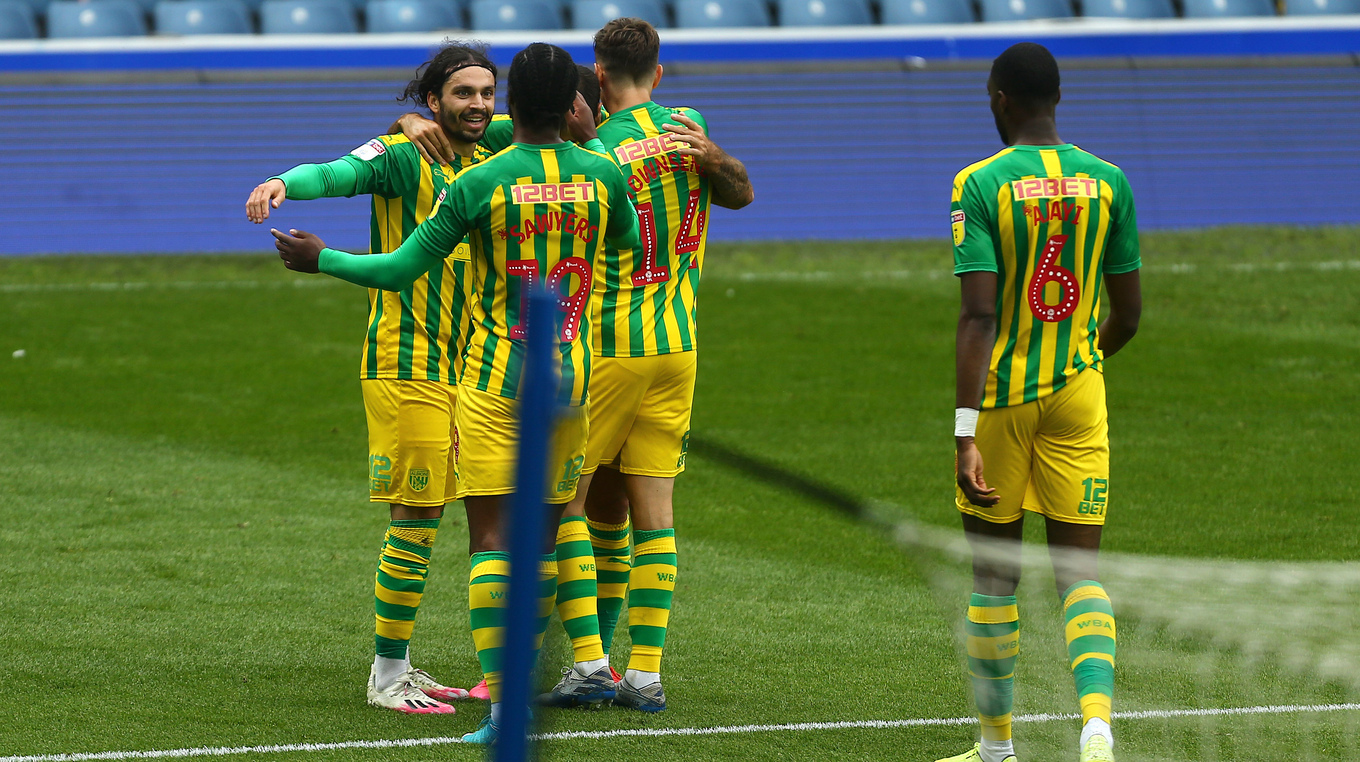 Albion extended their unbeaten run to four games with a 1-1 draw at Blackburn Rovers.

Filip Krovinović fired the Baggies into a first-half lead and despite having more than a handful of chances to score a second, Albion were punished by a Joe Rothwell strike just after the hour, forcing Slaven Bilić’s men to have to settle for a point.

The result means Albion are level with first-placed Leeds United on points but trail on goal difference, and still have a three-point lead over Brentford, as well as a four-point advantage over Fulham.

Bilić made just one change to the side that overcame Derby County on Wednesday with Krovinović replacing Grady Diangana in the starting XI.

A minute’s applause was held prior to kick-off as football paused to remember 1996 World Cup winner Jack Charlton whose passing was announced on Saturday morning.

The game itself got off to a slow start with neither side registering a shot on goal until Kamil Grosicki forced a good save from Christian Walton with a thunderous low drive on 14 minutes.

Matheus Pereira, who was again at the centre of Albion’s slick attacking play, played in Charlie Austin moments later but he blazed over from 12 yards.

Pereira was at it again on the half-hour mark, going past two Rovers defenders before seeing a deflected left-foot shot whistle past the post from just inside the area.

The Baggies continued to create chances and had their best to date with 10 minutes of the first half remaining.

Pereira played in Austin who took a touch before firing on goal but Walton, who was quick off his line to smother, made a good save to parry wide.

Albion were in front moments later.

Austin opted to cross rather than shoot from Pereira’s pullback and Krovinović was on hand to volley the Baggies into a 41st-minute lead at the back stick.

There was a scare before the half-time whistle but Sam Johnstone made his first save of the afternoon to push Danny Graham's header away from goal.

And still there was time for Albion to almost double their lead before the interval. Pereira broke through Rovers’ back four to lay-off for Livermore who forced another fine save from Walton with a powerful right-foot strike.

The Baggies twice went close five minutes after the restart - Pereira forced another fine save from Walton before Krovinović saw his rebound strike the left upright and flash across goal.

Grady Diangana forced a good low save from Walton just moments after coming on as a 59th-minute substitute.

The hosts levelled with just under half an hour to play - Sam Gallagher picked out fellow substitute Joe Rothwell who fired in from eight yards.

Walton again came to Blackburn’s rescue as Albion pursued a winner, pulling out another excellent save to parry from Dara O’Shea’s long-range effort.

Pereira and Diangana had really switched it on by now as Albion put together attack after attack but Rovers held firm. Diangana went close with a quarter of an hour remaining but his left-foot drive from a tight angle went into the side-netting.

Johnstone saved Albion with nine minutes remaining - rushing off his line to deny Jacob Davenport with a brave stop after the hosts hit the Baggies on the counter attack.

Rovers had a couple of chances as the game came to a close, with Lewis Holtby’s back heel trickling through to Kyle Bartley who made a goal-line recovery.

And Diangana would again go close for Albion in the final moments but his effort was always rising and went over the bar, as the Baggies left Ewood Park frustrated not to have taken maximum points.