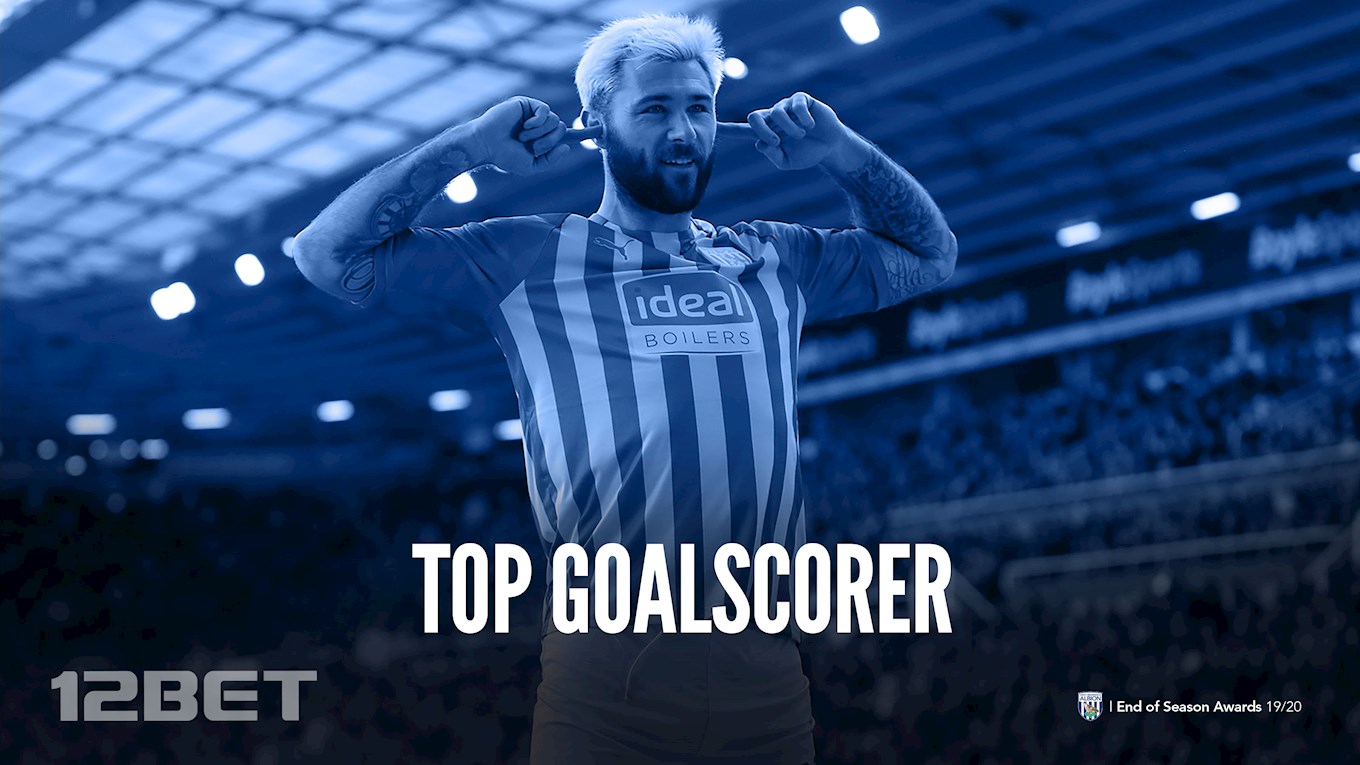 Charlie Austin has won the 12BET Top Goalscorer award for the 2019/20 campaign.

The forward, who joined from Southampton last summer, bagged 11 goals in all competitions for Albion – one more than his closest team-mate Hal Robson-Kanu who hit 10.

Austin’s first strike came on his debut against Millwall in the Carabao Cup back in August, before adding his maiden league goal for the Albion in the Club’s 4-2 win over Cardiff in early October.

He also secured Slaven’s side crucial victories with late winners from the penalty spot in games against Sheffield Wednesday and Preston – both coming in a streak where Austin scored in five consecutive games between November and December.

His most memorable moment of the campaign came on derby day at St Andrew’s in December when he came off the bench to score two goals in eight second-half minutes to fire Albion to a thrilling 3-2 victory having trailed 2-1 before being introduced.

Charlie added two more goals to his tally after the Baggies returned to action in June. One away at Sheffield Wednesday and his final strike of the season on his 31st birthday against Hull City.

Five of his 11 goals came at The Hawthorns, with a further six coming away from home.

Keep an eye on wba.co.uk later today when we will be announcing the shortlist for the Ideal Boilers Supporters’ Player of the Season award with details of how you can vote.