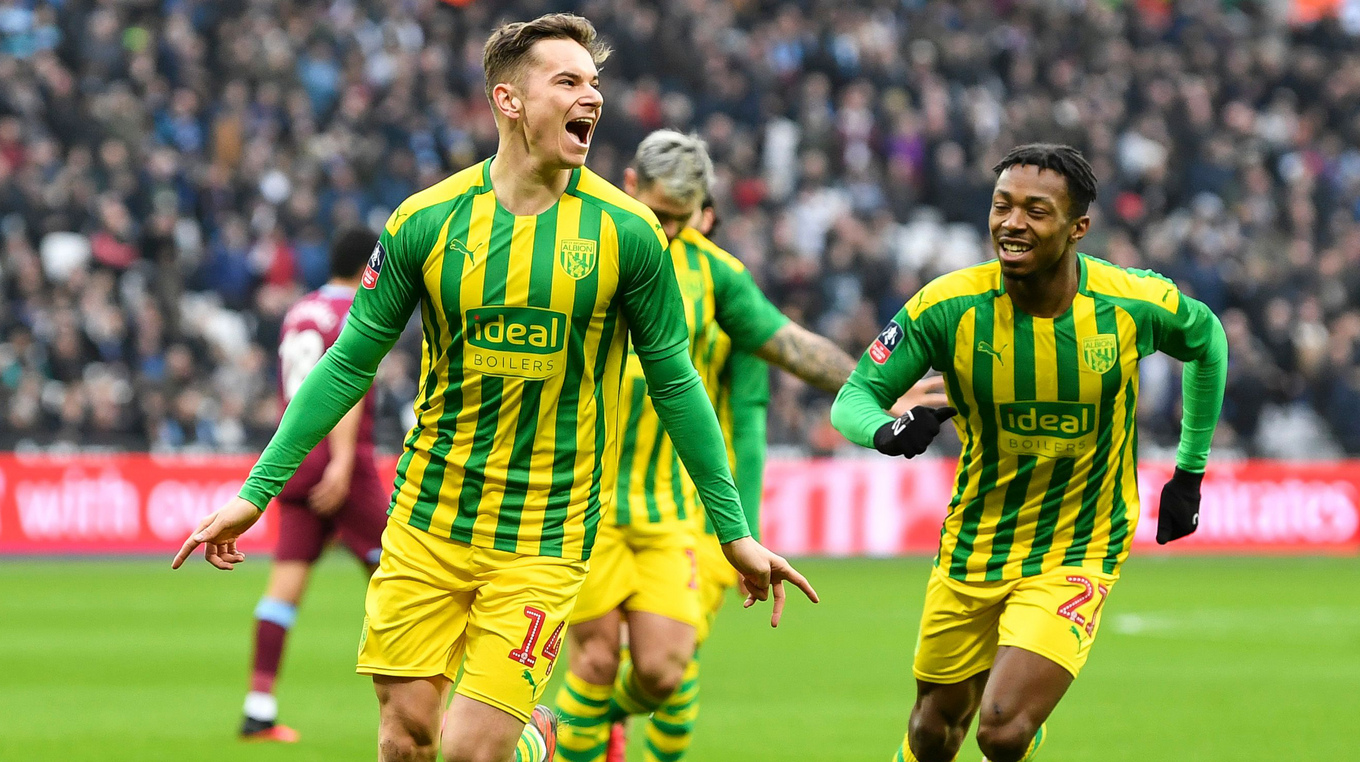 Albion advanced through to the FA Cup Fifth Round thanks to a brilliant 1-0 victory against West Ham at the London Stadium.

Conor Townsend’s spectacular first goal for the Club early into the tie proved to be the only difference between the Baggies and their Premier League opponents.

Slaven Bilić’s side, who had to play the final 18 minutes with 10-men following Semi Ajayi’s second yellow, did fantastically well to hold firm late on despite heavy pressure from the Hammers.

Albion will be ball number 10 in Monday night’s draw. Albion fielded eight changes to the XI that took on Stoke earlier this week, with only Ahmed Hegazi, Townsend and Matt Phillips remaining in the line-up.

And they enjoyed a fantastic start to the match when, inside nine minutes, Townsend struck a superb effort into the top corner from just outside the area.

Neither team could find another goal before half-time although there was a couple of decent opportunities as Charlie Austin nodded wide from a great position either side of missed chances for West Ham’s Declan Rice.

There was a triple substitution at the break for the hosts though it was Albion who started the second-half brightly, Krovinović curling off-target and O’Shea heading into the arms of Randolph.

Ajayi was then given his marching orders by referee Stuart Attwell with 72 minutes on the clock and the Hammers proceeded to throw the kitchen sink at Albion.

But Slaven’s men kept their hosts at bay even though Rice, Manuel Lanzini and Mark Noble could have all grabbed a late equaliser.