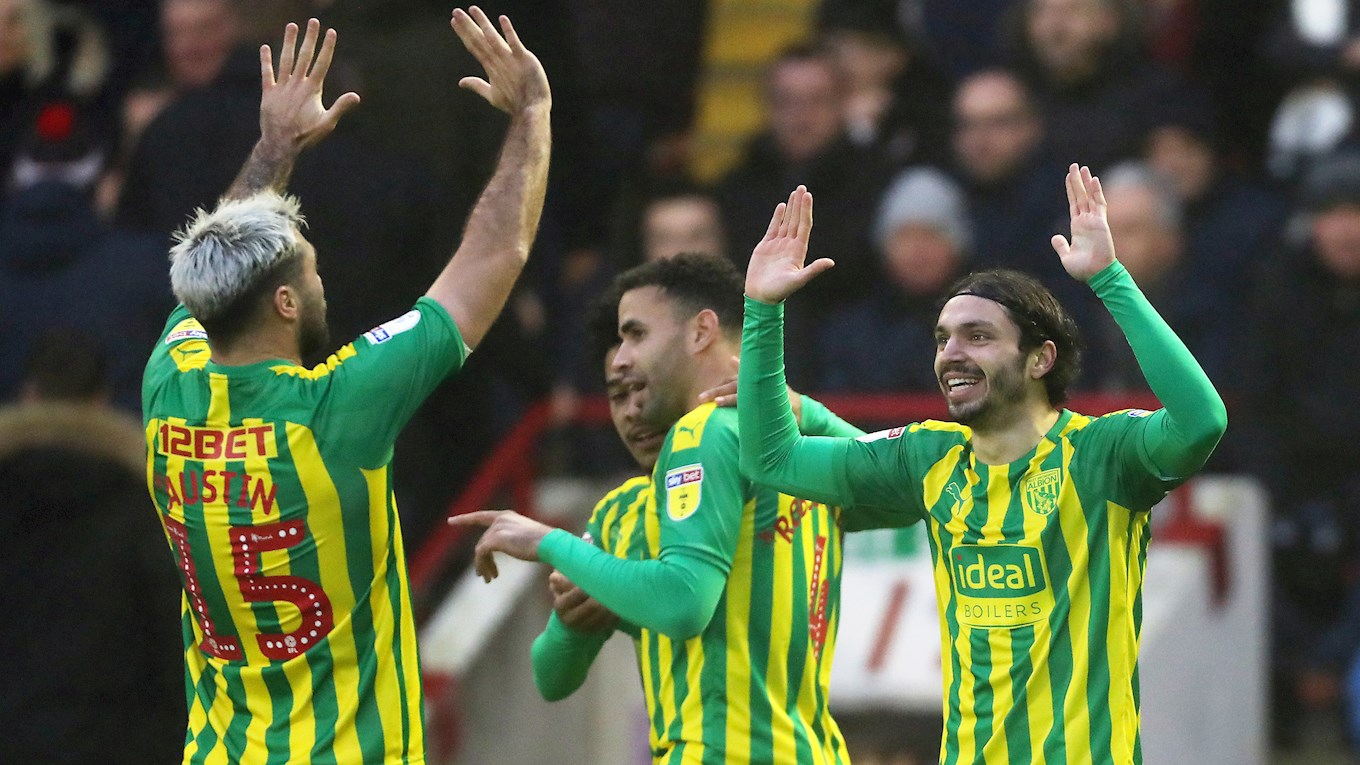 Albion will take on Charlton for a space in the fourth round of the Emirates FA Cup on Sunday (ko 2.01pm).

Charlton
Their last outing
In their most recent game the Addicks fell to a 1-0 defeat at Swansea City's Liberty Stadium.
Former Albion Academy product Yan Dhanda's goal in the opening 15 minutes for the hosts proved to be the difference between the two sides as Charlton suffered a seventh league defeat on the road this season.

In the dugout
After rising through the youth ranks at Charlton, Lee Bowyer went on to enjoy an impressive playing career before taking charge at The Valley in March 2018 - 24 years after he made his senior debut for the club in 1994.
In his first campaign as Addicks boss, Bowyer guided Charlton to promotion via the League One Play-Offs after finishing third in the table.
In the summer, Bowyer signed Baggies duo Sam Field and Jonathan Leko on season-long loans to help his team tackle the higher demands of the Championship.

One to watch
Highly-rated Conor Gallagher joined the Addicks on loan from Chelsea in the summer, and has played 25 games for Charlton scoring six goals.
Lee Bowyer has been impressed with Gallagher, and recently said: “The kid’s doing so well, I don’t know how much more I can praise him.

“It’s not just what he brings in possession, his work-rate, he’s everywhere. He’s literally everywhere. He just does not stop working for the team and we’re lucky to have him. He’s a great player and Chelsea have got a good one there."

Our last meeting
Ten-man Albion were denied by a contentious 94th-minute penalty as they were held to a dramatic 2-2 draw against Charlton Athletic at The Hawthorns the last time the two teams met.
Matt Phillips fired the Baggies in front from close range after just 10 minutes, yet Macauley Bonne headed an equaliser on the hour mark.
Nathan Ferguson saw red in the 67th minute for a challenge on Chris Solly, but Baggies substitute Hal Robson-Kanu looked to have curled home an 81st-minute winner - only for Josh Cullen to slot home from the spot in injury time.

Stats
Albion
• The Baggies are the top scorers in the Sky Bet Championship, with 48 goals - more than any other EFL team.
• Albion have reached the FA Cup Fourth Round in five of their last six seasons.
• Slaven Bilić's men have lost just one game from their last 13 on the road (P13, W8, D4, L1).
Charlton
• The Addicks have only got further than the third round in the FA Cup once in their last ten attempts, reaching the quarter-finals in the 2013/14 season.
• Bowyer's team have only won one of their last 14 games (P14, W1, D4, L9).
• Only one of the last five goals Charlton have scored has come in the first-half.
Head to head
Best of social
Taking the lead against Leeds...

“Dara is the future, and he can be present. Dara is one of the reasons why when I came to the club we didn’t sign another defender. I didn’t want to - why? Because of Dara. I believe in him. He's a player. I love Dara.” - Slaven Bilić on Dara O'Shea.

After spending last season on loan at Exeter City, Dara has been around Albion's first team this season, and played 90 minutes against Millwall in the Carabao Cup earlier this season. O'Shea's next appearance would see him make his league debut for Albion against Brentford in December. Could the FA Cup provide an opportunity for Dara to gain more playing experience?

Tickets are on general sale and can be bought online, in person from the East Stand Ticket Office or by calling 0121 227 2227.

All of this year's third-round fixtures will be delayed by one minute to encourage fans to ‘Take A Minute’ to think about their mental health, as part of the Heads Up campaign.

It is hoped that the initiative will raise awareness of the importance of looking after our mental health, with 60 seconds representing just the first step in the journey to improved well-being.

Tickets will remain on sale until 1pm on Friday. Any supporters still wishing to attend after the deadline can buy tickets on the day from the South Stand Ticket Office, which is cash only. There is no matchday ticket price increase.

Follow the game
Comprehensive coverage of the clash with Charlton is available in our Match Centre, where you can listen to live commentary on WBA Radio or follow our live text feed.
WBA Radio is the only service that allows Baggies fans around the world - from Smethwick to the Sahara - access to uninterrupted live commentaries from every one of our competitive games. iFollow subscribers can join Gez Mulholland for Baggies-biased live commentary on Sunday.
Supporters who have an iFollow subscription may be able to live stream the game depending on where they are located around the world. To find out, click here.
You’ll also be able to find score updates on the club's social media channels.