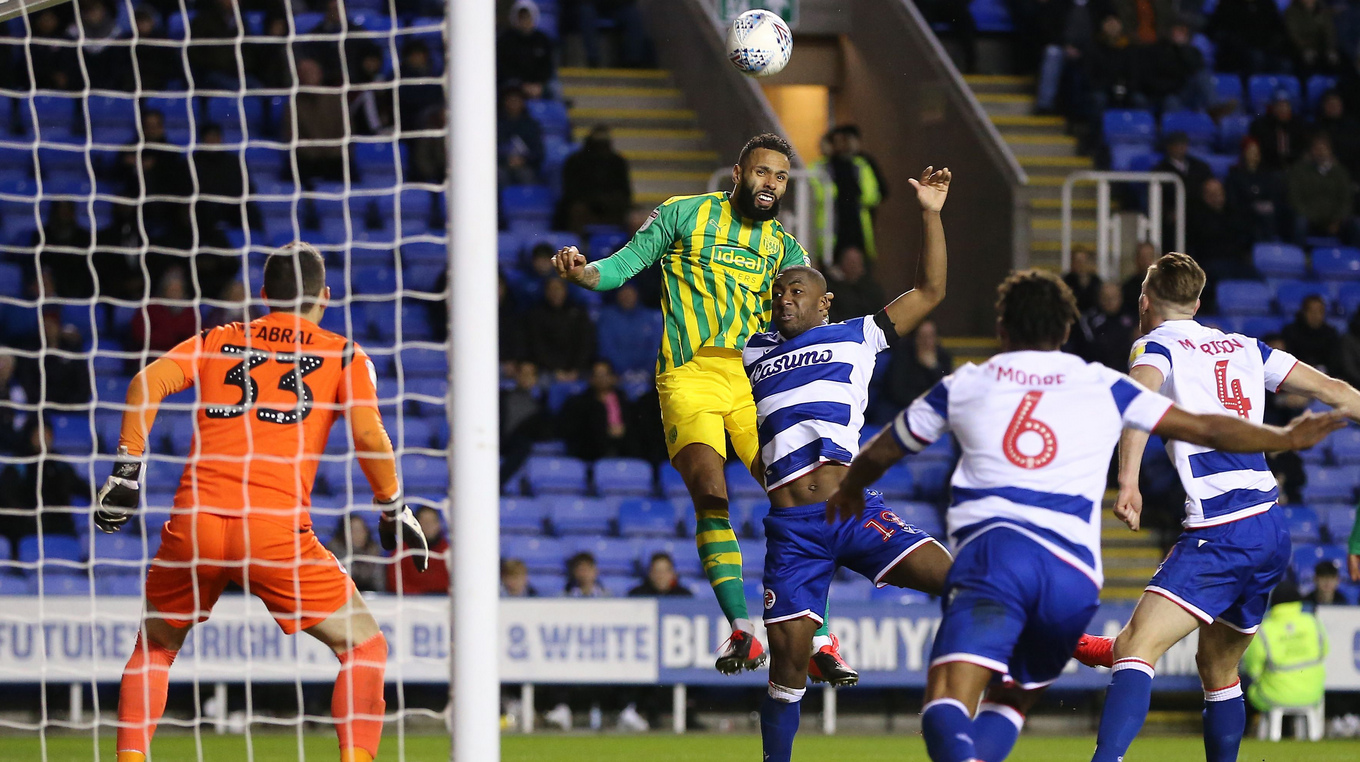 Free-to-view highlights of Albion's 2-1 victory against Reading at the Madejski Stadium.

Albion came from behind to earn three more important Sky Bet Championship points with a fantastic 2-1 win at Reading.

George Puscas converted an early penalty to put the Royals in front but the Baggies showed great resilience and roared back into the game through Matheus Pereira before the break.

Kyle Bartley’s header straight after half-time then set Slaven Bilić’s side on their way to a third victory on the trot, and they saw the game out to the delight of the superb 1,500 travelling supporters.

The result moves the table-toppers six points clear of both Leeds United and Fulham, who drew their midweek fixtures against Brentford and Millwall respectively.

Albion named an unchanged side for the visit to Berkshire, keeping faith in the team that delivered an impressive 2-0 triumph at Millwall on the weekend.

The teams exchanged early chances, with Reading’s Yakou Meite shooting over prior to Filip Krovinović curling off-target and Hal Robson-Kanu heading onto the roof of the net.

Krovinović then saw a low effort squirm under Cabral but bounce back off the crossbar before the Royals almost immediately went down the other end and won a penalty, where Bartley was judged to have handled following a corner into the box.

Puscas stepped up and made no mistake from the spot to hand the hosts an 11th minute lead.

But that didn’t deter the Baggies and within 15 minutes they were level. Pereria, playing his second game since returning from suspension, notched his sixth of the season by hammering home the rebound after his initial volley was saved.

And Albion spent the rest of the first period camped in Reading’s half, going close to a second goal through Callum Robinson and Krovinović but failing to score ahead of the interval.

However, it took just four second-half minutes for the Slaven’s men to haul themselves deservedly in front as Bartley got on the end of Krovinović’s cross to send a looping header beyond Royals keeper Cabral and into the far corner.

They had a number of opportunities to extend that lead during a spell of domination proceeding the goal but couldn’t take them - Jake Livermore and Robinson firing over from good positions and Pereria seeing a fierce volley bravely blocked.

The Royals gave Albion a scare with 12 minutes to play when Meite nodded in from 10-yards out, though didn’t even get to begin his celebrations before noticing the assistant referee’s flag was raised to rule it out for offside.