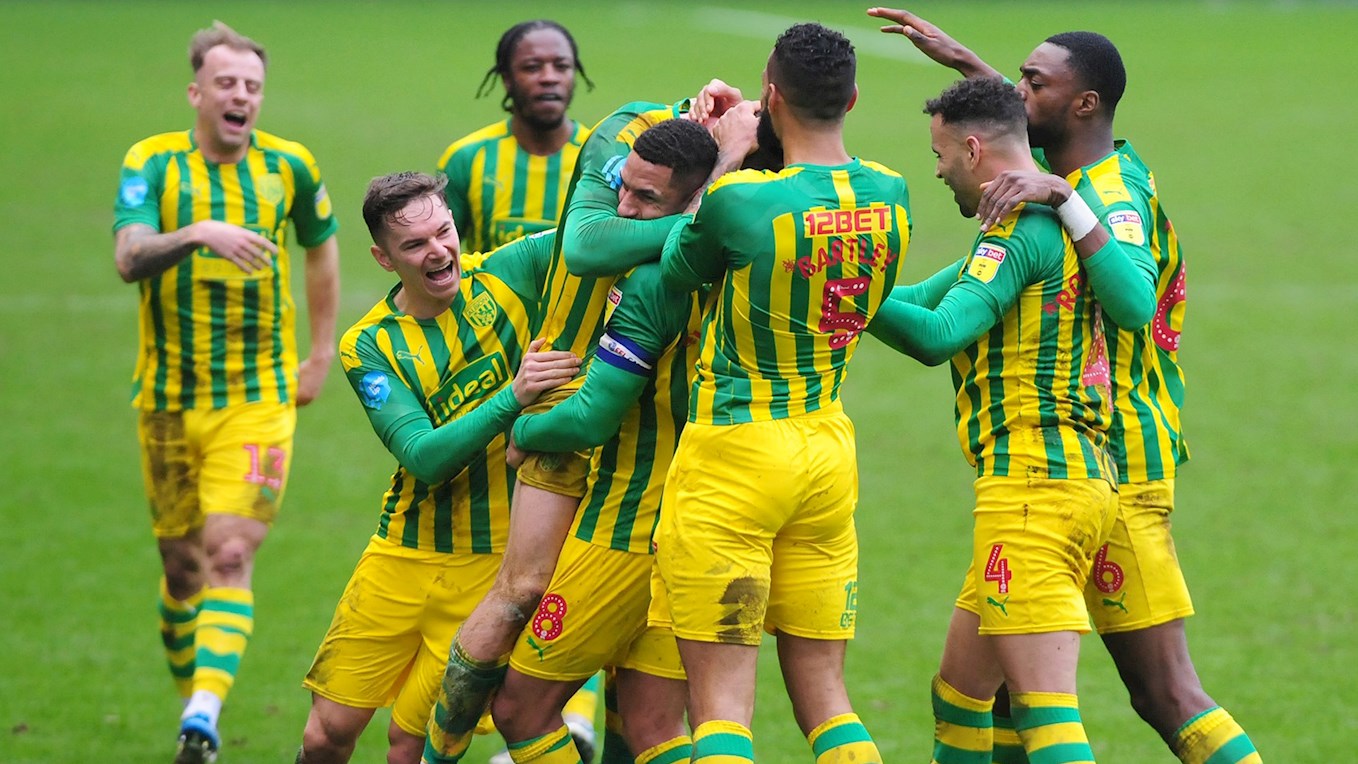 Albion travel to Bristol City with the aim of extending their unbeaten run to five games this Saturday (ko 3pm).

The result ensured they stayed narrowly outside the Play-Off places in seventh, only separated from the top six by goal difference.

Lee Johnson has been at the helm of the Ashton Gate side for four years, achieving finishes of 18th, 17th and 11th before ending last season in eighth.

The 38-year-old made more than 450 appearances for clubs such as Yeovil, Bristol City, Derby, Chesterfield and Kilmarnock - hanging his boots up in 2013 and moving straight into management.

Johnson took over at Oldham aged just 31 ahead of switching to Barnsley 11 months later, where he was then picked up by the Robins in 2016.

January signing Nahki Wells will be one for Albion’s defence to watch closely this weekend.

The striker, captured permanently from Burnley following a lethal first half of this season on loan at QPR, has netted 16 times already this campaign - once in a City shirt.

He’s had a prolific career, scoring over 125 goals despite not yet turning 30, and has featured heavily in the EFL as well as in the Premier League.

The Baggies ran out 4-1 winners against Bristol City back in November.

Fantastic goals from Kieran Gibbs and Matheus Pereira had Albion two up at the break, and despite Famara Diedhiou’s strike for the Robins the scoreline was rounded off late on by Hal Robson-Kanu and Charlie Austin.

• Slaven Bilić’s side remain at the summit of the Sky Bet Championship following a so-far successful February, which has seem them win three and draw one of their four games.

• Albion have the best record on the road in the division and have failed to score just once away from home this season.

• The Baggies have found the net in all of their last five trips to Bristol City.

• The Robins are unbeaten in their three most recent league games against Albion at Ashton Gate, but did lose 1-0 in an FA Cup Third Round replay in 2016.

• Both teams have scored in 10 of the last 11 meetings between City and the Baggies. In those 11 meetings, eight matches have produced four or more goals.

• City have been inconsistent in front of their own fans. Their last five fixtures at home reads WLWLW, and they have lost four of their last 10 in Bristol.

Callum Robinson has been in great form since arriving temporarily from Sheffield United last month.

The exciting forward claimed his first assist on his debut against Luton and notched a maiden goal in blue and white last weekend against Nottingham Forest.

He also happens to be very good at recognising football shirts…

As promised following your first goal for us, @CallumRobinson7 😁

The Republic of Ireland forward is the latest member of the squad to have a go at our new game.#GettingShirty | #WBA pic.twitter.com/5VdNNPDjnp

Baggies fans have snapped up all the tickets for Saturday’s clash, meaning it’s completely SOLD OUT.

Thank you, as always, for your fantastic support.

Comprehensive coverage of the clash with Bristol City is available in our Match Centre, where you can listen to live commentary on WBA Radio or follow our live text feed.