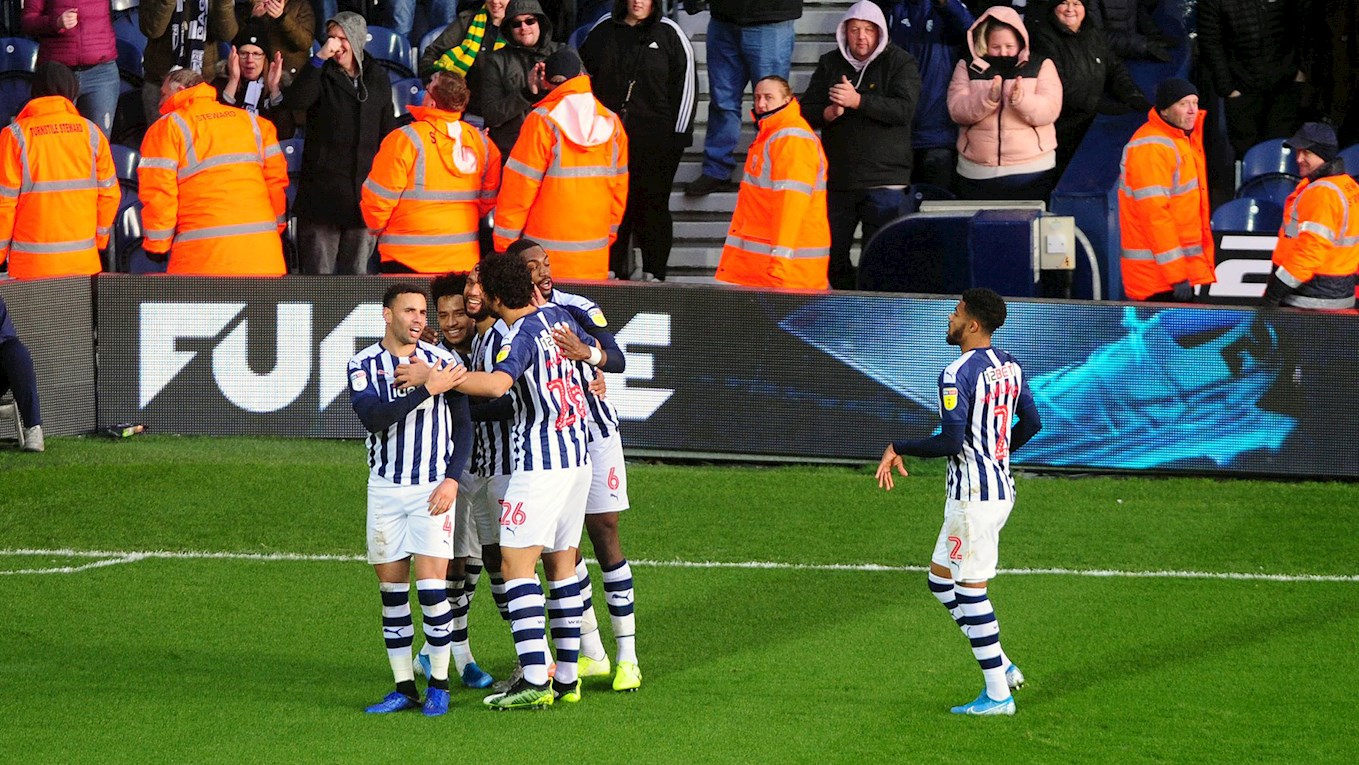 Albion will aim to beat Luton Town for a second time this season when they host The Hatters at The Hawthorns on Saturday (ko 3pm).

They won a thrilling game against Derby County last time out. Wayne Rooney opened the scoring for the Rams, but Pelly-Ruddock Mpanzu equalised for the hosts before they took the lead through Donervon Daniels.

Chris Martin levelled the scores once more for Derby, but a late Jayden Bogle own goal ended the Hatters' eight-match winless streak.

Graeme Jones returns to The Hawthorns having assisted Darren Moore during his reign as Baggies boss last season.

The 49-year-old had previously coached under Roberto Martinez during spells at Swansea City, Wigan Athletic, Everton and Belgium.

After his departure from The Hawthorns in March he was named Luton Town First Team Manager following their promotion to the Sky Bet Championship under caretaker boss Mick Harford.

James Collins has been as consistent as ever leading the line for Luton this campaign, netting nine times in 28 matches to date.

Collins has played a pivotal role in the Hatters’ rise through the divisions as they earned successive promotions from League Two to the second tier.

Collins has four caps for the Republic of Ireland and has recorded more than 20 goals in each of the last two seasons at Kenilworth Road and in total has bagged on 54 occasions in just 121 appearances for the club.

Our most recent clash with Luton was at Kenilworth Road in August. Town led early on through Harry Cornick’s header but an inspired half-time substitution from Slaven Bilić turned the game around.

At the break Grady Diangana was introduced, making his league debut in the process and scoring twice in three minutes to put the Baggies in front, a lead they would hold on to and bring an end to Luton's 28-game home unbeaten record.

• Albion are the top scorers in the Championship with 51 goals.

• Both teams have scored in three of the last five meetings between the Throstles and The Hatters - with the Baggies winning two of those games.

• The last time The Hatters won at The Hawthorns was in 1996.

• Jones' side have failed to score on eight occasions in the league this season.

Callum Robinson could make his first appearance for the Baggies on Saturday against Luton.

A versatile forward, Robinson arrived at The Hawthorns on Wednesday after making close to 20 appearances in the Premier League for Sheffield United this season.

The 24-year-old Republic of Ireland international enjoyed three successful seasons with Preston North End at this level after coming through the ranks at Aston Villa.

Happy to sign for @wba on loan for the remainder of the season! Time to push on and get this club promoted! Thanks for all the messages. Let's go🔵⚪️🤞🏽 pic.twitter.com/Aw5nhXp9bl

The game is close to a sell-out, and supporters are urged to secure their seat quickly to avoid disappointment.

Less than 600 tickets now remain in the home areas and can be purchased online, in person from the East Stand Ticket Office or by calling 0121 227 2227.

To avoid booking fees and queue times, Baggies fans can print their e-tickets at home or save them to their mobile phone

Comprehensive coverage of the clash with Luton is available in our Match Centre, where you can listen to live commentary on WBA Radio or follow our live text feed.