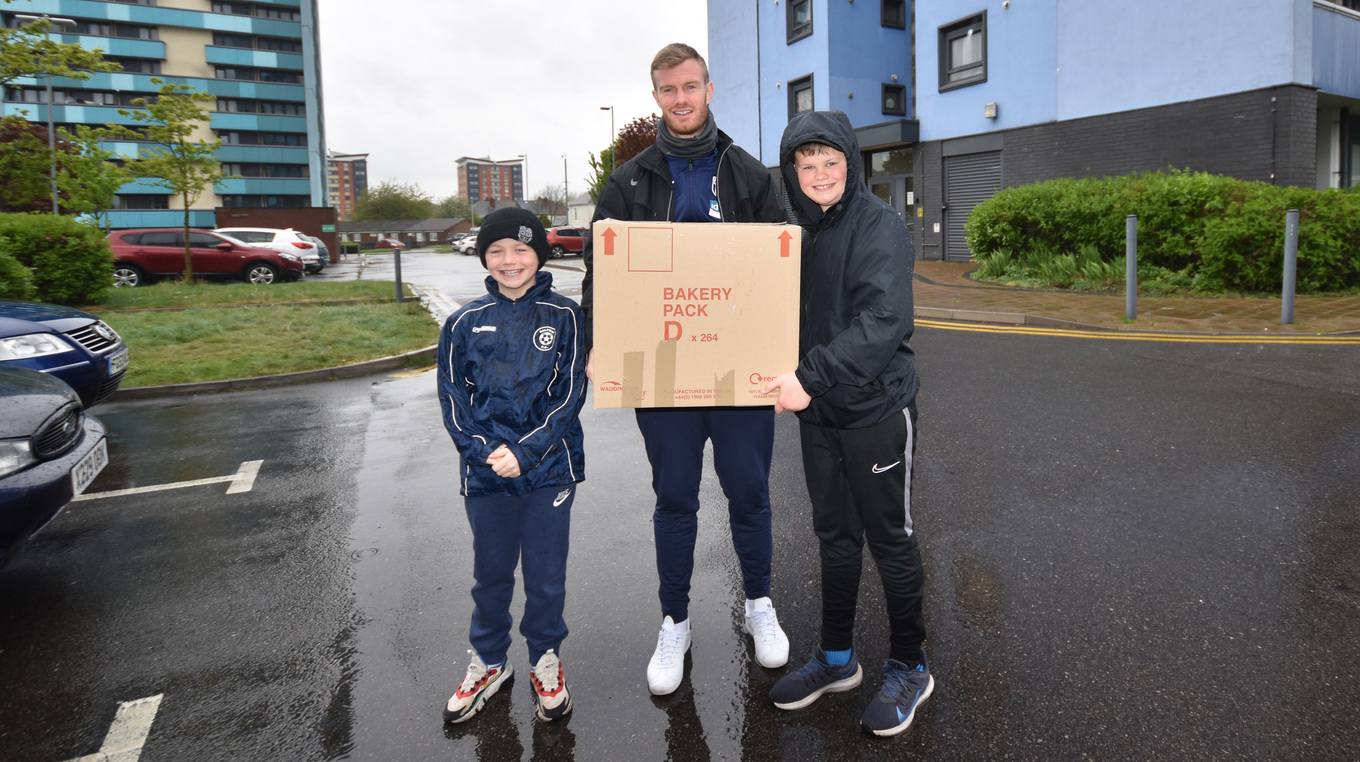 Chris Brunt and his sons have been assisting The Albion Foundation by delivering Sandwell Council food parcels to vulnerable recipients in West Bromwich.

The Baggies’ longest-serving player was joined by Zach, eight, and Charlie, who is 12 on Friday, as the family distributed boxes to shielding residents on Tuesday.

The Albion Foundation, who have eight staff volunteering every day, have now delivered more than 1,000 food parcels in Sandwell, which represents around a third of the borough’s deliveries since the lockdown began.

It’s all part of the Club’s community efforts to ease some of the difficulties being faced at ground level during the pandemic caused by Covid 19.

Brunty has been confined to home working on his personal fitness programme as Albion’s squad patiently await a recall to training. But he was eager to take up the opportunity to “break out” and help the less fortunate when he heard about this latest community initiative.

“With that in mind we all felt it was important to help out and I spoke to The Albion Foundation last week when I first heard about what they were doing. It was great to get out there, to help those who need it most.

“It was good for us as well. The elderly people we spoke to were very appreciative and that just shows how important the deliveries are.”

Albion’s community efforts have continued with the Club and its Foundation joining forces to support the Council's sterling work to help some of the borough's most needy families during the pandemic.