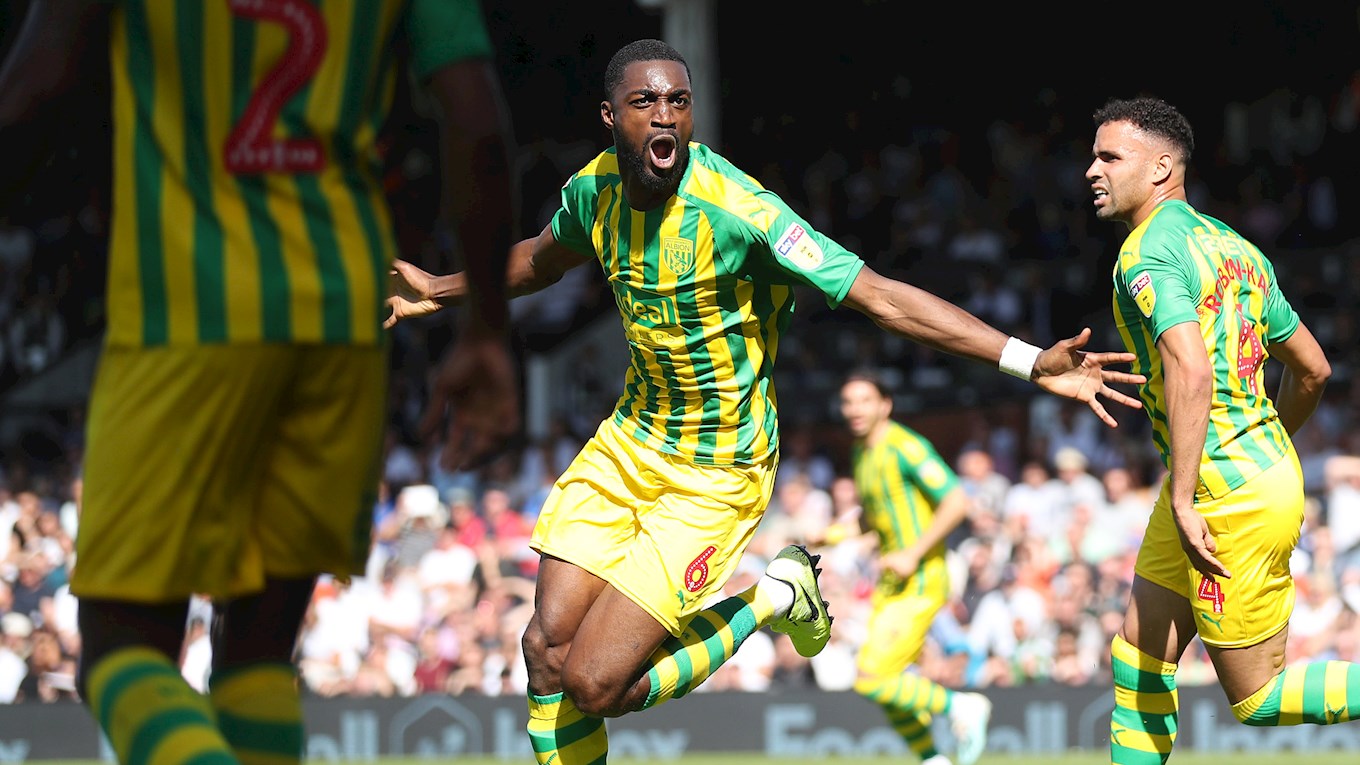 Albion are looking to make it nine Sky Bet Championship games unbeaten when they take on Queens Park Rangers at Loftus Road on Saturday (ko 12.30pm).

Last time out they beat Millwall 2-1 at The Den thanks to a Nahki Wells double.

After a goalless first-half Wells put the away side ahead just before the hour mark and, despite Shaun Hutchinson's equaliser, he secured his brace and the three points with a second strike 18 minutes from time.

The London side are managed by former Brentford, Rangers and Nottingham Forest boss Mark Warburton, who took the reigns in the summer.

He’s made a great start to life at QPR, with his team picking up 16 points from their first eight Championship games - including four consecutive league wins - to leave them one place behind Albion on goal difference in fifth.

The aforementioned Wells is certainly a danger that the Baggies will need to nullify.

The 29-year-old signed for The Rs permanently in the summer following a loan spell at Loftus Road last season.

He’s netted an impressive six goals in eight games across all competitions so far in the 2019/20 challenge.

They don’t come much more dramatic than Albion’s visit to QPR back in February.

The sides were tied at the break, Jefferson Montero and Luke Freeman exchanging blows, before Jacob Murphy’s 61st minute effort was then cancelled out by Tomer Hemed with only quarter-of-an-hour remaining.

As the game looked destined to end in a draw there was just about time for one more Albion attack, and some slick build-up play between Rekeem Harper and Mason Holgate eventually saw the ball come to Jake Livermore - who scored from close-range to spark great scenes in front of the travelling supporters.

• Slaven Bilić's men are the only remaining team in the division not to have lost a league game this season.

• The Baggies have come from behind to earn all but one of their points (15/16) in the current campaign.

• Rangers' four victories in a row is their longest winning run in the league since January 2014 under Harry Redknapp.

• Forward Wells will net his 100th career league goal if he can find a way past Sam Johnstone this weekend.

• QPR will be looking to get back at the Baggies after losing home and away to them last year, conceding 10 times in the process. Their last home triumph against Albion in the second tier was back in March 2010.

Matt Phillips was in scintillating form last weekend as he scored twice to help dispatch Huddersfield at The Hawthorns.

The former QPR winger has featured in every league match for Albion this campaign and is enjoying a tremendous start to the 2019/20 challenge, grabbing four goals and an assist alongside signing a new contract with the Club.

The referee for Sunday’s match is Geoff Eltringham, and he’ll be assisted by Nick Greenhalgh and Matt Foley, with Will Finnie as the fourth official.

Eltringham took charge of one Albion game last term, officiating for the Baggies' opening-day loss against Bolton Wanderers at The Hawthorns.

The game is now on general sale and tickets are available online, in person from the East Stand Ticket Office or by calling 0121 227 2227.

Comprehensive coverage of the clash with QPR is available in our Match Centre, where you can listen to live commentary on WBA Radio or follow our live text feed.