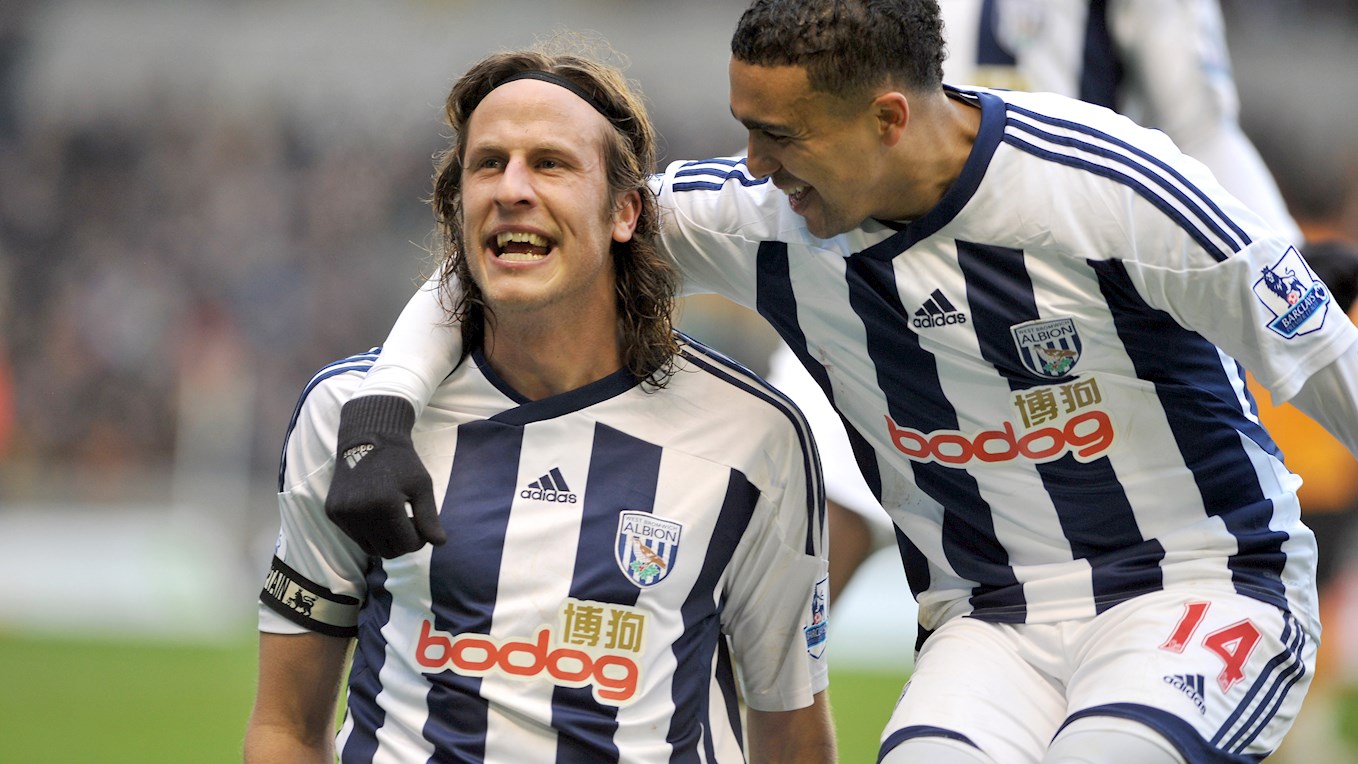 The 36-year-old former Sweden international closed last season on a short-term contract with Wigan Athletic in the SkyBet Championship but has now decided to call time on his playing days.

His decision puts the seal on one of the most celebrated contributions in Albion’s contemporary history which saw Jonas play a key role in the Club’s promotion and eight-year stay in the Premier League.

Affectionately known as “Swede” by his team-mates, Jonas struck an unmistakeable figure at the heart of Albion’s defence and alongside Gareth McAuley established the Club’s best centre-back partnership since the days of John Wile and Ally Robertson.

Jonas joined the Club in August 2008 and went on to record statistics which gave an indication of his immense contribution to the Club’s recent history  – a total of 261 appearances, eight as a substitute, and 14 goals.

In the Premier League, which saw Olsson locking horns with some of the best strikers in world football, he made 194 starts and scored eight goals.

His Albion career came to a close in March 2017 when he was released from his contract to join Swedish side Djurgården IF with whom he won the Swedish FA Cup in 2018.

We look forward to welcoming Jonas back to The Hawthorns soon.