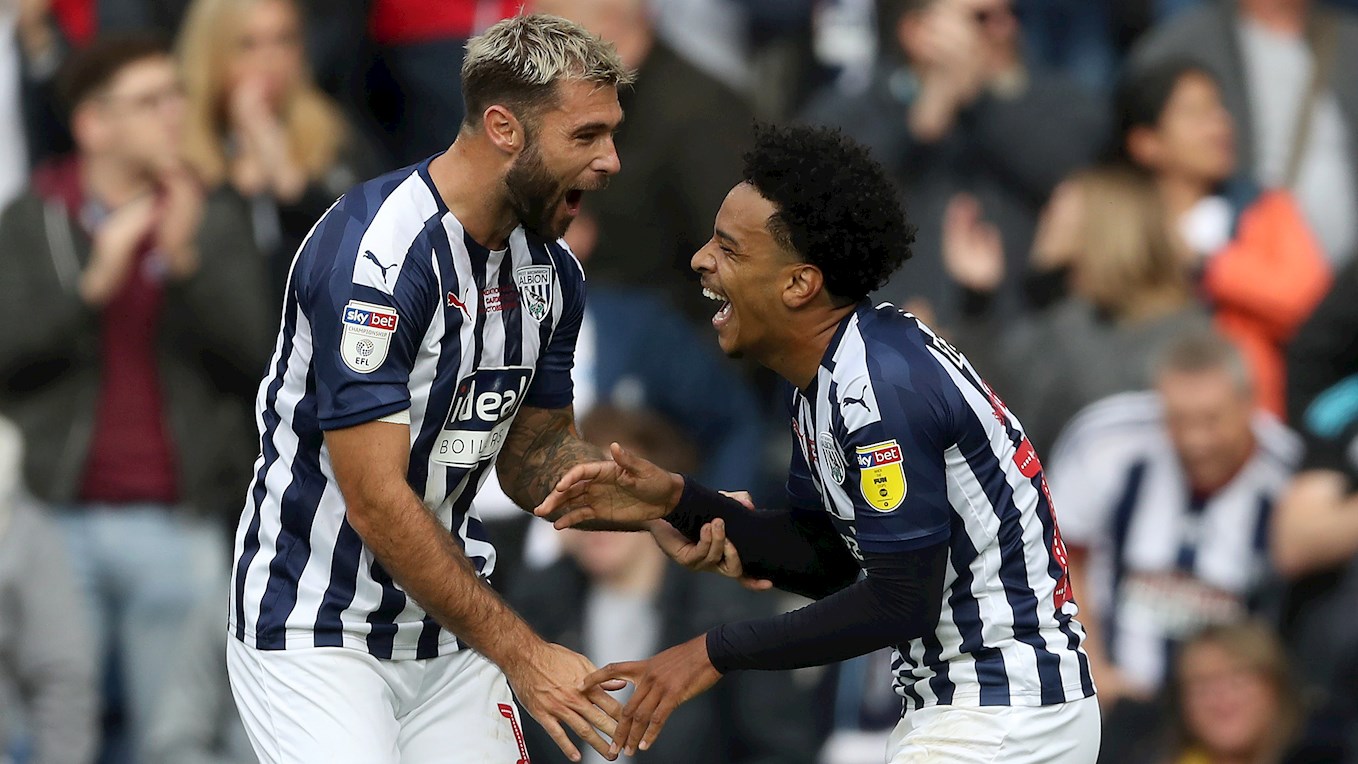 Slaven Bilić’s Baggies will search for a fourth consecutive home victory when they go head-to-head with Barnsley at The Hawthorns on Tuesday night (ko 8pm).

•Tickets are on general sale and can be bought here.
Barnsley
Their last outing
Last time out Barnsley drew 1-1 at home against Swansea City. Andre Ayew headed the Swans ahead in the 67th minute, with Alex Mowatt responding for the Tykes with an equaliser three minutes later.

Despite gaining a point Barnsley slipped to the bottom of the Championship, with seven points from 12 games.

Adam Murray is the current caretaker manager at Barnsley, after Daniel Stendel’s recent departure from the club.

After a stint managing Mansfield Town, Murray took charge as Boston United’s boss before a spell as Guiseley’s assistant manager. The 38-year-old joined Barnsley and stepped up to become caretaker manager after Stendel left earlier this month.

After rising through the ranks at Luton Town, Cauley Woodrow moved on to Fulham, where he made his Premier League debut in March 2014. While at Craven Cottage, Woodrow had loan spells at Southend United, Burton Albion, Bristol City and Barnsley, before eventually signing permanently for the Tykes in the summer.

This term the 24-year-old has netted three goals in nine league games for Barnsley, as the forward looks to continue his impressive form which saw him score 19 goals in all competitions last season.

Our last meeting
The last time Albion faced Barnsley in the league the Baggies celebrated promotion on the final day of the 2009/10 season.
Graham Dorrans scored a late goal to earn already-promoted Albion a 1-1 draw after Hugo Colace had opened the scoring just before the hour mark.

Head to head
Our man to watch
Sam Johnstone put in a superb performance between the sticks during Albion's 1-0 win against Middlesbrough on Saturday.
A string of excellent saves from Bilić's no.1 kept the Baggies on level terms with Boro, allowing Hal Robson-Kanu the chance to grab a late winner on Teesside.

Best of social
Check this out. The making of the programme cover for Tuesday's fixture.

Read all about it
Darnell Furlong is the latest star interview in “Albion News” to open up about his time at The Hawthorns, giving a great insight into growing up the son of a high-profile footballer, his favourite Albion player at the moment and why he doesn’t watch England games.
Sporting and Technical Director Luke Dowling gives an update on work behind the scenes and the future of Nathan Ferguson while Albion double promotion winner Andy Johnson talks about life behind the mic in his broadcasting role.

You can find out more about Tuesday's programme here.
Man in the middle

The referee for Tuesday’s fixture will be Darren Bond, and he’ll be assisted by Jonathan Hunt and Matthew Mcgrath - with Peter Gibbons acting as the fourth official.

Ticket news
Tickets for the game are still on general sale and can be bought here, in person from the East Stand Ticket Office or by calling 0121 227 2227.

Comprehensive coverage of the clash with Barnsley is available in our Match Centre, and is also available to stream in the United Kingdom through iFollow.
WBA Radio is the only service that allows Baggies fans around the world - from Smethwick to the Sahara - access to uninterrupted live commentaries from every one of our competitive games. iFollow subscribers can join Gez Mulholland and Andy Johnson for Baggies-biased live commentary on Tuesday.
International supporters who have an iFollow subscription may be able to live stream the game depending on where they are located around the world. To find out, click here.
You’ll also be able to find score updates on the club's social media channels.