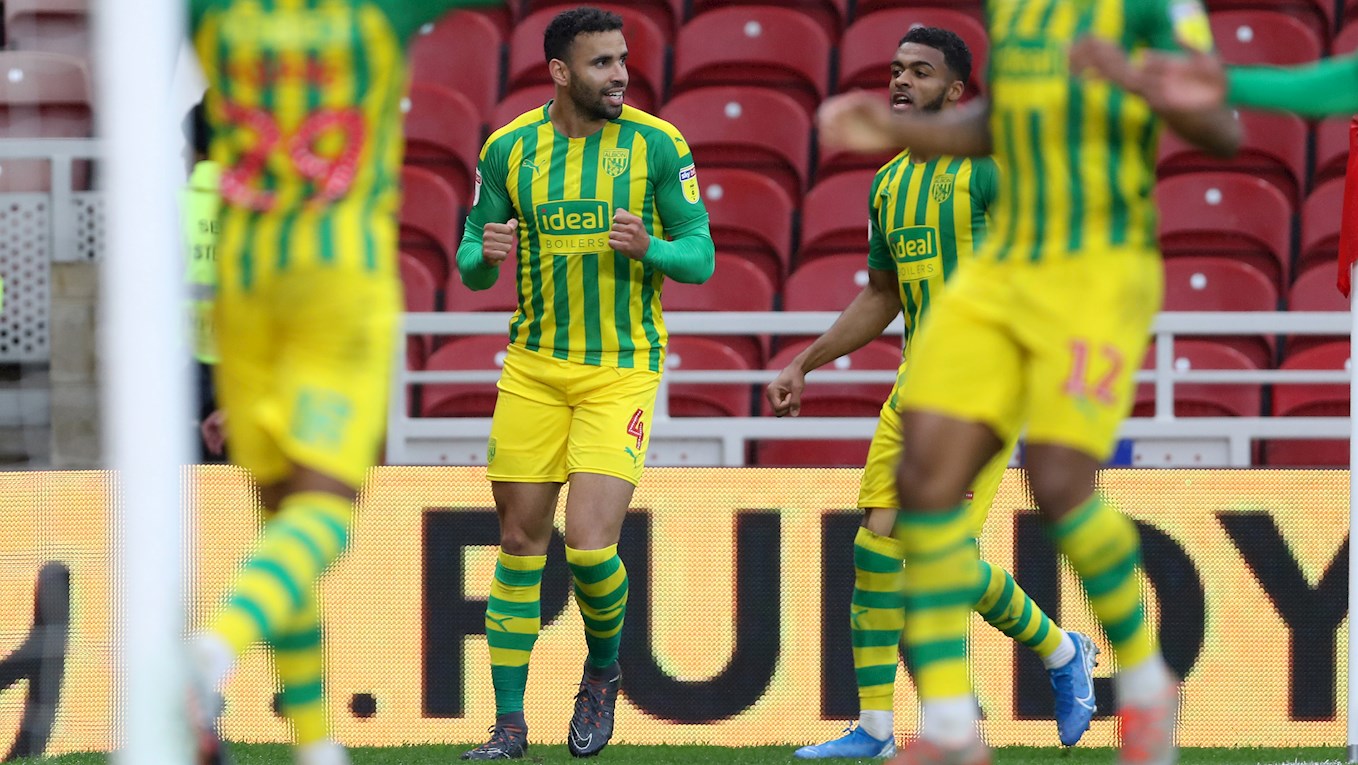 Slaven Bilić’s Baggies will search for their fifth away win of the season against Stoke City at the Bet365 Stadium on Monday night (ko 8pm).

In their most recent game, Stoke lost 2-0 at Millwall. Ben Thompson opened the scoring in the first half with his maiden goal of the season, before Jed Wallace's penalty 15 minutes from time secured the victory for the Lions.

Sam Clucas has played 16 games for the Potters this season, netting three times. The midfielder’s most recent goal was in a 2-1 win against his former club, Swansea City.

The 29-year-old has had spells at Hereford United, Mansfield Town, Chesterfield, Hull City and Swansea City before his move to Stoke City in 2018.

Albion most recently faced the Potters at the Bet 365 Stadium last February, as Dwight Gayle headed the visitors to a 1-0 victory on the road.

In the home fixture the Baggies also came out on top, with a 2-1 win in September 2018.

• The Baggies have lost just one of their 14 league games this season.

• Albion are the second-highest scorers in the league with 26 goals. Preston North End have hit the back of the net the most times, with 27 goals to their name.

• Bilić’s Baggies have scored in the last ten minutes in nine of their last 11 games.

• The Potters did not manage to win any of their first 10 league games, drawing twice and losing eight times.

• In the last ten meetings between Albion and Stoke the Baggies have won six, drawn two and lost two.

• Stoke have the worst home record in the Championship, gaining just four points at the bet365 Stadium this season (W1, D1, L5).

Matt Phillips notched his fifth goal of the season in an Albion shirt against Charlton Athletic having returned to the starting line-up following a minor leg injury.

The right winger has now matched his goal tally from last season and will look to surpass it against the Potters.

Three Albion stars made memories for many Baggies by posing for selfies and signing autographs at the Club Megastore in the week.

Some very happy half-term faces at The Hawthorns 😁📸 pic.twitter.com/ThEGE9dIj4

The referee for Saturday’s fixture will be Timothy Robinson, and he’ll be assisted by James Mainwaring and Mark Jones - with Graham Salisbury acting as the fourth official.

Robinson most recently officiated for Albion's 4-2 win against Huddersfield Town at The Hawthorns earlier this season.

The Baggies' allocation has been increased twice, with 2,557 seats now available after supporters quickly bought up more than 2,000 tickets for the fixture.

WBA Radio is the only service that allows Baggies fans around the world - from Smethwick to the Sahara - access to uninterrupted live commentaries from every one of our competitive games. iFollow subscribers can join Gez Mulholland and Drew Williams for Baggies-biased live commentary on Monday.